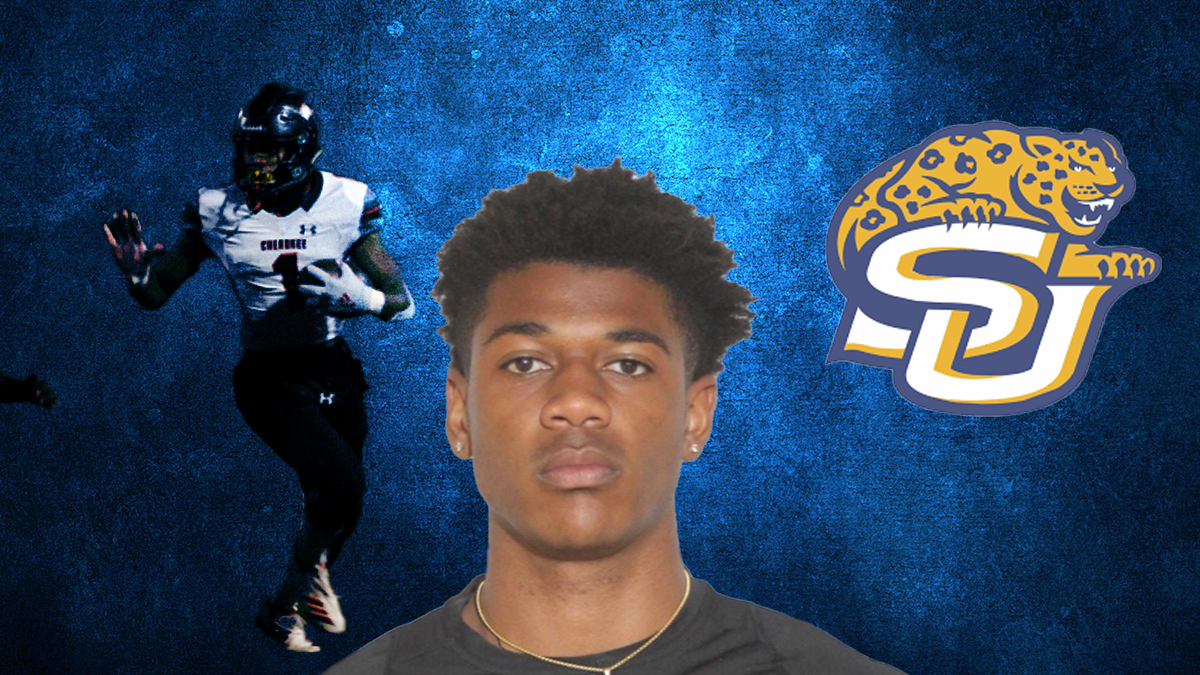 Devin Ellison says current issues and comfort with a coaching staff the cares about him as an individual won him over.

The talk around HBCU sports in general and HBCU football specifically has been around a “culture shift” in which more student-athletes consider HBCUs.

But even before this new-found consciousness and promotion of HBCUs, Southern University assistant Christopher Clark and his fellow coaches began a social media campaign with the hashtag #CultureShift.

Canton, GA’s Devin Ellison, a wide receiver from the 2021 class, has bought in and decided to commit to Southern University.

Ellison said that recent events in the country helped push him toward going to an HBCU, and the coaching staff at Southern sealed the deal.

“It gave me a lot of thoughts about what is going on in the world right now, and I took my time. The coaches reached out,” Ellison said. “They made me feel comfortable. It was a hard choice with the other choices I had but I think it was time for me to make a decision and I’m just ready to play ball.”

Western Kentucky, Western Michigan, Nebraska and Michigan State are some of the schools that Ellison said have shown interest in him. He will attend a post-graduate year at USA Academy in Alabama before joining the Jags for the 2021 season.

Ellison said he could tell the coaches were interested in him as more than just an athlete. He mentioned a conversation with wide receivers coach Vincent Marshall as a big deciding factor.

“He wasn’t only talking about football. He was giving me real life information about a lot of other things,” he said. “Not only about football—about my life after football. He’s going to help make sure I become the man that I’m supposed to be. I’m just super excited.”