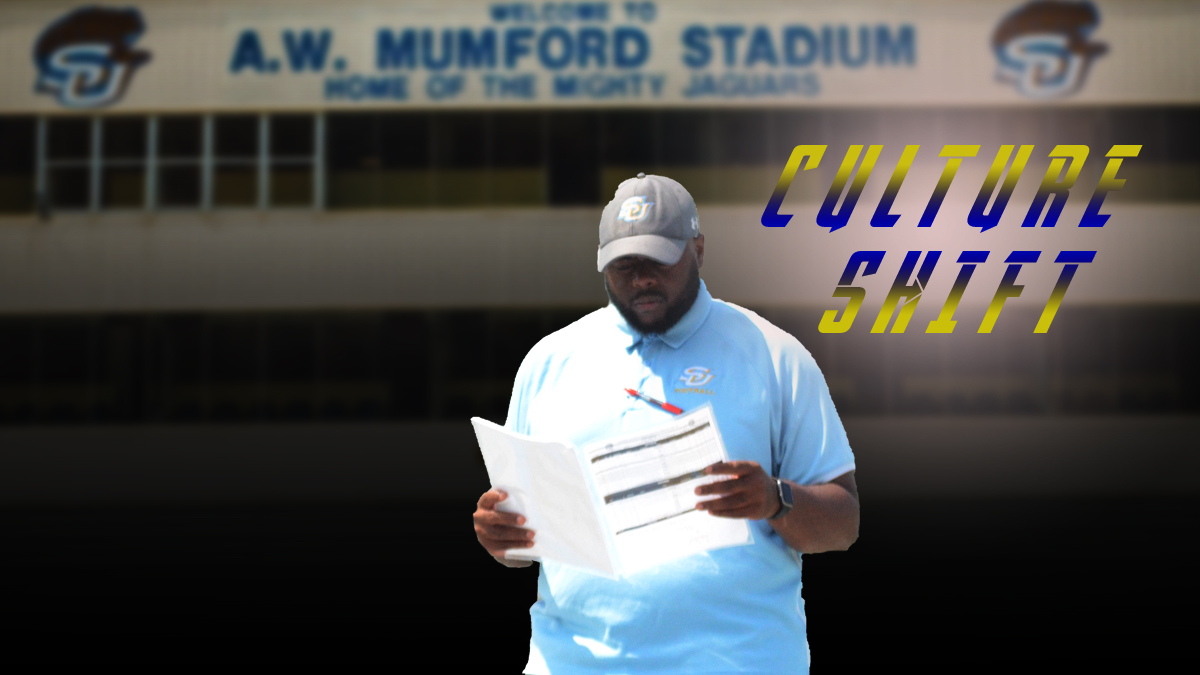 After convincing a talented recruit to pick an HBCU over SEC schools, Southern University assistant Chris Clark is pushing for more.

Jemele Hill’s column “It’s Time for Black Athletes to Leave White Colleges”shook up not just the sports world, but non-sports outlets as well.

The Atlantic columnist and long-time sports journalists’ assertion that the top black talent should join HBCUs started a firestorm of debate, commentary and outright hate about even suggesting what would amount to a huge culture shift in college sports.

While many people balked or turned up their nose to the idea (including a brother who was so damn bothered that he got off vacation to go on Fox News to denounce it), it was right on time for Chris Clark. The Southern University football assistant had been using a hashtag on Twitter and other social media to promote HBCUs overall, not just Southern, since early in the year.

“If you become a teacher, doctor, plumber, cook, artist, producer, preacher, writer, etc you want to be the best in that and make a change for your culture,” Clark says he told the student-athlete.

That student at the table was Bertrand Carrell. At the time he had several offers from not just FBS programs, but Power Five schools, including LSU. Being a Baton Rouge native himself, Clark could identify with him and though many people thought he and SU didn’t have a chance, he was confident.

“I felt like it wasn’t going to be a big fight,” Clark said. “I just had confidence in myself and knowing that the love of the school would draw him in. Everyone just showed him real love that weekend. I just knew we had to close the deal that weekend.”

And that he did as Carrell committed following his visit. While news of the defensive back turning down offers from bigger programs to come to SU was greeted generally with excitement, there was some backlash. Many people on social media questioned his decision-making or whether or not his offers were actually real.

While that might deter some people, Clark said it didn’t phase the young man.

“The type of kid he is, he wasn’t worried about backlash. He just wants to get his education and play football.”

More Than A Hashtag

Since then Clark has grown the idea that started at a kitchen table to a hashtag used by kids all across the recruiting landscape. Even kids who decided not to attend Southern University are using the hashtag. But for Clark, it’s not just about retweets and likes, it’s about a change in mentality.

And while Clark would love to get more players like Carrell, he realizes it won’t always happen. And that’s okay.

“You’re not gonna be able to win every time but if you really love these kids, you’re going to be happy for them wherever they go,” Clark said. “You do what you have to do to shift the culture wherever you go.”

The day that Hill wrote about may be far off in football and basketball. And it’s very possible it may never come. But for Clark and others who believe in HBCUs and know their power, as long as there is a possibility, the marathon will continue.