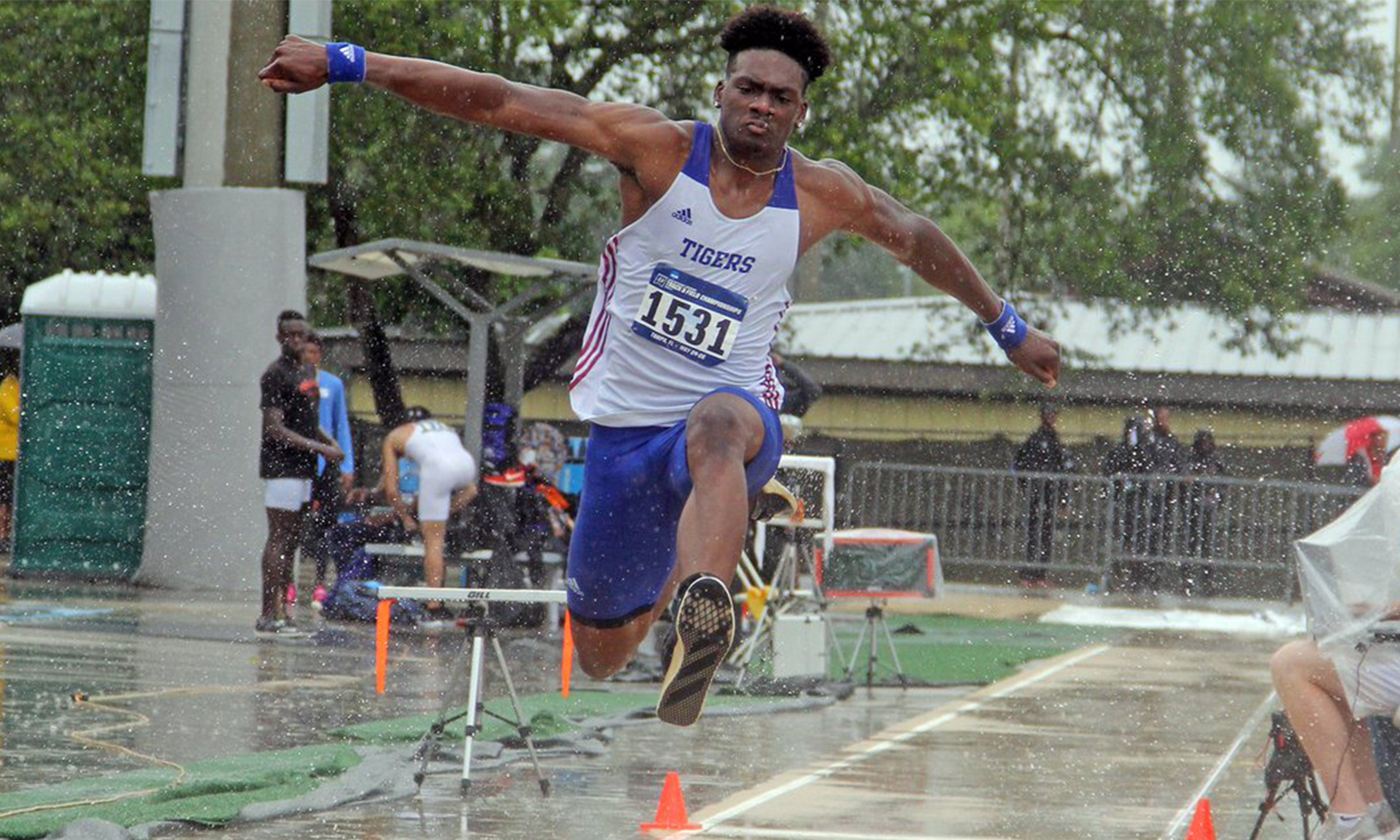 What will the Flying Tiger do for an encore next year?

All-star jumper R’Lazon Brumfield, whose junior year was cut short due to the COVID-19 pandemic, used the short three-month indoor season to leave his mark on the Ohio Valley Conference record book.

The Flying Tiger has competed in the triple and long jump at Nationals, accumulated twelve OVC medals, garnered four Athlete of the Year titles and qualified for regionals in each of his three years in blue and white. Breaking an OVC record was on the horizon for the Jacksonville, Florida, native.

The Tiger has continually improved his triple jump mark starting out with a personal record of 15.31m at the end of his freshman indoor season, then stretching his limbs to leap 15.90m meters as a sophomore at the Hoosier Hills Invite last year.

Following a gold-medal performance in the long jump on day one of the OVC Indoor Championship, Brumfield did what only one Flying Tiger has done before. Brumfield leapt into the championship record books with a 52’02.25” (15.98m) mark in the triple jump – a personal best, joining former Flying Tiger, Quamel Prince (800m) in the record books.