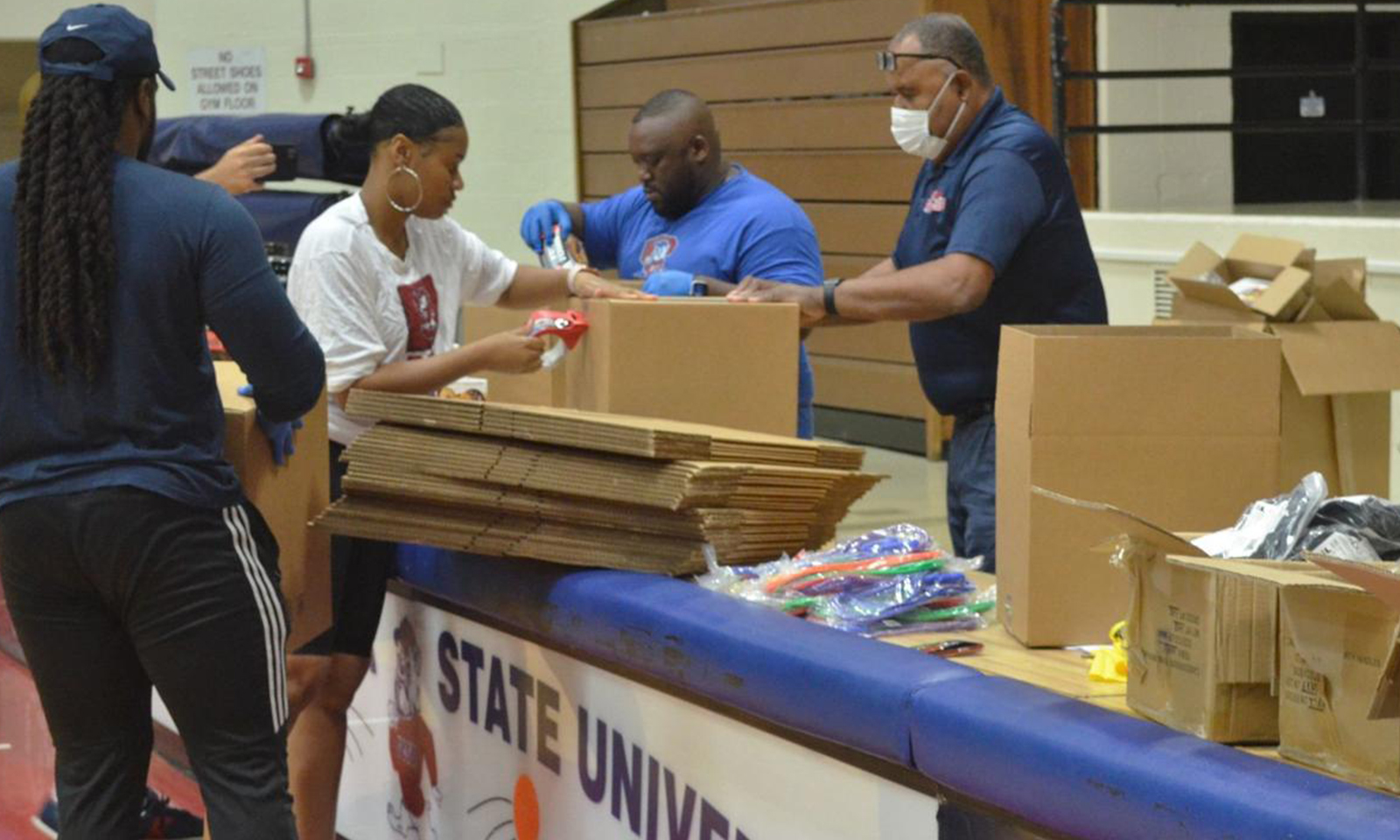 Bulldogs looking out for Bulldogs in a time of need.


ORANGEBURG, S.C.—After COVID-19 put a damper on sports throughout the country, the department of athletics decided to make sure their student-athletes were not forgotten.

Director of Athletics of Stacy Danley started a conversation about an idea that was implemented by West Virginia University that would give the Bulldog student-athletes a surprising uplift.

“I was thinking of how we can let our student-athletes know, hey we still care and we are all in this together, despite our current situation,” Danley said. “I read an article on how WVU sent care packages to their current student-athletes and I thought it was an awesome idea.”

Danley worked with a team that featured various parts of the athletic department to make this idea a reality. He leaned on sports medicine, equipment operations, strength & conditioning, media relations, and various head coaches for coordination.

South Carolina State decided to send boxes to student-athletes who would be back on campus during the fall semester and competing with their teams for the 2020-21 season. No current seniors from the fall and winter sports and no recruits received a shipment.

From there, S.C. State followed NCAA guidance for packaging and sending boxes.

There were some variations for specific individual needs, but a typical box addressed protein bars, protein packets, nutritional snacks, drink shakers, etc. Also included in the care package were a  sport-specific workout plan along with a jump rope and elastic band for stretching purposes.

Danley said the contents and the shipping of each box combined to cost about $75 each. The idea is that the boxes should last for a while, and some items can cover about 30 days.