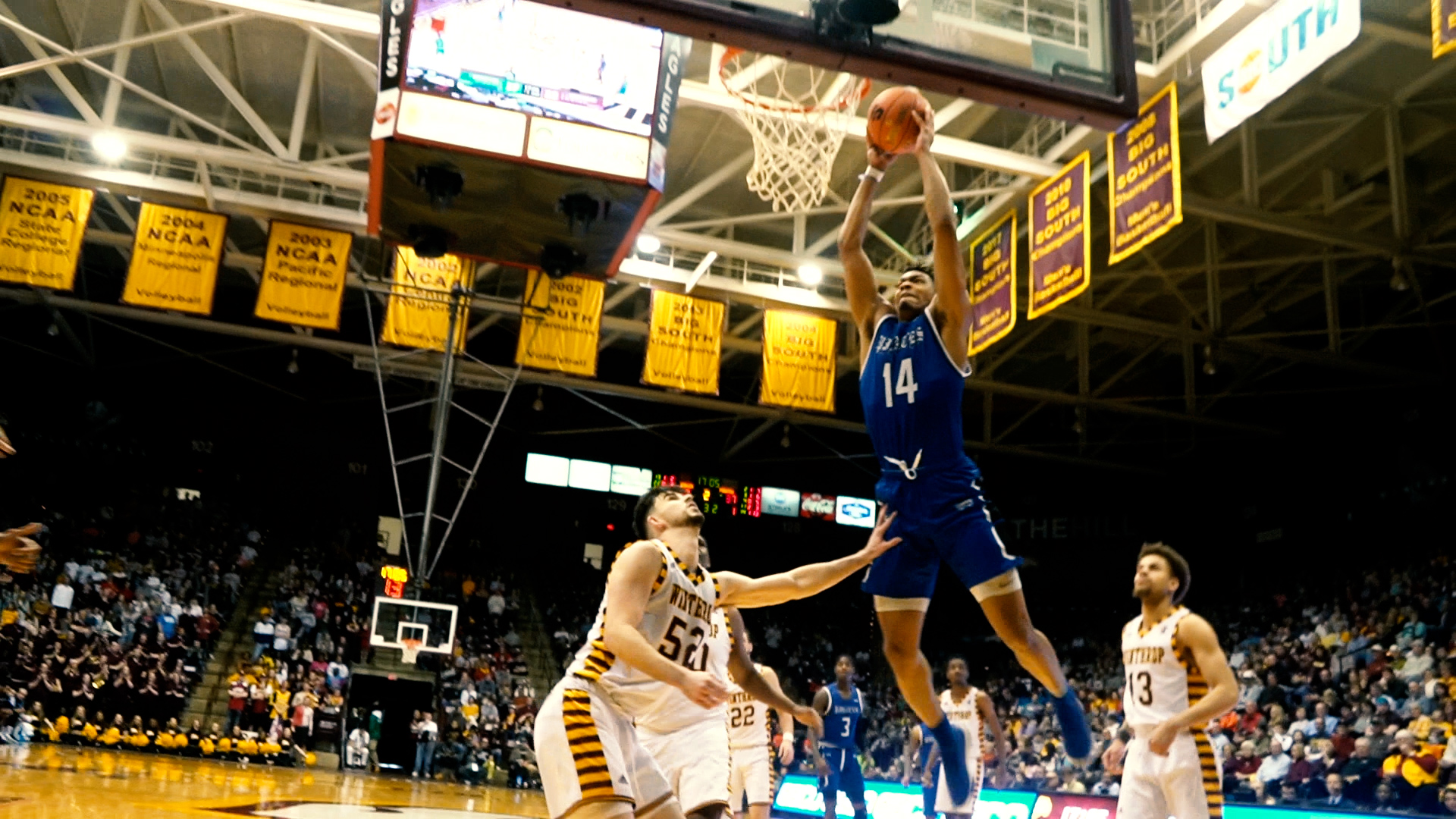 Hampton reloads for another shot at the Big South Championship.

“We addressed several needs with this group,” Joyner said.  “Bringing in a true point guard who can score when needed, along with depth and presence inside hit on key areas that we wanted to with this class.”

Amir Nesbitt is a 6-2 point guard who finished his high school career at The Miller School after starting at Menchville High School.  He averaged 14 points per game, six assists and five rebounds per game at the Miller School.

JOYNER ON NESBITT: He brings maturity to us in the back court as he can play the point and two-guard spots.  He’s a local young man that continues to help show our main effort in keying on the 757 in recruiting.”

Najee Thomas joins the team after two years at Brunswick Community College (NC) where he averaged seven points and six rebounds per game.  He scored 28 points and had 15 rebounds against Central Carolina.

JOYNER ON THOMAS: At 6-10, he is a freakish athlete who runs the floor and finishes strong.  He will add interior size with an immediate presence for us especially on defense”

Nesbitt and Thomas will be joined in the second semester next season by a pair of local transfers from Old Dominion University in Marquis Godwin and Dajour Dickens.

Dickens is a 7-foot center from Bethel High School who appeared in 35 games in 2018-19 and ranked in the top 60 nationally in blocked shots with 59.

JOYNER ON GODWIN/DICKENS: Both of these guys were important local additions for us who have significant experience playing on ODU’s NCAA Tournament team.  These two will join us as we come into the conference slate and will give us an immediate bump of experience.”

Transferring to Hampton this year is Raymond Bethea, Jr. from Howard.  A 6-6 guard from Atlantic City, N.J., he will sit out as a transfer this year but will have two years of eligibility starting in 2021-22.  At Howard he saw action in 24 games this season averaging 4.5 points per game.  In his freshman season he scored a season-high 14 points against Hampton.  He was one of the high scorers in New Jersey High School history.

JOYNER ON BETHEA:  He will provide versatility and length for us on the wings.  Ray can create his shot and will give another athletic body to crash the boards.”

For more information on Hampton University men’s basketball, please contact the Office of Sports Information at 757-727-5757 or visit the official Pirates website at www.hamptonpirates.com.