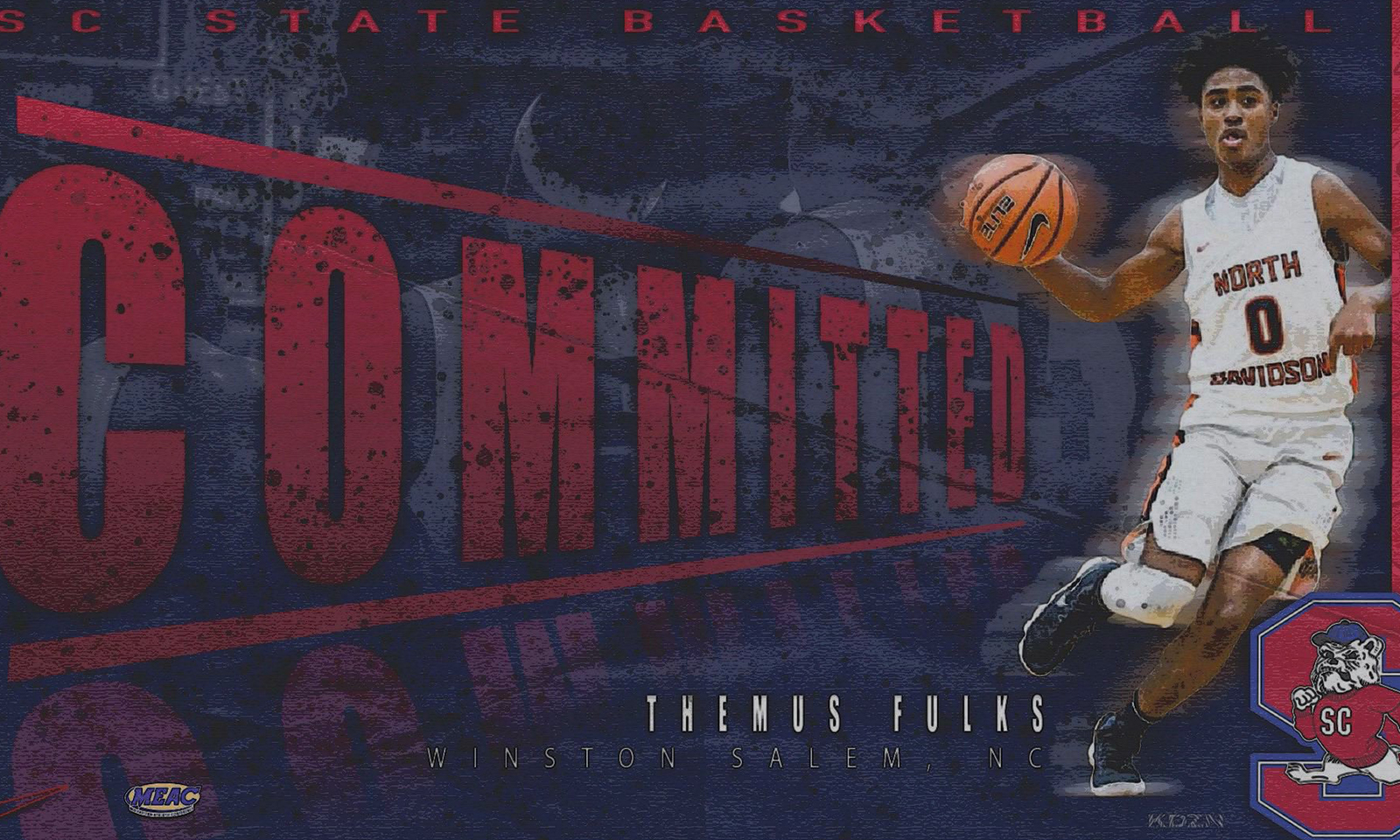 Themus Fulks (6-2, Guard) first caught the Bulldog coaching staff eyes when he attended the Bulldog Elite Camp in the summer of 2018.   A graduate of North Davidson High School (Lexington, NC) where he had an illustrious high school career leading the state of North Carolina in scoring at 35.2 ppg, while scoring over 1,000 points in a single season. During the state playoffs the sharpshooter averaged 41.7 points per contest and posted 30 or more points in 17 consecutive games during the regular season. Last season he attended Moravian Prep where he tossed in a team-high 20 points, 9.6 assists, 7 rebounds and 1.2 steals.

GARVIN ON FULKS:We are happy to add a player of character and scoring ability that Themus Fulks possesses.  His numbers speak for itself and we have been recruiting him for about three years now and to finally sign him is a credit to a lot of hard work by my assistant coaches. Themus attended our summer elite camp back in 2018. Bulldog fans this young man will keep you on the edge of your seats with his play making ability plus his fearlessness to attack the basket!

Floyd Rideau, Jr. (6-5, Guard) a guard than can scored on all three levels averaged 20 points and 5 assists and 4.0 rebounds at United Prep during the 2019-20 season. The Lake Wales, Florida native also earned First Team All-Conference honors.

GARVIN ON FLOYD, JR:Floyd may be the most versatile player in our class. His length will allow him to guard multiple positions and serve as a lock down defender while also being able to score the ball from anywhere inside half court.

Brandynn Manning (6-3, Guard) attended Merritt Community College in Oakland, CA where he averaged 18 points a game. Manning led the state of California in three-point percentage shooting 51% from behind the arc, earning him All-Conference honors. He attended the JUCO Top 100 players camp in Atlanta, Ga.

GARVIN ON MANNING:Brandynn will bring a outside shooting touch that is highly coveted by any coaching staff. He can score from all three levels and can create his own offense.  He is the 1st Bulldog signed from Cali since Darnell Porter back in 2009. We hope that he can have the same production as Porter while in a Bulldog uniform.

Sebastian Guitian (6-10, Forward) attend the top-ranked junior college in the country at Florida South Western this past season. Guitian played his prep career at Palm Beach Atlantic after spending three seasons at Westwood Christian in Miami, Florida. During his senior season he averaged 23.6 points, 11 rebounds and was named All-Dade County for his efforts.

GARVIN ON GUITIAN: Sebastian will bring great size and versatility to our recruiting class that was left void by the graduation of Applewhite, Fields, Bottenburg etc.

Latavian Lawrence (6-6, Guard) from Silver Bluff, SC attended Gray Collegiate Academy last season where he averaged 12.1 points, 5.1 rebounds and 1.3 steals per contest. Lawrence earned All-State and All-Regions honors and was named 2-A Region Player of the Year for the War Eagles.

GARVIN ON LAWRENCE: We are thrilled to have signed Latavian Lawrence, one of the most athletic players in the state of South Carolina coming from one of the state championship teams in Gray Collegiate. Lawrence coach by one of the best coaches in the state in Dion Bethea was named 2-A Player of the year, All-State and All Region, while leading his team to their 3rd 2-A State Championship in a row. Standing at a sturdy 6’6 Latavian will be able to guard five positions and bring a high level of versatility to our roster.