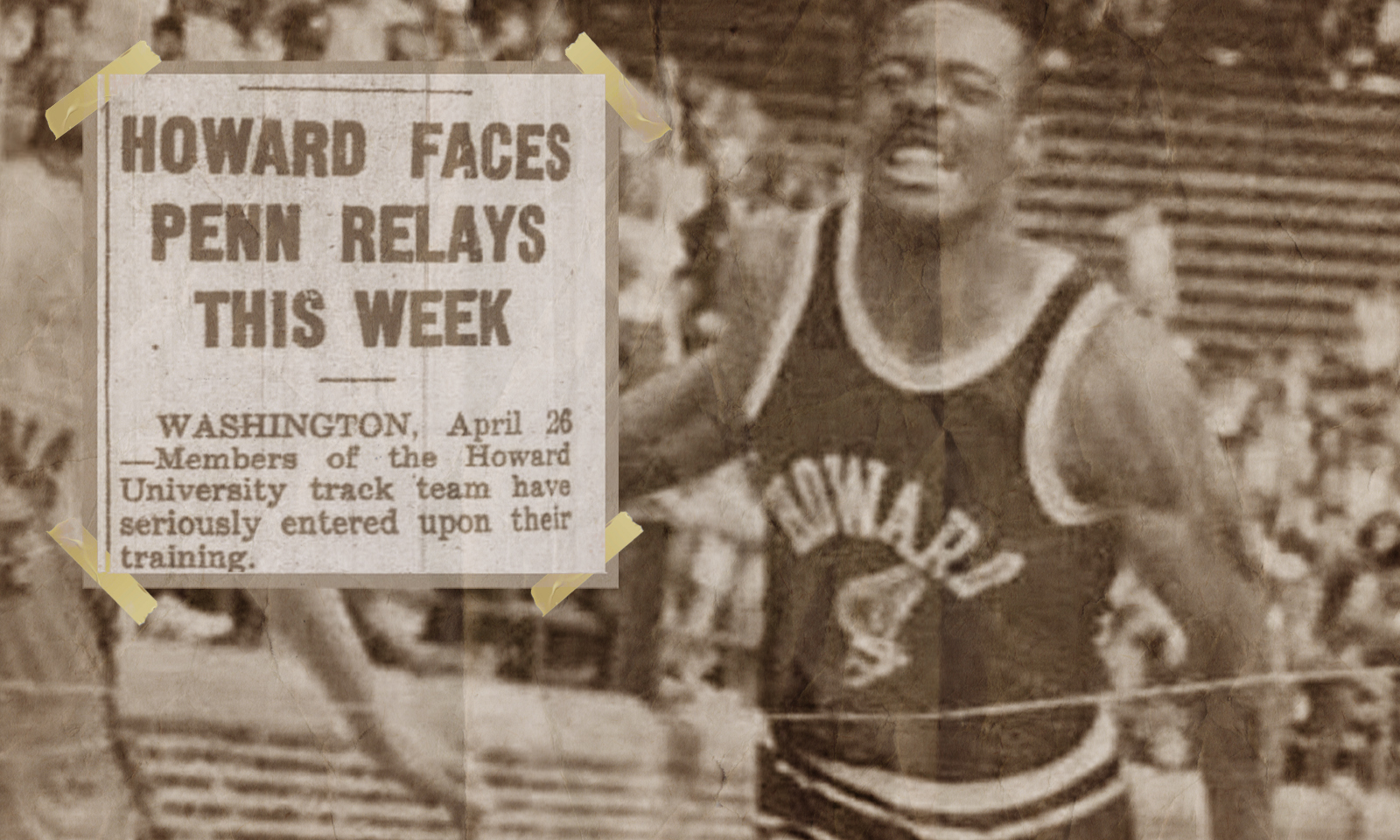 Bison’s Run of the Century

For the first time in 125 years the Penn Relays didn’t happen, coincidentally it was also 100 year anniversary of HBCU’s running in the event.

WASHINGTON, D.C. – Every student-athlete who has entered the Howard University track & field office in the basement of Cook Hall has had the chance to admire the four circular plaques mounted on the wall. Engraved in gold are the words, “University of Pennsylvania Relay Carnival.”

Although many schools are now given the chance to compete at this high level meet, Howard was among the first Historically Black Colleges and Universities (HBCUs) to be granted admission to compete in 1920.

This past weekend (April 23-25) would have been the 100-year celebration of HBCUs competing at the historic Penn Relays; however, due to the coronavirus (COVID-19), this year’s festivities were canceled.

“We must make sure everyone is safe during these unprecedented times,” Howard Director of Track & Field David Oliver said. “When the time comes, we’ll be ready for the event.”

In 1942, Xavier (La.) became the first HBCU relay squad to win at the illustrious event, setting the standard in the men’s 440-yard relays. The team had Pittsburgh native Herb Douglas as its leadoff man, a three-time state champion (100-yard, 220-yard, & long jump) in high school. He received numerous offers, including his hometown University (Pittsburgh), but the Pitt Panthers refused to offer him financial aid; instead he accepted a scholarship from Xavier’s coach Ralph Metcalfe.

“The first year we were eligible, we came back up in 1942 and beat Pitt in the 440 relay,” Douglas recalls. “To win a championship at the Penn Relays, we could say was the equivalent of winning an Olympic medal.”

Now at age 97, Douglas has remained a Penn Relays official long enough to celebrate the 100th year of HBCU participation in 2020.

In Howard’s history, the relay events have been a cornerstone throughout generations of Bison with a plethora of All-Americans, including the 4×400 relay squad of Richard Louis, Kenny Wilson, David Charlton and Oliver Bridges that won the 1983 Penn Relays Championship of America.

“It was a great experience,” said Bridges, who was the anchor on that championship relay team. “When you win the Championship of America at the Penn Relays, it’s an awesome accomplishment. It took a superb team effort.”

William “Bill” Ritchie, a 1971 HU graduate, holds the distinction of being the first known NCAA All-American in school history, competed in the Penn Relays where he was a member of the 1967 squad that took home the gold in the freshmen consolation mile. Ritchie’s team included Ron Lassiter, Tyrone Malloy and Paul Mathis.

“It was my honor to represent Howard University [at the Penn Relays],” Ritchie recalls. “The event was like no other in the track and field world, except for the Olympics. The Penn Relays created memories that will live with me forever.”

Howard has its list of Bison in the history books, with names like Theresa Allen, Zachary Jones, Brenda Bailey and former Olympic and Howard coach Bill Moultrie, just to name a few.

Oliver, a former Olympian and Penn Relay champion in the 110 hurdles, was eager to see what this year held for all the team in the storied event.

“This was destined to be a huge edition of the Penn Relays from a HBCU perspective,” Oliver commented. “I think all of us were looking forward to this special edition. The cancelation of this year’s event, while unfortunate, is not a denial of an opportunity for the HBCUs; it is just a dream deferred for another year.”

Oliver (2000-04) knows how special it is to run at the Penn Relays. During his senior campaign under coach the late Coach Michael Merritt, he was a member of the 4×400 relay team that was victorious in their section. Later, he also competed professionally in the shuttle hurdles where the squad set a world-best performance.

In 2018, Oliver returned to his alma mater where he saw long jumper Dominique Cleggett take first-place at The Relays, becoming the first HU female student-athlete to win an individual event since 1985.

“It was a cool experience competing against some of the top student-athletes in the country,” said Cleggett. “It was awesome. I am glad that I had the opportunity to be there.”

There is no denying Howard amongst other HBCUs brought a powerful presence to Penn Relays during each year of participation. And when things return to normal, it hopes to continue to do the same.

The University of Pennsylvania conducted a digital version of the renowned event Friday (April 24) from noon to 5 p.m.

Bison’s Run of the Century