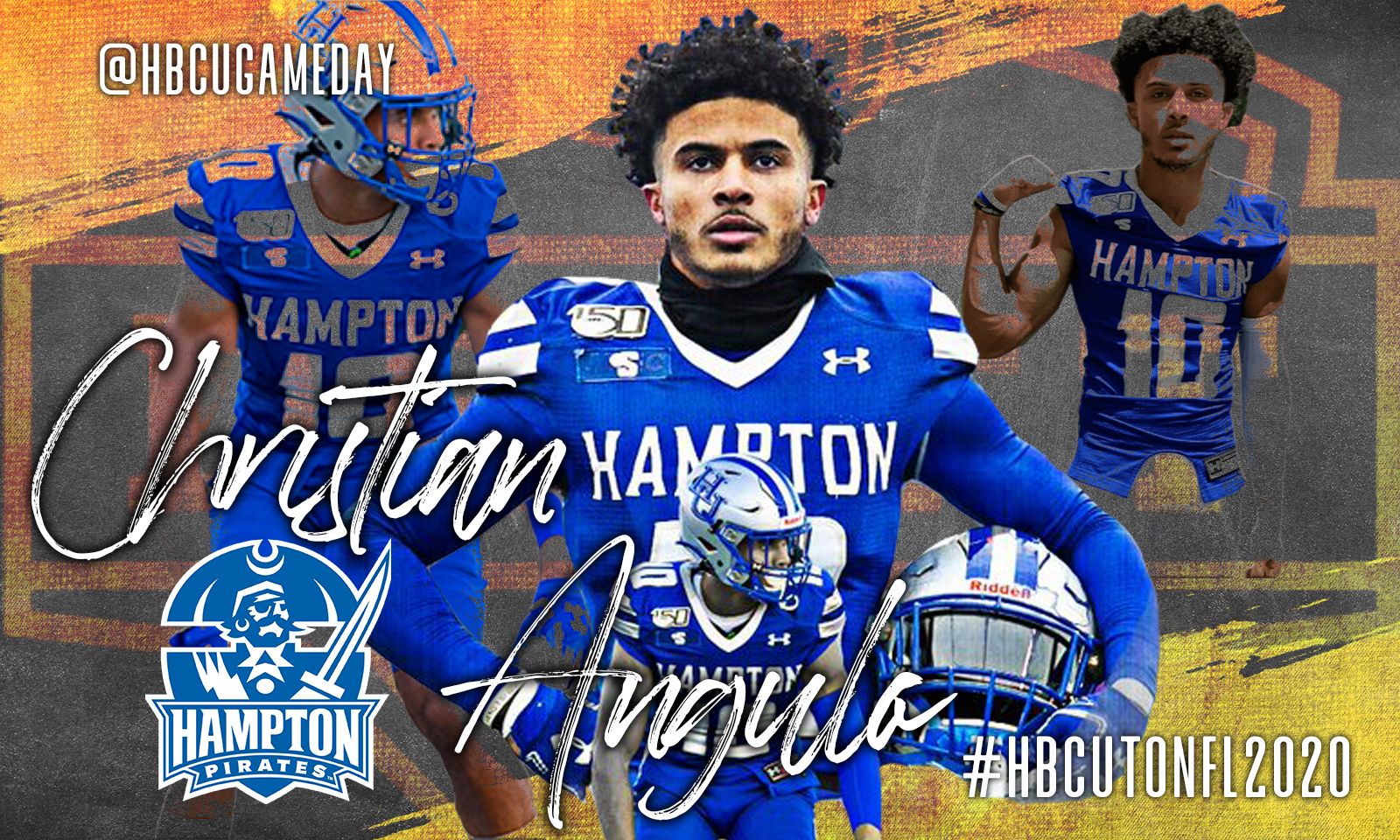 HAMPTON, Va. – It was announced late Saturday night that Hampton University defensive back Christian Angulo had agreed to terms on a NFL free agent contract with the New York Giants.

“I am very excited for Christian and his family,” said Hampton University head coach Robert Prunty.  “I think the New York Giants not only got a good football player, they got an outstanding young man.”

Angulo was the Defensive MVP of the Chicago Football Classic with five pass breakups, three tackles and one interception in the win over Howard.  He finished fifth in FCS with 14 pass breakups with a season-high four tackles against Monmouth.  Angulo was also named to the Big South All-Academic team, along with being a second-team All-Big South Conference honoree.