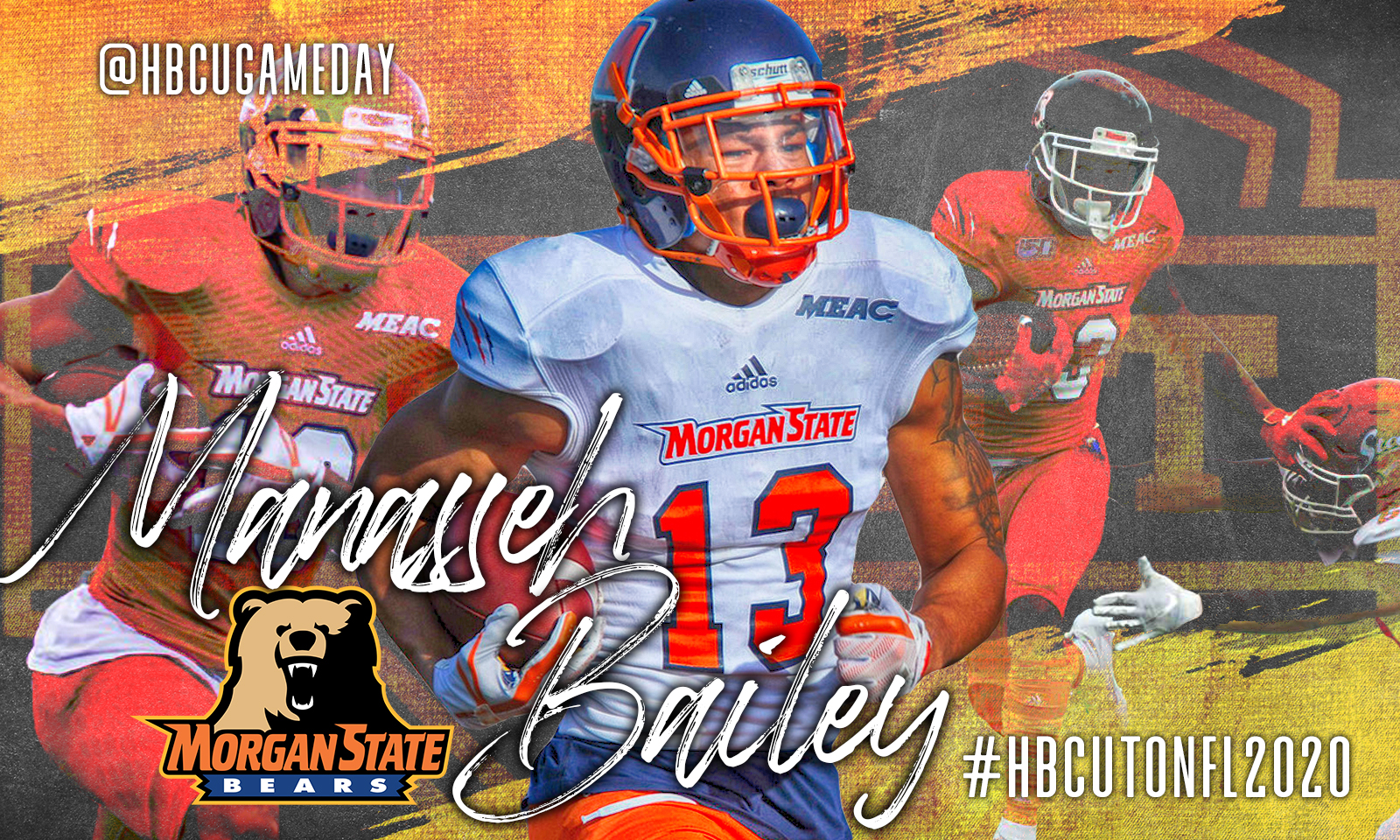 The speedster gets an UDFA contract in Philly

Bailey finished 2019 season as Third Team All-MEAC honoree and set school records in a number of categories during his final collegiate season.

The Capitol Heights, Md., native finished the season ranked third in the MEAC in receiving yards (996) – it ranks as the second-highest total in Morgan State history behind Clarence Holzendorf (1,702 yards in 1993). Bailey also ranked among the league leaders: third in reception touchdowns (10), fourth in receptions (54), sixth in scoring touchdowns (11), and eighth in scoring (68 points).

Bailey is a 6-foot-1, 195-pound prospect with blazing speed (4.39 in the 40-yard dash) to go along with his production. He had three catches for 50 yards and a touchdown in the Tropical Bowl.