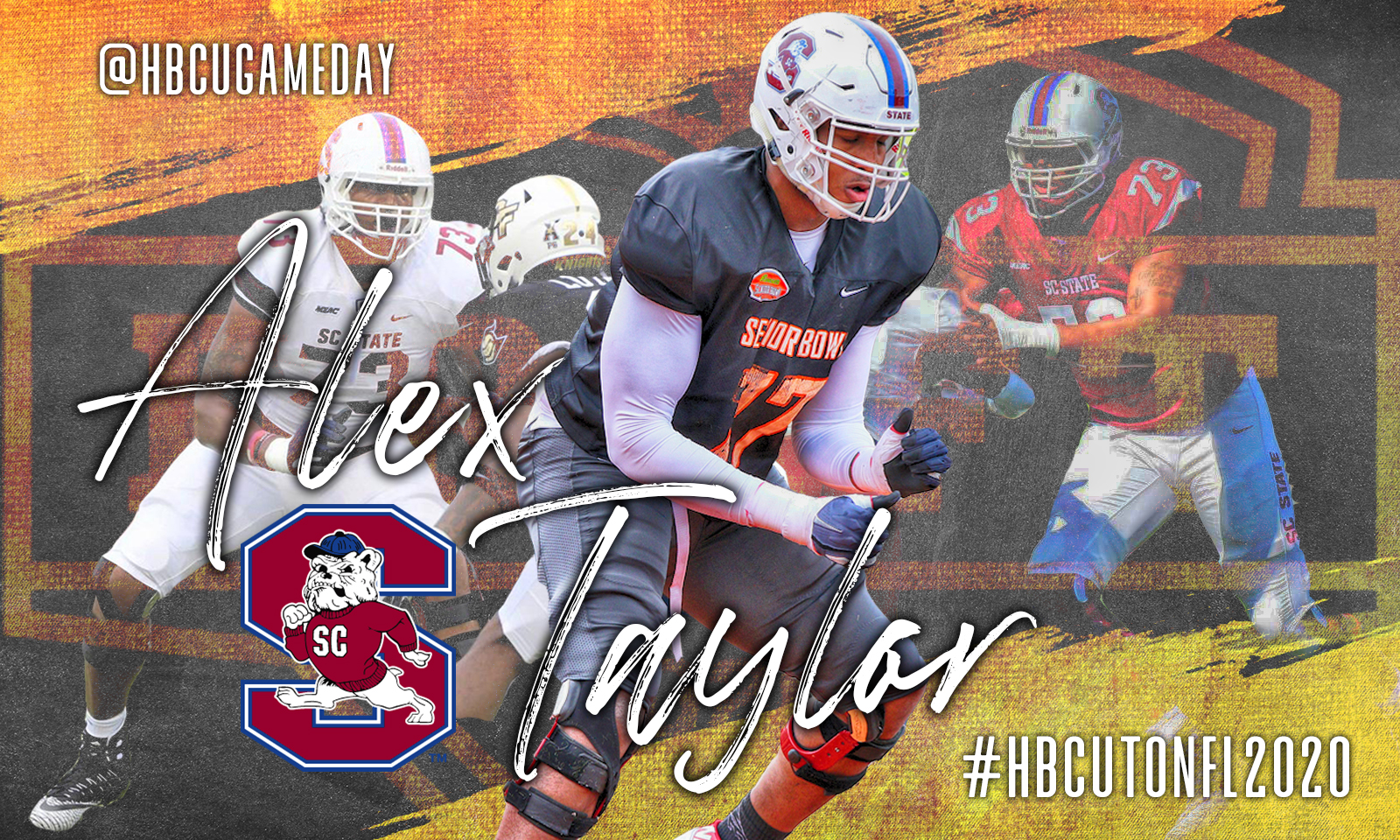 South Carolina State has been a pro football factory for decades, and that continues in 2020

The 6’8 tackle started his athletic career as a basketball player at Appalachian State before transferring to SC State. He hadn’t planned on playing football, but hall of fame coach Buddy Pough had other ideas.

Taylor was hoping to be the second SC State player taken in the last three drafts. Former SCSU linebacker Darius Leonard was selected in the second round of the 2018 draft and is well on his way to a star-studded career. Heading into the draft, Taylor was thought to have been off the board as early as the 3rd round or as late as the 6th or seventh.

He will join a Cleveland Browns team that remains in perpetual rebuilding, which may prove to be a blessing for the former power forward-turned-NFL offensive tackle.