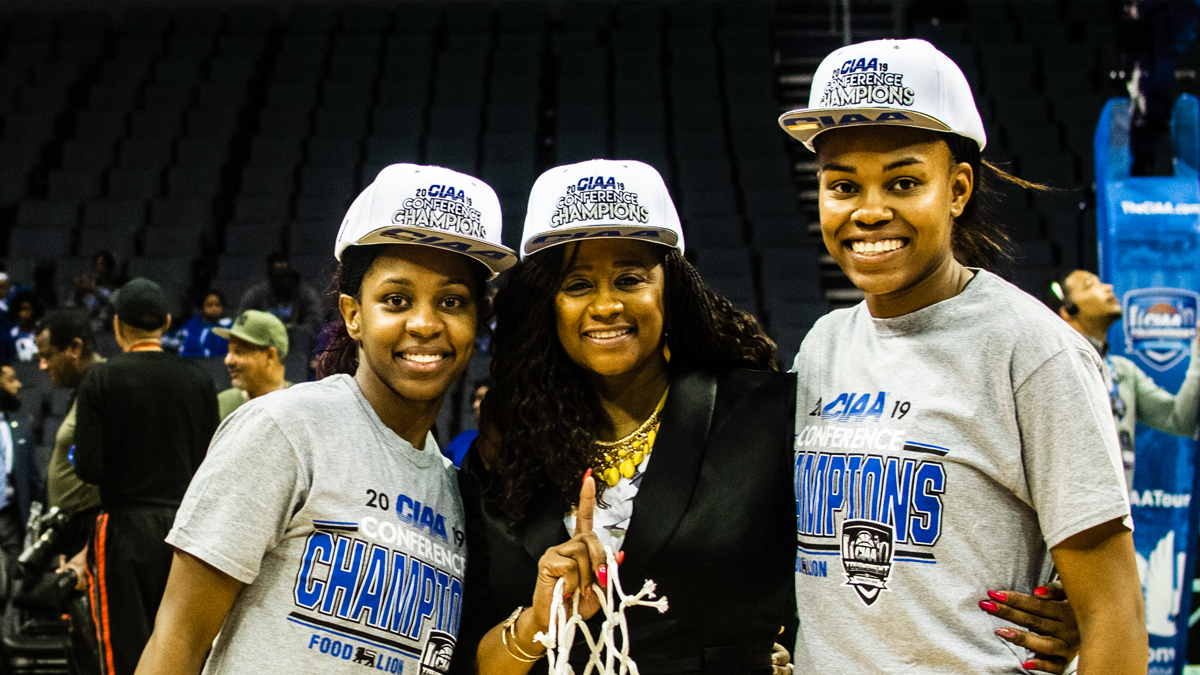 After building a legacy at Virginia Union, AnnMarie Gilbert is leaving the CIAA.

One of the most successful and charismatic HBCU basketball coaches is leaving the building.

AnnMarie Gilbert, the architect of the Virginia Union women’s basketball superpower, has taken a job as head coach in Division I. Gilbert was announced as the new head coach of the Detroit Mercy Titans.

Gilbert was widely successful in Richmond, as she led VUU to a 135-18 record and an academic GPA of 3.3 over five seasons, including five trips to the NCAA Division II Tournament and a national title game appearance in 2017. Gilbert helped Virginia Union capture three conference championships (2016, 2018, 2019).

Assistant coach Danielle Dawson will take over as interim coach, according to Virginia Union release.

“Our women’s basketball program has enjoyed outstanding success, both academically and athletically, under Coach Gilbert’s leadership. I extend my thanks and appreciation for her many contributions,” said Athletic Director Felecia Johnson. “Coach Dawson will help us build on that success as our team prepares for next season.”

“I hope to bring that same winning tradition to Detroit Mercy,” Gilbert said in a release.

It started in 2016 when she turned a program that was 9-18 to a 28-3 finish led by Kiana Johnson, who led the nation in scoring and assists. Gilbert won three-straight CIAA Coach of The Year Awards after arriving in 2016, and until the 2020 season every conference Player of the Year (Johnson, Lady Walker, Alexis Johnson, Sherika McNeill) was coached by Gilbert.

This will be Gilbert’s second stint as a Division I coach. She previously led Eastern Michigan to a 94-64 record in five seasons. Gilbert is the second former HBCU hire for Detroit basketball as it swiped Mike Davis from Texas Southern.

Gilbert’s legacy at Virginia Union and in the CIAA will last for years to come.

Even in her biggest defeat at VUU— a shocking semifinal defeat to Johnson C. Smith in the 2017 CIAA Tournament — Gilbert and her team found a way to turn it into a win. Instead of allowing her team to sulk after the loss, she kicked the team’s leading scorer off the squad and still found a way to ignite her team to a national championship run that fell just short against a perfect Ashland team.

The Gilbert Era won’t just be remembered for how many games or championships that she won, although those numbers speak for themselves. Gilbert brought a flair — whether it was rocking her stilettos on sidelines or making bold statements at the press conference — that brought extra excitement to the CIAA women’s game.

She will be missed in the media room, although I suspect the other coaches in the CIAA won’t miss having to recruit with her.