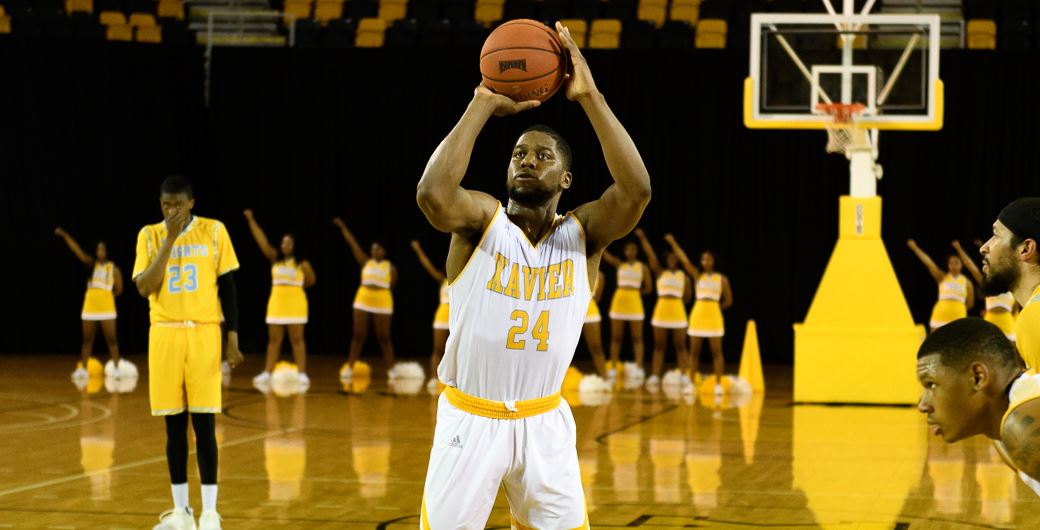 Although Loyd and Mart represent the 26th and 27th All-America honors in the program’s history, Loyd is just the second Gold Rush athlete to be named to the second team of higher. The other was Bruce Seals, who as a sophomore in 1972-73 made the first team.

“Wow, that’s pretty cool,” said Loyd, a 6-foot-5 senior forward from Baton Rouge, La., and a graduate of Madison Prep. “First of all, as usual, give God all the glory for this honor. I’m amazed. I’m thankful for being able to play the past two seasons at Xavier. I’m grateful for the fans, the staff, the faculty and the students.

“I’m also grateful to my parents and my family for supporting me and my decisions.”

Loyd transferred to XULA after two seasons at NCAA Division II Spring Hill and quickly became one of the team’s best and most reliable players. This past season he averaged 16.5 points and 7.2 rebounds per game and shot 57.7 percent from the floor and 71.7 percent from the line. Loyd was first-team All-Gulf Coast Athletic Conference and MVP of the GCAC Tournament, which the Gold Rush won for the first time since 1996.

Mart, a 6-3 junior guard from Houma, La., and a graduate of H.L. Bourgeois High School, also finished the season with 545 points and 16.5 points per game. He averaged 5.1 rebounds. Mart became the first in Gold Rush history to reach 500 points, 150 rebounds, 25 made 3-pointers, 70 assists, 50 steals and shoot 50 percent from the floor and 70 percent from the line in the same season.

In four seasons under head coach Alfred Williams, XULA has received six All-America citations. The other three were honorable mentions for Jalen David and Virgil Davison in 2017-18 and Loyd in 2018-19.

The Gold Rush finished 27-6 and also won the GCAC regular-season championship. XULA ranked 10th in the final coaches poll and qualified for the NAIA’s national tournament for the second time in three years and the 12th time in the past 16 seasons.