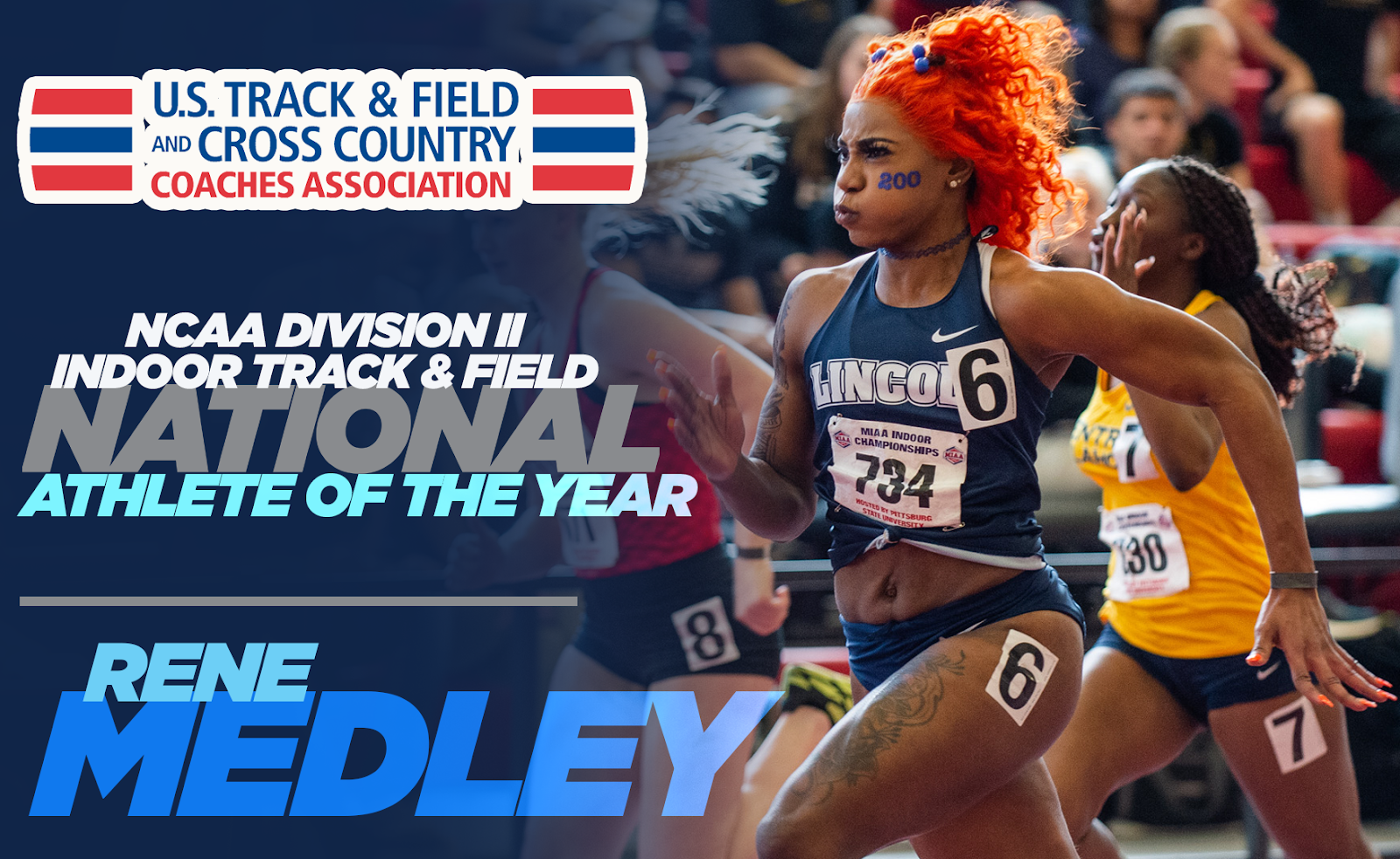 Rene Medley is the first Blue Tiger to win the award during the indoor track season.

Medley becomes the first Blue Tiger ever to win the award during the indoor season.Medley was the only female track athlete to lead the nation in multiple individual events. Her time of 23.57 not only led the country in the 200m, but was also the quickest time ever recorded on an oversized track in NCAA Division II history.

Medley also led DII in the 60m with a time of 7.37. At the 2020 MIAA Championships, Medley won both the 60m and the 200m, and ultimately scored 20 points for the Blue Tigers. She had qualified for the NCAA Division II Indoor Track & Field Championships in both events.