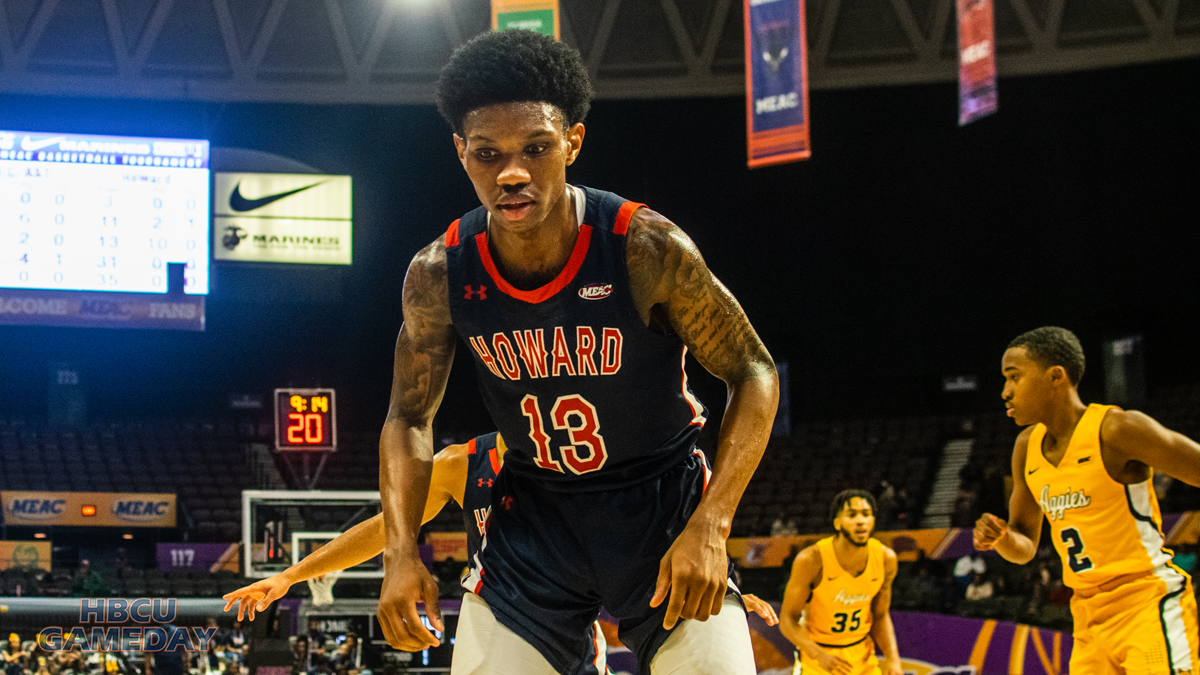 CJ Williams leaves Howard as the MEAC’s all-time leading scorer. But his legacy was cemented by his loyalty to the school.

It wasn’t the season Charles “CJ” Williams hoped for— including the ending — but if he had to do it all over again, he would.

When the final buzzer sounded on an 86-77 loss to A&T for Howard in the MEAC semifinals last week, it marked more than just the end of a 4-28 season. It marked the end of an era as Williams walked off the court wearing a Bison jersey for the final time.

Williams scored 18 points in the loss, bringing his career total to 2,404. No player in the 49-year-history of the conference has scored more points than the 6’6 senior from Richmond, VA.

“It was tough going through this season, based on our record. I’m thankful for everything coach (Kenneth) Blakeney has done for me, and I know moving forward that this program is in a better place than it was in the past.”

“This kid right here, no. 13, watch out for him. I think he’s gonna be really good in this league.”

Those were the words that Ed Hill, Howard University’s national treasure who worked in sports information, told me on the floor of the Corbett Sports arena back in Jan. 2017.

Howard was in Greensboro to face A&T during Williams’ freshman season. Sports information directors aren’t shy about talking up players, whether they are good or not, but Mr. Hill is a basketball connoisseur, so I took heed.

Williams made Hill’s words look prophetic as he proceeded to put up 30 points as the Bison beat the Aggies 78-63.

I was so impressed I followed him to Durham two days later. That night he looked like a freshman, scoring just eight points on 3-for-12 shooting. It was a below-average night for him, as he’d finish the season averaging 15.6 ppg in 30 minutes.