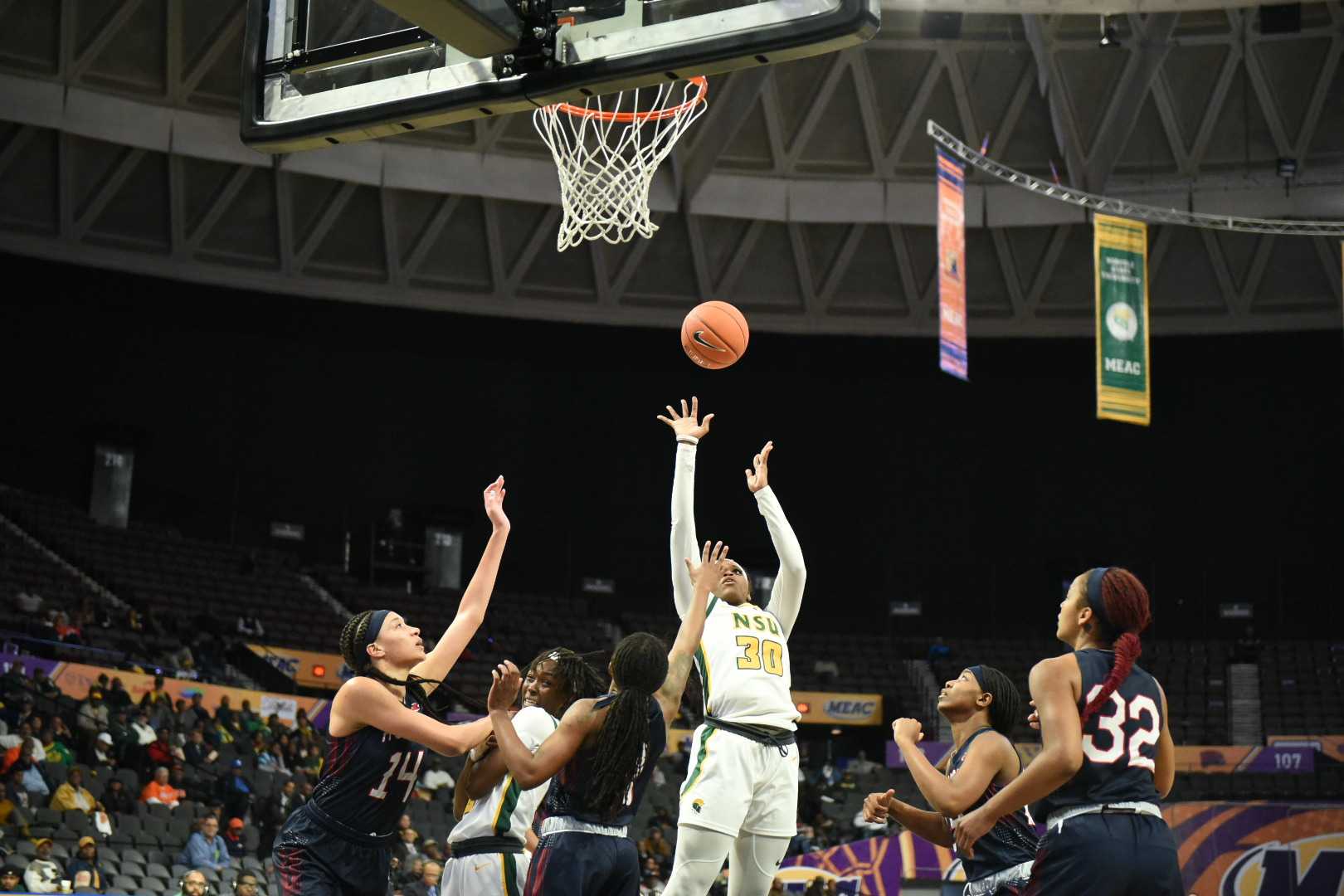 Lady Spartans strike the Bison from the jump

Outside of winning, another good way to open up a conference tournament is by beating your opponent by 31 points. Norfolk State did exactly that as the Lady Spartans defeated Howard, 76-46 in the second round of the MEAC Women’s Tournament.

The cause of the blowout boiled down to two things: points off turnovers and shooting percentage.

The Spartans were shooting hot from the jump, shooting 62.5 percent from the floor to start the game. This gave them a good start, but also a 15 point lead coming into the second quarter. HU’s slow start with nine points in the first quarter was a bad sign. Overall, the Lady Bison failed to score more than 10 points in the 1st and 3rd quarter.

The Lady Spartans shot 51 percent for the game and lead for 94 percent of the contest. An impressive statement for the highest seed remaining.