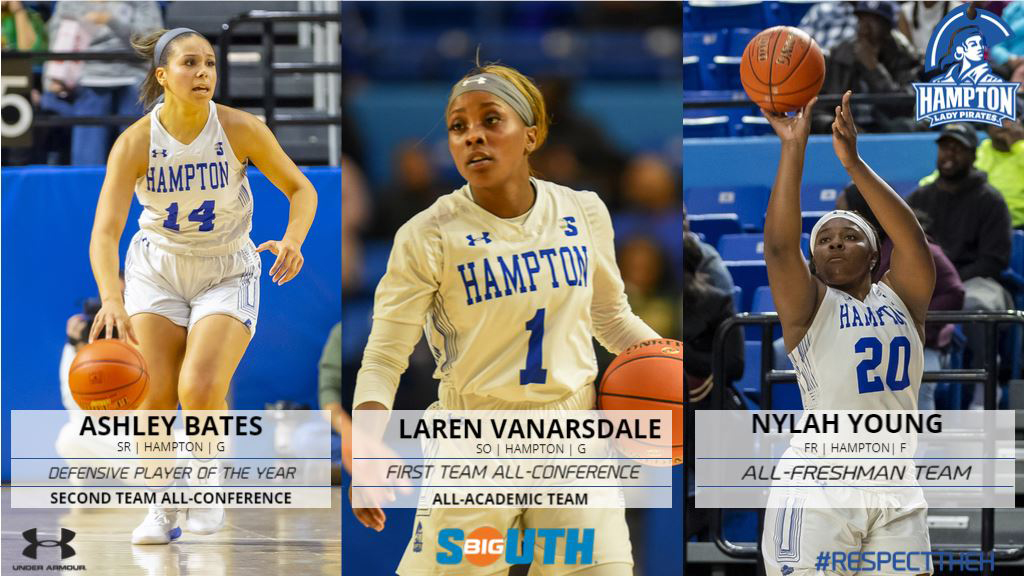 Sophomore Laren VanArsdale was a first team selection as well as an All-Academic selection.  Senior Ashley Bates was named to the second team All-Conference squad and earned her second straight Defensive Player of the Year, while freshman Nylah Young was an All-Freshman selection.

VanArsdale is averaging 15.2 points, 3.4 assists per contest and was named BoxToRow National Player of the Week for the week ending February 16.  She had seven 20+ points games and seven games of six or more assists with a season-high 31 points against Longwood. She finished first in scoring, and was second in assists on the team. In the conference she leads in minutes played, fifth in scoring and sixth in assists.

Bates gets her second honor after averaging 13.4 ppg, 2.4 apg, 3.4 spg and 5.6 rpg this year. She was named Big South Conference Player Of The Week once.  Bates had three 20+ points games and seven games of five+ steals with a season high of 27 points against USC-Upstate. She finished first in steals, second in scoring, and was third in rebounds on the team. In the conference she leads in steals (3.4 spg), tenth in scoring averaging 13.5 ppg and 17th in rebounds (5.6 rpg).  She was the 2018-19 Big South Conference and Defensive Player of the Year.

She became the first back-to-back winner of the Defensive Player of the Year award since 2013 and third in league history to pull that feat.

Young is averaging 12.7 points and 7.1 rebounds per contest as a freshman and was named Big South Freshman of the Week three times.  She had six 20+ points games and recorded 10 double doubles on the season with a season-high of 30 points against Longwood. She landed 11th in scoring with (13.1 ppg) and seventh in rebounds (7.2 rpg) in the Big South Conference