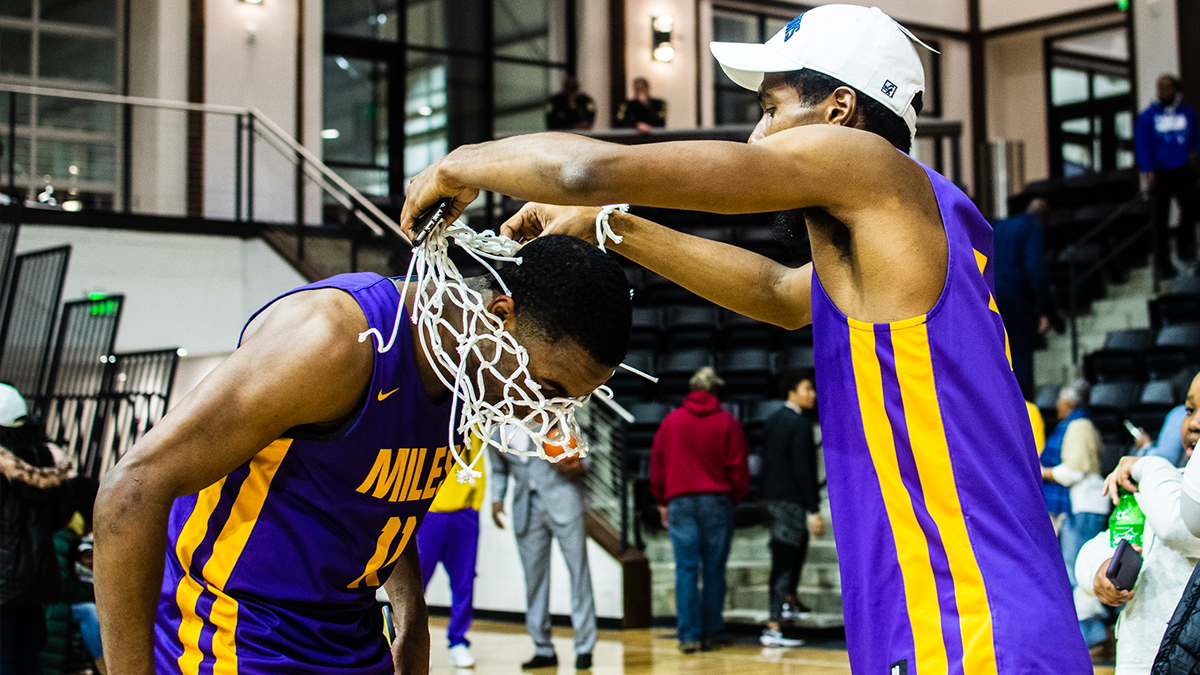 Miles repeats as SIAC Champs after disposing of Albany State

ROCK HILL, SC — Stop us if you’ve heard this story: Miles College is the best in the SIAC.

Miles shrugged off a slow start with a furious finish to beat Albany State 69-56 in the SIAC Championship Game to win back-to-back conference titles.

Jelani Watson-Gayle led the way for Miles with 22 points. Avery Brown added 18 points and Frank Royles chipped in 14 as Miles erased a 16-point first half deficit to win the title.

Albany State jumped out to a 29-13 lead midway through the first half before Miles closed the gap to 30-26.

ASU shot 47.7 percent from the field, but it also turned the ball over 14 times. Miles translated that into 17 points. Its bench also outscored its neighbor to the east 21-7.

The win means Miles became the first program to win football and basketball titles back to back since Alabama A&M did it back in the late 80s.

Miles improves to 24-4 overall this season, 19-2 in SIAC. It now waits for its NCAA Tournament appointment, which will be announced on Sunday evening at 10 PM EST.

Miles repeats as SIAC Champs after disposing of Albany State

232
The Latest in HBCU Sports and Culture