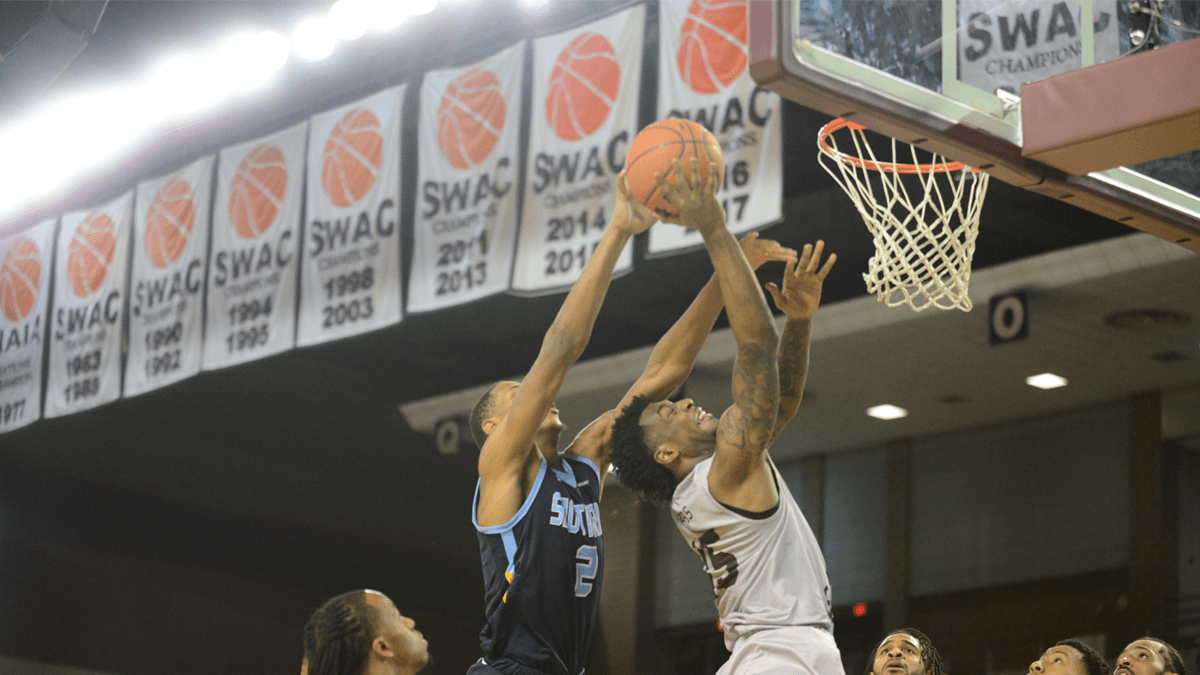 The Jaguars can clinch the no. 2 seed in SWAC Tournament with one more win.

Both teams started out neck-and-neck until Southern turned a 13-12 game into a 23-12 margin after a 10-0 run which saw TSU turn the ball over three times. The Tigers would recover from the early setback as John Jones hit a pair of three-pointers to spark an 11-2 run as TSU trailed 24-23 with 9:03 remaining.

Following the run, the momentum meter swung back in Southern’s favor as the Jaguars closed out the first half on a 27-9 run to lead 51-29 at the half. The Jaguars shot 56 percent (9-of-16) from the field during the run while TSU turned the ball over eight times and made only three baskets during that span.

The hole was too deep to climb back out of in the second half as Southern maintained a comfortable margin en route to splitting the season series.

Thursday’s loss was impactful as the Tigers lost an opportunity to solidify the No. 2 seed in next week’s SWAC Tournament. As a result, TSU will need to win Saturday at Alcorn State and Southern would need to lose in order to clinch the second spot as Southern claimed the tiebreaker due to point differential.

TSU is back on action on Saturday at Alcorn State for a 5:30 p.m. tip.

723
The Latest in HBCU Sports and Culture