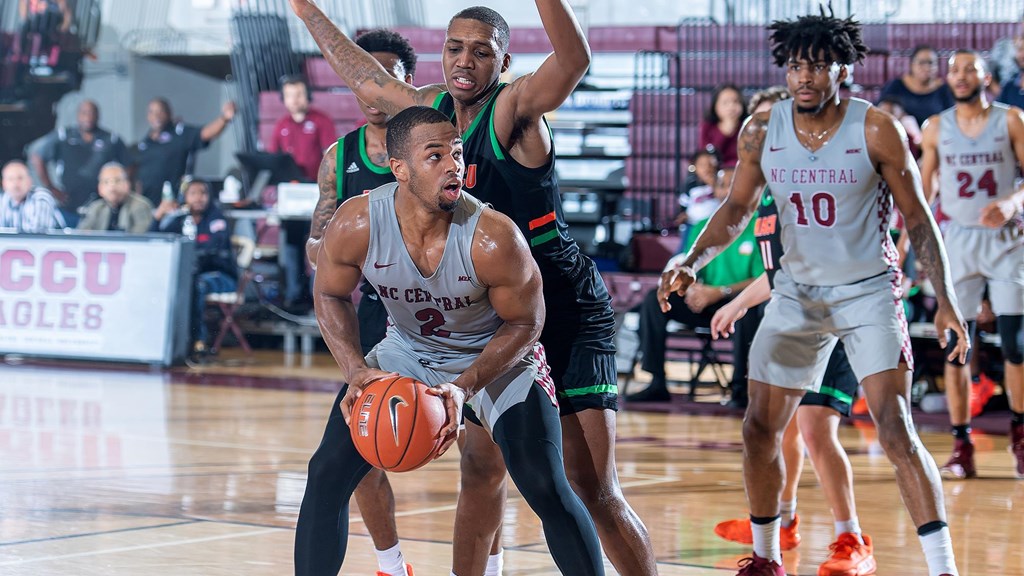 MEAC announces Player of the Year and postseason awards

The Coach of the Year wasn’t even a head coach when the season began.

All awards were voted on by the conference’s head men’s basketball coaches and sports information directors.

Blount, a 6-foot-7 senior forward from Pittsburgh, Pa., is one of the most prolific scorers in the MEAC, averaging 20.0 points per game in conference play and 19.3 points in all games this season. He has scored in double figures in 27 games this season, scoring 20 points or more 13 times. No slouch on defense, either, Blount leads the MEAC in both scoring and steals per game.

Additionally, Blount was selected as the MEAC Player of the five times and Defensive Player of the Week once. He has had three 30-point performances, with a high of 33 against Delaware State and Mid-Atlantic Christian this season.

Bristol, Jr., a 6-foot-6 freshman guard from Upper Marlboro, Md., is on pace to become one of the better players to ever wear a Bison uniform. He earned MEAC Rookie of the Week honors three times this season, more than any other player. Bristol is shooting 41 percent from the floor, while averaging 11.6 points per game and 4.0 rebounds. He started in 25 of his team’s 30 regular-season games.

After taking the helm, Jones has led North Carolina A&T State to a 12-4 record in league play and a second straight second-place finish, as the Aggies finished the regular season 16-15 overall. Jones coached the Aggies a 13-4 mark since taking over as acting head coach. North Carolina A&T State finished the regular season winning seven out of its last 10 games as the Aggies head into the 2020 MEAC Tournament as the second seed. Two of Jones’ players earned All-MEAC First Team honors, with another on the All-Rookie Team.

MEAC announces Player of the Year and postseason awards