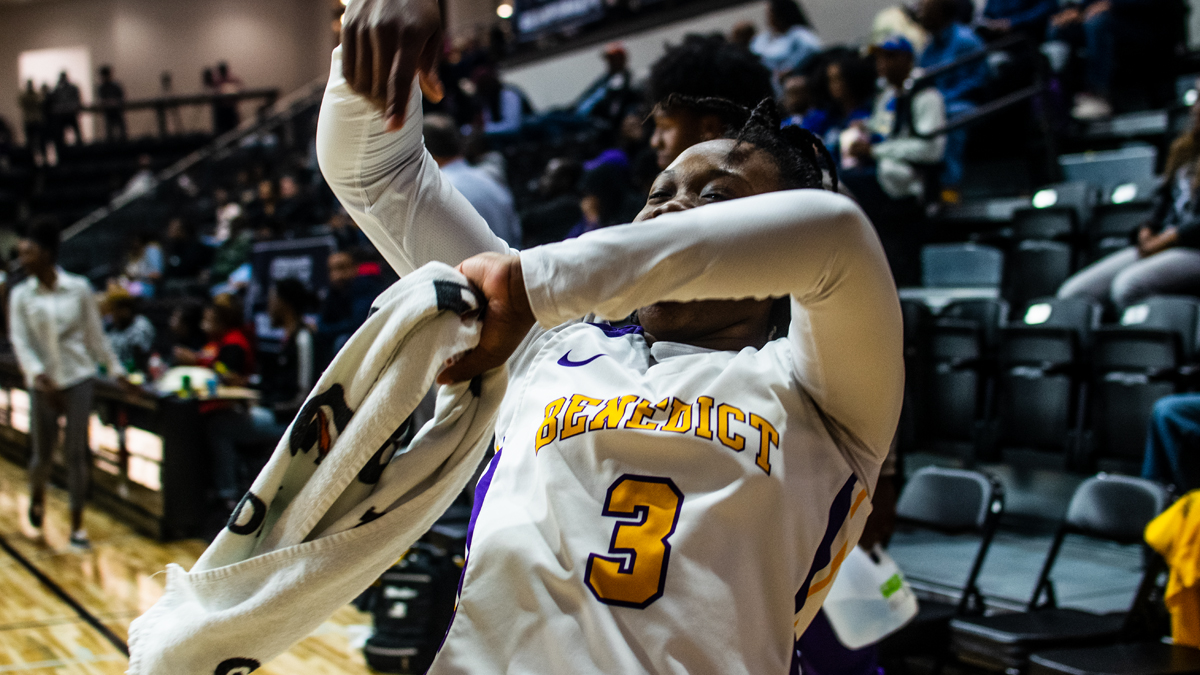 There would be no let down for the Benedict College women in the SIAC Tournament semis. Now it is on to the title game.

ROCK HILL, SC– If there was an upset watch for Benedict College in the semifinals of the 2020 SIAC Women’s Tournament, it didn’t last long.

Benedict, the favorite in the tournament, made quick work of Lemoyne-Owen College with a 69-34 on Friday night to earn the right to play in the SIAC Conference title game. BC will face off against Tuskegee for the conference’s auto bid into the NCAA Division II women’s tournament.

Ay’Anna Bey led the way for BC with 22 points and 11 rebounds. Amaya Ashby came up with 10 points and 10 boards off the bench.

It wasn’t the sharpest offensive game for BC (26-3), but it repeatedly denied LOC, which shot just 19 percent for the game. LOC shot just 1-for-14 from the field in the game.

Already all but assured of an NCAA Tournament bid due to its sparkling record, BC will face a Tuskegee team that gave it a fight in the regular season. The two programs met just once, with Benedict coming out on top with a 54-52 win over its neighbors to the west.

The championship game is set for 4:00 PM Saturday.