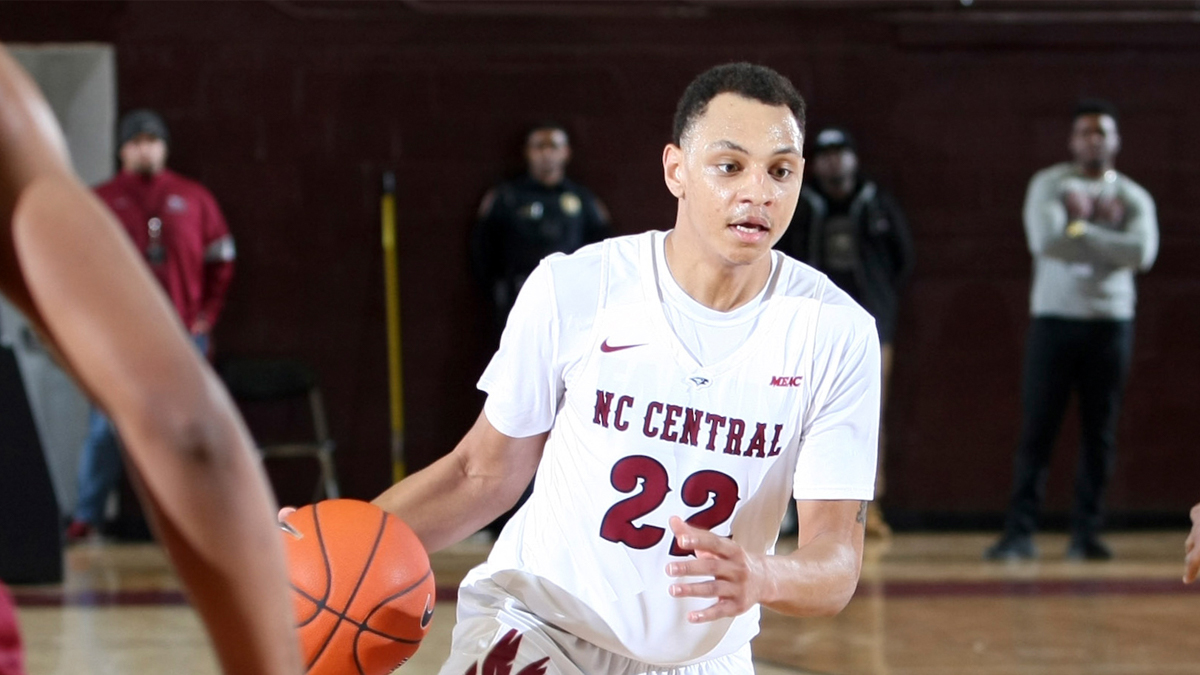 The double overtime game is just the third 2OT game in Eagles history.

North Carolina Central University and South Carolina State battled through two overtimes, however the Eagles came away with an 83-82 win in just the third double-overtime game in program history on Saturday, Feb. 29 at the Smith-Hammond-Middleton Memorial Center in Orangeburg, South Carolina.

NCCU is now 2-1 in double-overtime games.  Jibri Blount (Pittsburgh, Pa.) found his way through the paint to knock down a floater with 10 seconds remaining to send the game to overtime, tied 65-65, and then SCSU sent the game to a second overtime after Ian Kinard (Clinton, S.C.) made three free throws with just a half-second remaining after being fouled in the act of shooting.

The second overtime period went back and forth as well, but NCCU was able to forge ahead late, and locked its advantage on free throws from Mike Melvin (Fayetteville, N.C.), and a crucial three-pointer by C.J. Keyser (Baltimore, Md.) to put the Eagles ahead by four.

That was all the breathing room the Eagles needed to finally secure the victory over SCSU, 83-82.  Blount finished with 20 points, Melvin with 15, and Keyser poured in 17 points as well for the Eagles.

NCCU will finish the season with a pair of games at home against Bethune-Cookman on Monday, March 2, and North Carolina A&T on Thursday, March 5 inside McDougald-McLendon Arena.