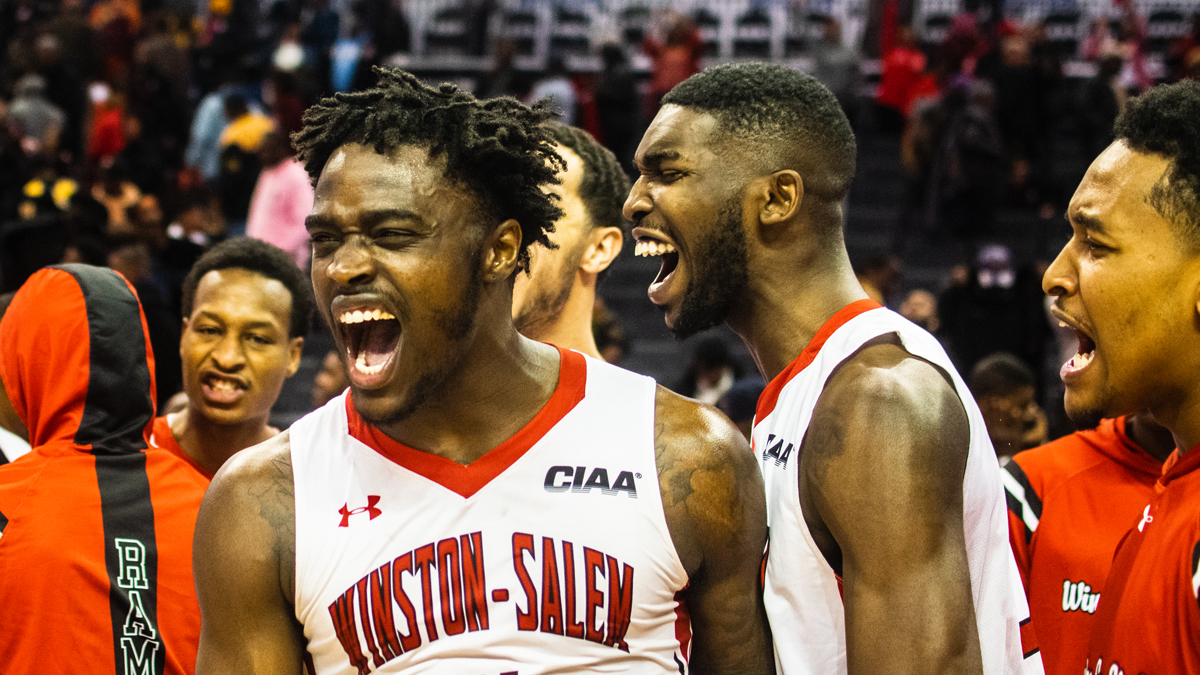 Winston-Salem State and Fayetteville State were at the bottom of the conference recently, but will play for the CIAA Tournament title on Sat.

After a week of upsets and breakneck finishes, Fayetteville State and Winston-Salem State stand alone atop the CIAA basketball mountain.

Winston-Salem State clinched its first CIAA Championship Game berth since 2015 late Friday night with a 58-56 win over Claflin University. That win set up a match with a Fayetteville State team that sent hometown team Johnson C. Smith packing back to Beaties Ford.

The game will be a matchup of two teams who have seen their struggles in recent years and were not expected to have much of a say in the CIAA race heading into the season. But thanks to championship coaches making their second go-round in the league, both are on the brink of taking home the title.

FSU was picked to finish ninth in the CIAA last fall. After all, the program had won just seven games the season before. It also had a new head coach in Luke D’Alessio.

All D’Alessio did was re-shape his team and get them off to a blazing 9-0 start to the season, and 21 regular season wins, finishing third in the CIAA South behind WSSU and JCSU.

FSU dropped both matchups to WSSU in the regular season, including a 53-50 heartbreaker at home two weeks ago. But both games came down to the wire, and D’Alessio has six players averaging from 15.3 to 8.1 points per game, and big man Will Brown has averaged 17 points and 17 rebounds in the last two games.

Winston-Salem State’s rebuild job began when it hired Cleo Hill Jr. who had been out of coaching for several years. When he arrived in the summer of 2018 the program was coming off the worst year in history as it won just five games.

Hill, son of a WSSU legend by the same name, made some strides his first season as WSSU won 11 games. But his first season ended just as the previous several had: with a one-and-done CIAA appearance.

The Rams are led by senior Rob Colon, who scored 19 big points in Friday night’s win. The win was just the second CIAA Tournament victory in his career — the first came the night before.

Both programs have seen the bottom of the CIAA barel in recent years. But by the time the sun sets on the CIAA in Charlotte — literally and figuratively — one of these programs will leave the Queen City with a crown.