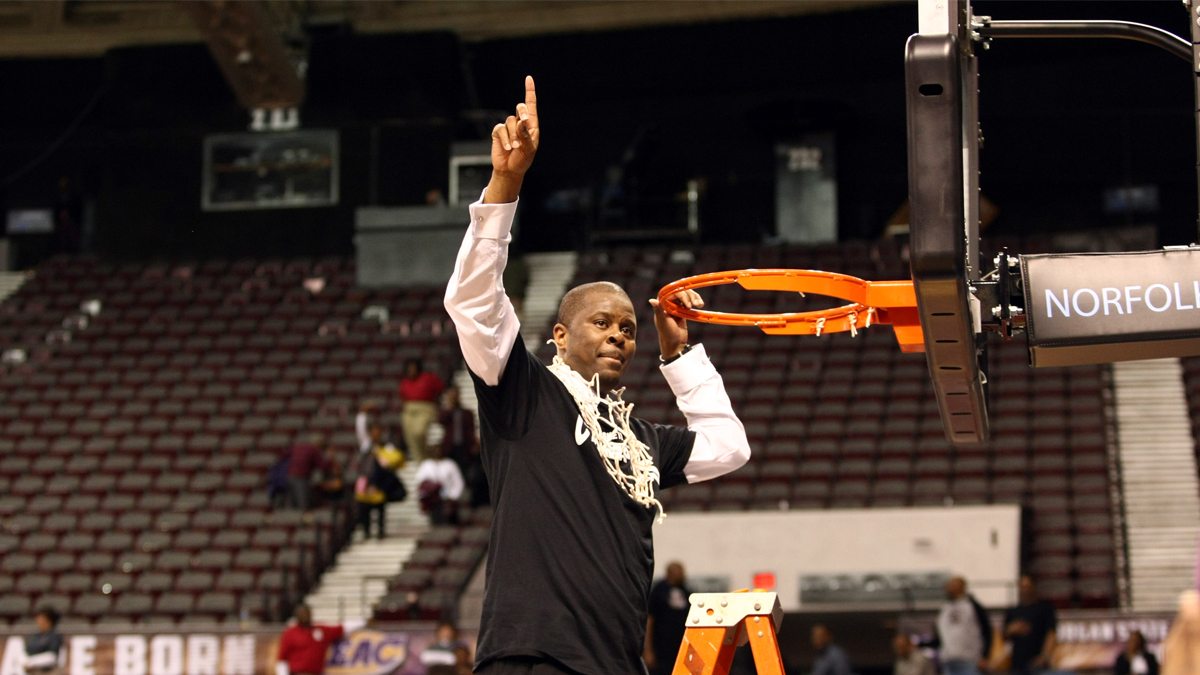 LeVelle Moton returns to CIAA with Hall of Fame Induction

LeVelle Moton was one of the all-time greats as a player in the CIAA and on Friday it was time to come back home. Moton was inducted into the five-member 2020 CIAA Hall of Fame class on Friday in Charlotte. As great as he was as a player, Moton’s modern persona is fully aligned with the MEAC. This week’s honor during the CIAA Tournament allows Moton’s still budding basketball career to come full circle.

“I’m honored to be inducted into a league that has produced greatness throughout the years. The impact and legacy of the CIAA is an accomplishment that will be revered forever. I Thank God for his abundance of Blessings and my coaches and teammates for their sacrifice,” Moton told HBCU Gameday.

The gregarious coach was a silky smooth assassin during his playing days in the CIAA. The North Carolina Central guard was the 1996 CIAA Player of the Year following a senior season where he averaged 21.3 points per game. This was on the heels of his junior year where he was 16th in Division II scoring at 23.5 points per game.

Moton’s Eagles won the CIAA Southern Division three out of his four years and helped his team reach the Division II Elite Eight during his freshman year. He ended his career as NCCU’s all-time leading scorer with 1,714 points.

He returned to NCCU in 2007 as an assistant coach before taking over as head coach in 2009. At that time NCCU was a Division I independent preparing for its return to the MEAC. From that moment on Moton’s brand became aligned with the MEAC as he found success along the sideline. Last season Moton guided the Eagles to its third straight MEAC Championship and NCAA postseason berth. The spotlight of the NCAA Tournament over the years has elevated him into one of the most high profile coaches in the HBCU landscape. Friday’s induction puts his name back under the CIAA banner where it will remain enshrined forever.

LeVelle Moton returns to CIAA with Hall of Fame Induction