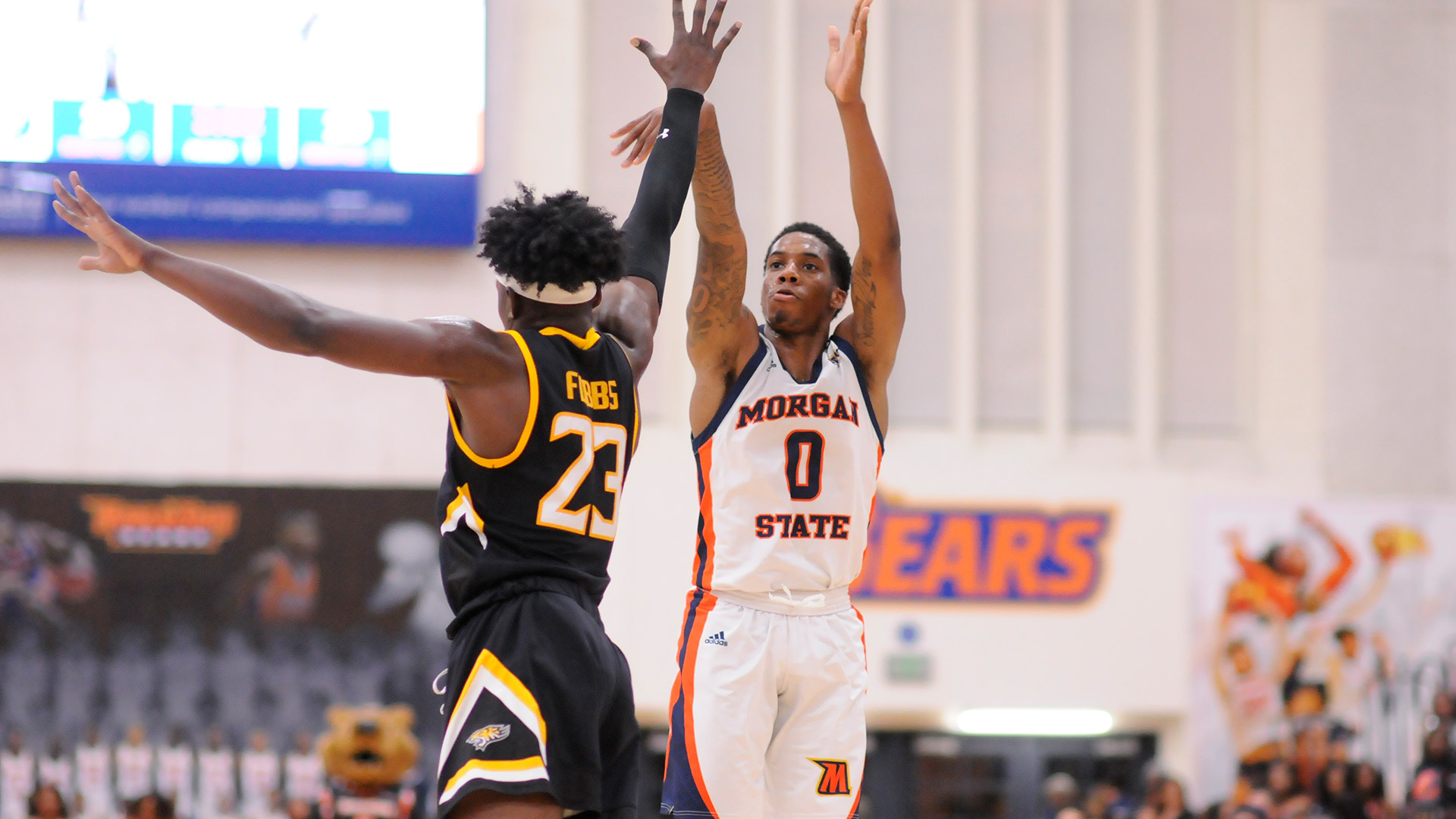 Stanley Davis makes history as Bears pick up another win

BALTIMORE–Stanley Davis has been a core piece for the Morgan State basketball program. The Senior is a fan favorite and the most intense player for the Bears. With a few games left in front of the home crowd, he joined the 1,000 point club on Monday night. The Bears picked up a 90-80 win over Delaware State in the process.

Davis is the 28th player in school history to reach the feat. And he did it in style, scoring a season-high (against D-1 opponents) 27 points on 10 for 15 shooting.

The Hornets gave a fight in the second half after being down ten points at halftime but the Bears scoring barrage was too much to handle. The scoring did not stop as Shewyn Devonish, Malik Miller, and Jamar Brown all scored 15 points as well.

With the win, Morgan State sits in a prime position near the top of the MEAC standings with two games left in the season.