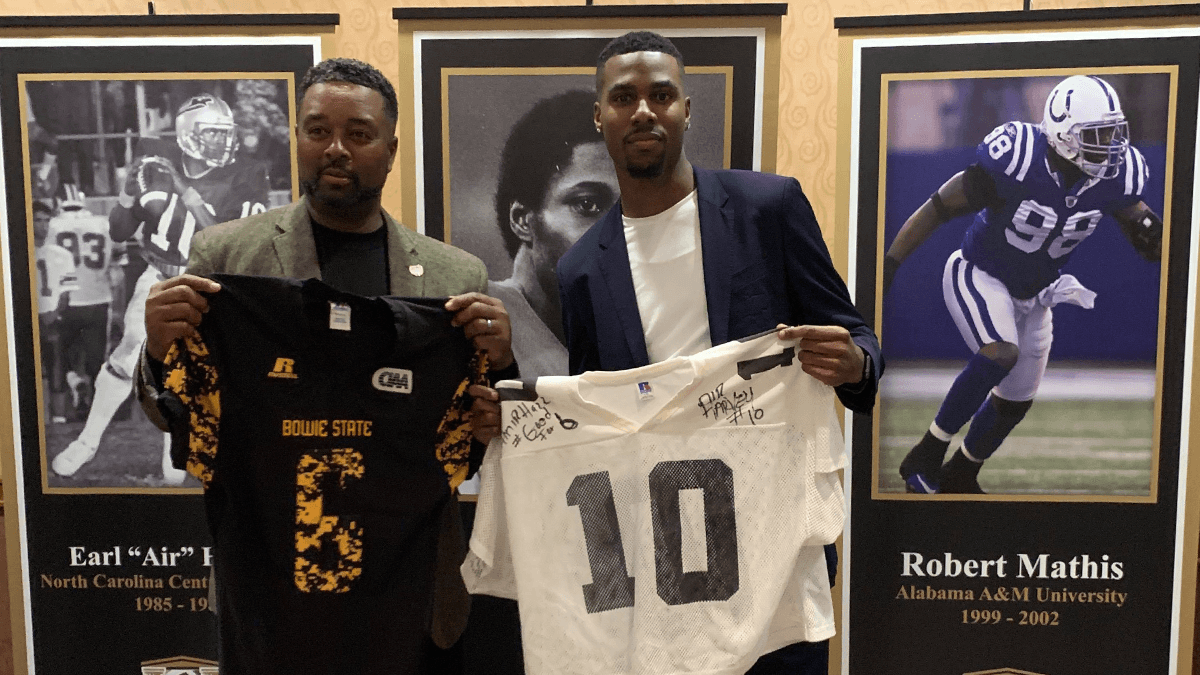 The top two quarterbacks in CIAA History were on hand for a Black History Month event at the College Football Hall of Fame.

Hall surpassed Harvey in touchdowns and passing yardage during his senior year at Bowie State. The North Carolina Central quarterback threw for 10,621 career yards with 86 total touchdowns. The touchdown record had been previously eclipsed by Kam Smith at Winston-Salem State University. Hall finished his career as the all-time touchdown leader with 102 as well as leading in passing yards with 11,358.

“When I came down here a couple of months ago to the Celebration Bowl I thought about him and I thought it would be a great idea to switch jerseys. It was a pleasure to switch jerseys with this young man,” Harvey said on Friday night.

Hall was all smiles as the two posed for photos as Harvey lauded the accomplishments of Hall.

Hall was a speaker at Friday night’s event. Harvey will be inducted into the 2020 Hall of Fame Class on Saturday evening.