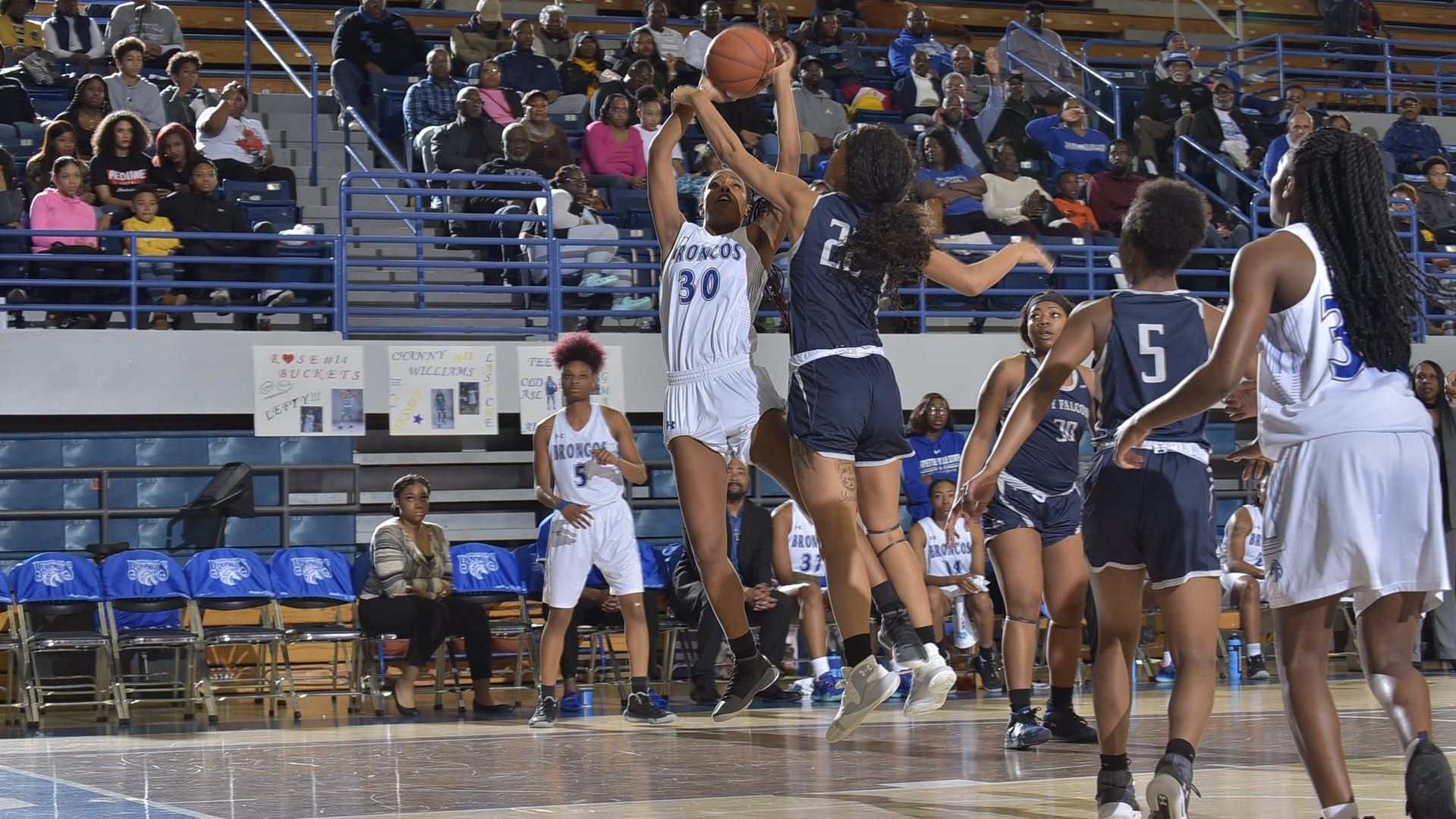 The Lady Broncos concluded the regular season with a big win over Saint Aug’s on Saturday.

Fayetteville NC – Fayetteville State’s seniors decided to not wait until the CIAA Tournament to begin its bid for a championship title. With the Southern Division title already on lock, the Broncos (18-8 overall, 15-2 CIAA, 12-0 Division) put on a performance for “Senior Night” in the Felton J. Capel Arena with an 89-70 victory over Saint Augustine’s (10-18, 5-12 CIAA).

Five Broncos finished with double-digit scoring after the team finished with a season-high 17 assists. Danica Lucas had a career night of 18 points from 8-of-9 shooting from the floor with two three-pointers. Aminata Johnson and London Thompson added 16 and 15 points, respectively. Senior Shantel Bennett, who has played all four years at FSU, finished with 14 points along with fellow senior Katisha Hyman contributing 10. The Broncos third senior and floor-general Chantel Williams added nine assists and eight points.

Fayetteville State the Falcons into 21 turnovers and converted them into 25 points and kept the ball in the paint with 44 points scored from down low.

The Broncos had an early 15-5 lead in the first five minutes and held a 21-16 lead at the quarter’s end. That lead increased to 17 points (44-27) at the end of the half. The disadvantage expanded to 25 points (67-42) after three quarters leading to the final score.

As the No. 1 seed from the Southern Division, Fayetteville State will receive a BYE round in the upcoming CIAA Tournament with its first game on Wednesday. The Broncos will play the winner of the North’s No. 4 versus the South’s No. 5 game