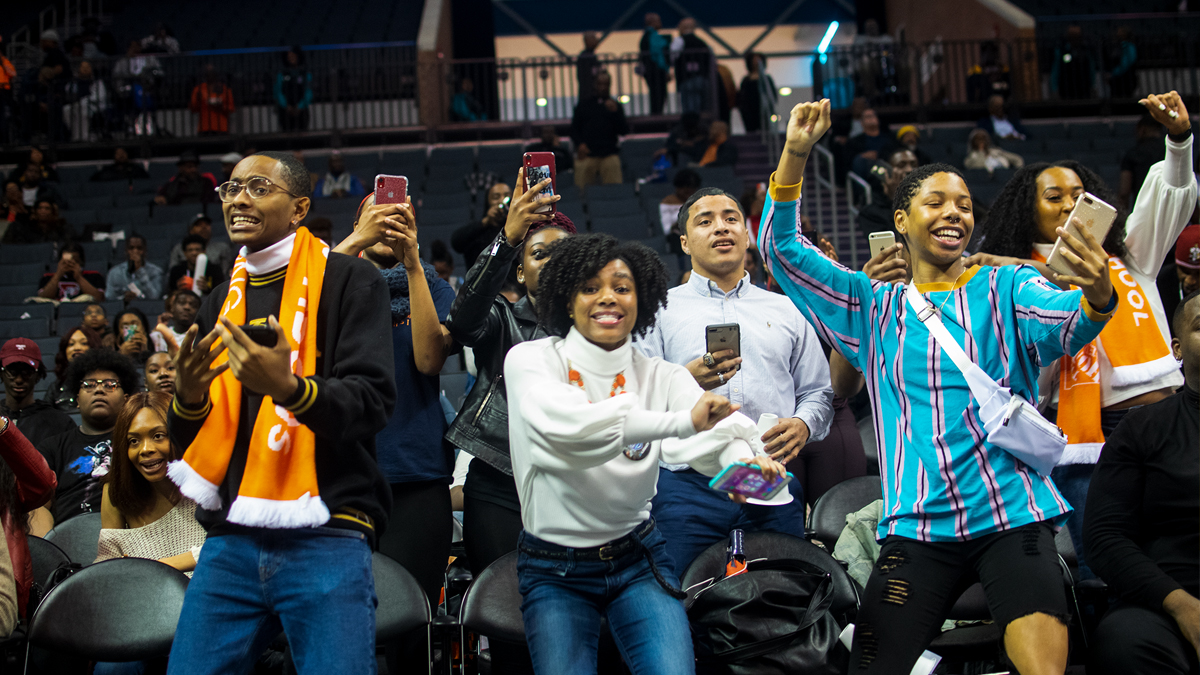 The CIAA Tournament is bringing plenty of entertainment in its final Charlotte stop.

Charlotte, NC (February 19, 2020) – The Central Intercollegiate Athletic Association (CIAA®), the nation’s first African-American athletic conference, announced a powerhouse lineup of recording artists slated to entertain at its 75th Anniversary Basketball Tournament next week. The featured acts have garnered a total of 17 Grammy nominations and accumulated billions of views on social media platforms from Tik Tok to You Tube.

Layton Greene, an R & B singer whose career was launched when her homemade videos went viral in 2017, kicks off the big-name shows when she takes the stage Friday night at 7:00 PM at the Toyota Fan Fest at the Charlotte Convention Center. Her 2017 “Roll in Peace Remix” exploded online, receiving over three and a half million plays and rising to number 12 on the Hot R&B Songs chart.

Young rap sensation Brooklyn Queen gets the focus during the Lowe’s Super Saturday morning celebration at Toyota Fan Fest on Saturday morning at 11:00 AM. The 14-year-old newcomer has over a half million subscribers to her You Tube channel with her “Keke Taught Me” song putting her on the map in 2017.

The Saturday afternoon and evening entertainment at Fan Fest will feature a triumvirate of talent including Krypto09095, Thomas and SWV.Gamer turned rapper Krypto9095 has taken the internet by storm with over two billion views for his hit “WOAH” on TikTok, 50 million views on Youtube and 25 million streams on Spotify. He’s up at 3:00 PM. Thomas and SWV get the call beginning at 7:00 PM.

Gamer turned rapper Krypto9095 has taken the internet by storm with over two billion views for his hit “WOAH” on TikTok, 50 million views on Youtube and 25 million streams on Spotify. He’s up at 3:00 PM. Thomas and SWV get the call beginning at 7:00 PM.

A two-time Grammy Award nominee with a gold-selling album (let’s talk About It) and a cool R & B sound, Thomas will be in his element at the CIAA Basketball Tournament since he was a former basketball player. The vocally talented trio SWV claim several platinum albums, one Grammy Award nomination and over 25 million records sold with their rhythmic 90s-esque R & B music.

A hip-hop soul artist, Musiq Soulchild boasts twelve Grammy nominations over his impressive career – along with award wins from Billboard, BET, ASCAP, BMI, and Soul Train. Rapper, songwriter and emcee Rapsody is a two-time Grammy nominee. Recognized as a force among female rappers, her album “Laila’s Wisdom” earned her a nomination for Best Rap Song, and made Rapsody the only female nominee for Best Rap Album at the 60th GRAMMY Awards –and only the 5th ever in the category’s 23-year history. Lyrical singer/songwriter Avant, has released seven R & B albums over his career, produced multiple top 10 singles and one album, “Director,” that reached the #1 spot on Billboard’s Top R & B/Hip Hop album chart.