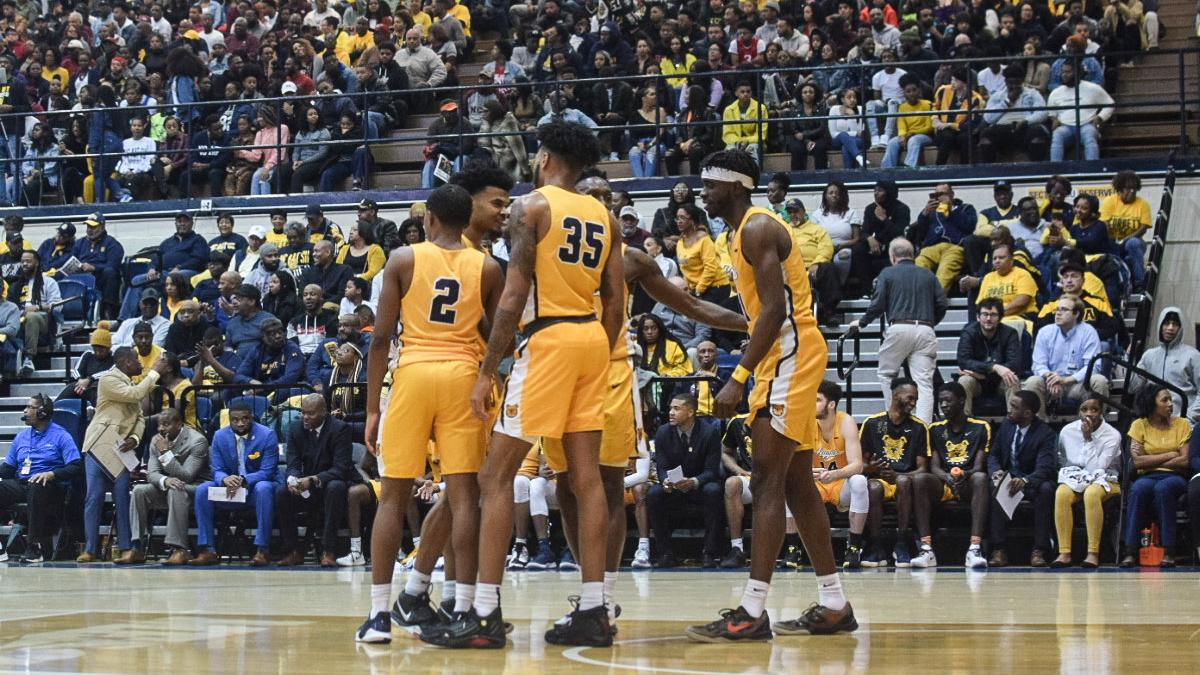 NCAT came out early and put distance between itself and NCCU on Monday night.

It wasn’t quite as bad as the 54-point shutout during football season, but North Carolina Central suffered another big loss at the hands of its arch rival.

North Carolina A&T made quick work of NC Central with a 77-60 win at Corbett Sports Arena, and truth be told, the game wasn’t even that close.

Big man Ronald Jackson led the way with a career-high 28 points and added eight rebounds. Junior Kameron Langley finished with his second triple-double with 12 points, 11 rebounds and a career-high 13 assists.

A&T jumped out to an 18-2 lead in the first six-and-a-half minutes of the game and continued to put its proverbial foot on the gas throughout the first half. It led 40-20 at halftime and had a 25-point lead early in the second half before NCCU chipped into the lead.

The win was the 23rd in a row for A&T over MEAC opponents in its home gym. A&T improved to 9-3 in the MEAC while NCCU dropped to 8-3. NSU’s 80-60 win over Coppin State put it in sole possession of first place in the MEAC with a 9-2 record. A&T moves into second place while NCCU slides into third.