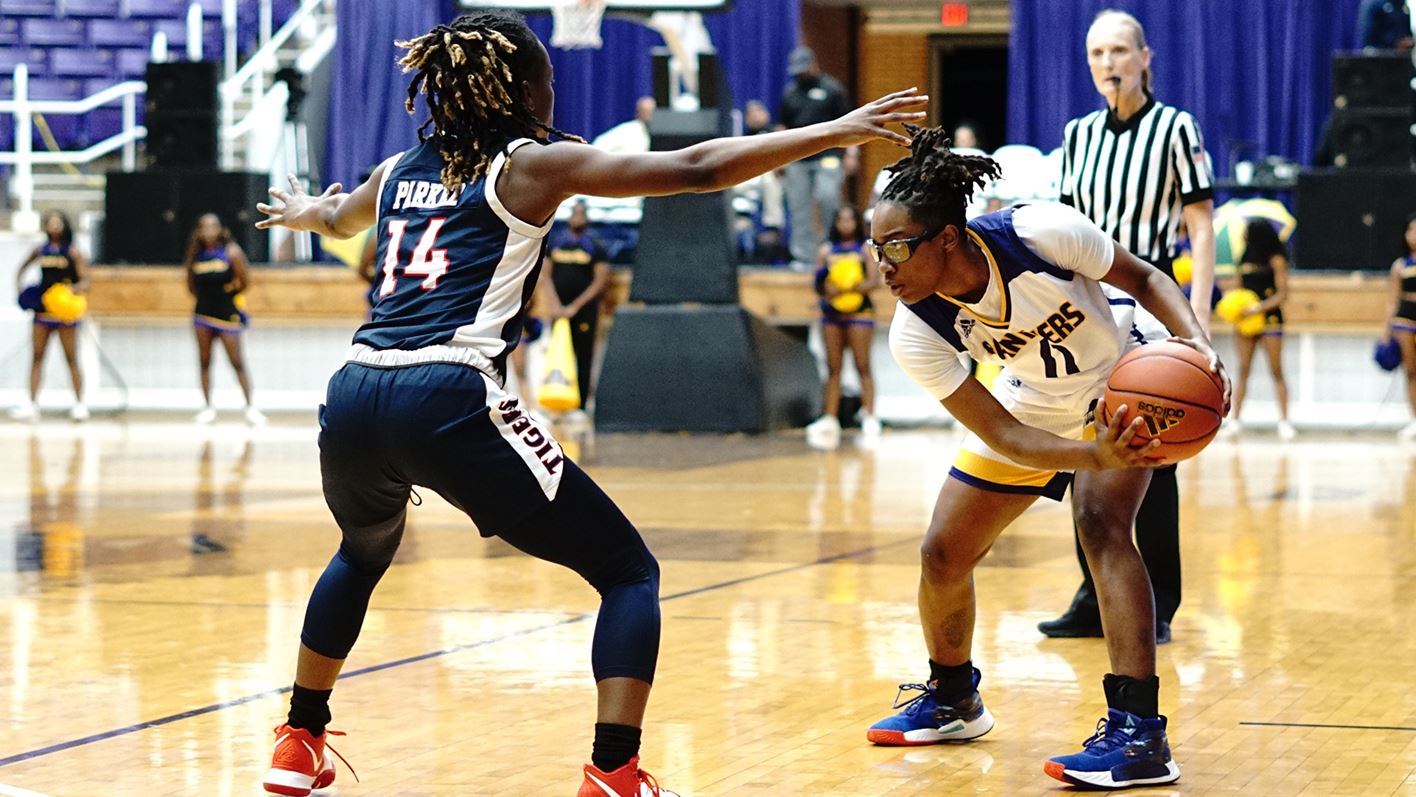 Rogan was 3-of-10 from the field including a perfect 9-of-9 from the free-throw line and five rebounds.

Ameshya Williams had four points and a team-best nine rebounds as PVAMU did their best to hold the junior in check in the paint all night long. Williams also had an impressive six blocks to push her league leading number to 56 on the season.

Despite the loss, the Lady Tigers have obviously made noise waves around the league, as William J. Nicks Arena made it known that they had been keeping up with the the Lady Tigers season and that they were about to receive their first loss as they chanted franticly “12-1” as more fanbases are becoming aware of the Lady Tigers success this season.

The Lady Tigers now turn their attention to Grambling this Saturday on the road as they gear up for the final stretch of the regular season and into tournament play, still with a league-best 12-1 record and 14-9 overall.