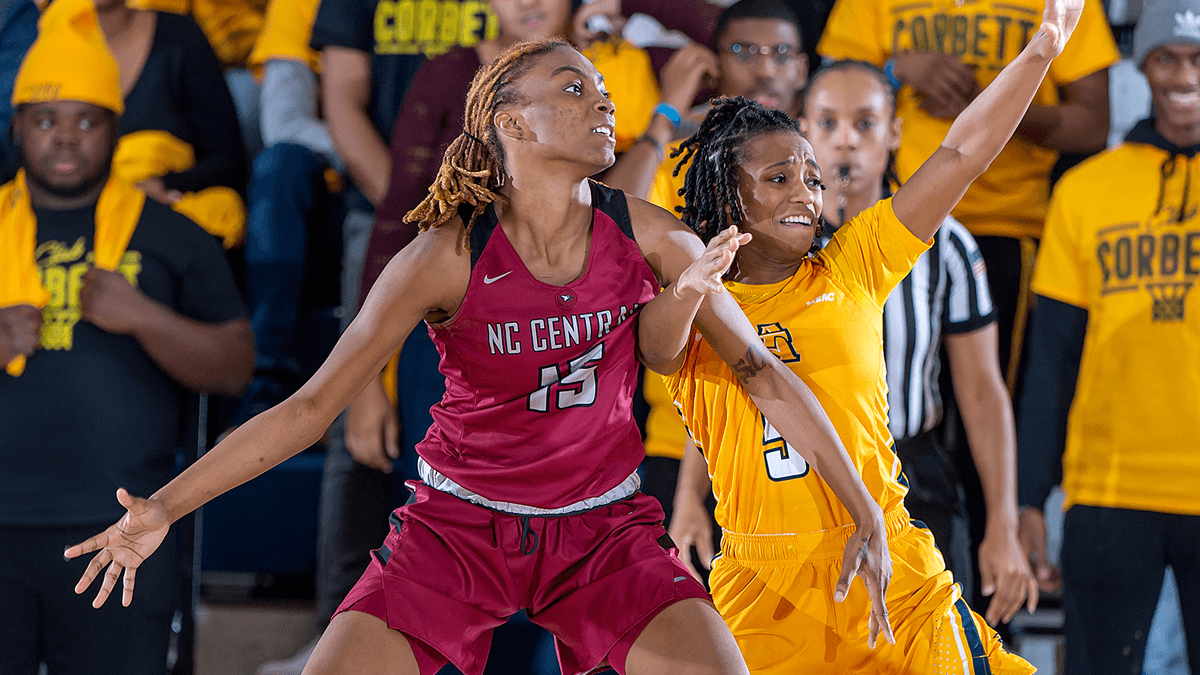 The Eagles recieved big performances from their top three scorers.

Junior guard Kieche White led NCCU with a season-high scoring performance for a second straight contest, bucketing 27 points. White made half of her field goal attempts (9-18) and 70-percent (7-10) of her free throw attempts, including two free throws with 3:17 left in the second overtime to push the Eagles ahead for good.

White and Rivera accounted for 18 of NCCU’s 21 points in the two overtime periods with 10 and eight points, respectively. Rivera posted her fifth double-double of the season. Afriyie, who has scored in double digits in all 11 MEAC clashes so far, leads the Eagles with nine double doubles on the campaign and 26 in her career.

Afriyie scored the first basket of the game with a layup and the Eagles led throughout the first three quarters.

NCCU shot 75-percent (9-12) in the first quarter, including making eight of its first nine shots (88.9%) to pull out to its largest lead of 10 points. White, who scored six points in the opening run, capped the opening surge with a jumper that put the visitors ahead 18-8 at the 2:45 mark of the first quarter.

The Aggies were able to close the deficit several times, but the Eagles still maintained six-point leads at the end of the first three quarters: 21-15 through 10 minutes, 34-28 at halftime and 57-51 after three quarters. North Carolina A&T got as close as two points, 24-22, early in the second quarter on a layup by junior Jayla Jones-Pack, but NCCU outscored the Aggies 10-6 for the rest of the period, including a couple hoops by Afriyie.

White and Afriyie paced the maroon and gray at the intermission with nine points apiece. NCCU finished the half firing at 54.2-percent (13-24) precision from the field.

NC Central’s cushion swelled back up to as many as 10 points on two occasions in the third quarter. However, the Aggies used the 3-ball to rally down the stretch. N.C. A&T made 13 treys in the game and the Aggies eight 3-pointer in the second half by senior Cinia McCray gave the Aggies their first lead with just 3:14 left in in the fourth quarter. The hosts maintained a two-point edge going into the final two minutes, but Rivera made a layup at the 1:16 mark for the only basket down the stretch to level the score.

Rivera’s old-fashion 3-point play at the end of the shot clock with 2:51 left in the first 5-minute overtime period put NCCU ahead by five points, 70-65. The Aggies hit a couple more 3-pointers to rally back and once again found themselves leading by two points late like in regulation. White had the Eagles response this time with a layup with just 63 seconds left to even the score.

Both teams were again held scoreless in the final minute to send the clash into a second overtime.

The Aggies held a brief 76-75 edge in the second OT on their 13th and final trifecta, but NCCU followed with eight straight points to take over. After White scored the first four points, Rivera hit a dagger 3-pointer to highlight the final surge. It was only the third 3-pointer for NCCU compared to the 13 by the N.C. A&T.

The Eagles took advantage of foul trouble by the NCAT post players by outrebounding the Aggies, 51-41, and outscoring them 42-30 in the paint.

McCray led North Carolina A&T with 22 points, including four 3-pointers. Junior Deja Winters made a game-high five 3-pointers on the way to 19 points. Jones-Pack was a third double-digit scorer for the Aggies with 10 points.