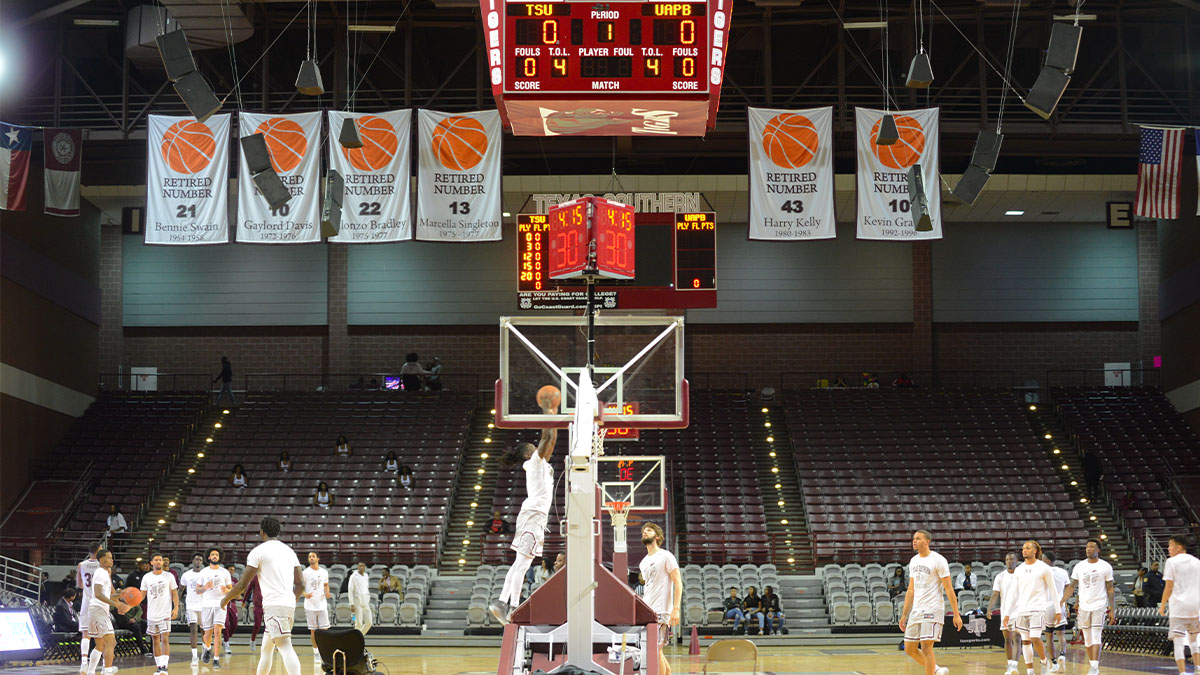 Seven teams projected to be at 100 percent.

The Texas Southern Department of Athletics is currently at an all-time high when it comes to graduating student-athletes. According to the latest data, TSU is projected to post its highest Graduation Success Rate in school history while seven teams are projected to post a GSR rate of 100 percent.

“We’re so proud of our student-athletes’ hard work towards academic success in the classroom,” said Vice President for Intercollegiate Athletics Kevin Granger. “I would like to give a special thanks to our Compliance/Academic team, coaches, faculty and staff for working with our student-athletes and helping the athletic department achieve these educational milestones. It was a labor of love to get to where we are as a lot of people have been involved over the years in the process. While I’m proud of the accomplishments, we will continue to work even harder from this point due to the fact that it takes a lot to remain on top.”

The Graduation Success Rate measures graduation over six years from first-time college enrollment. Transfer students and student-athletes who leave the university in good standing (eligible) are also factored in the GSR.

TSU’s projected GSR of 81 percent will be its highest since the NCAA started tracking GSR data in 2003-04. The percentage, which measures student-athletes that entered the university and received athletic aid in the 2013-14 cohort, continues TSU’s upward trend in GSR as it’ll mark the first time the department of athletics has surpassed the 80th percentile as 79 student-athletes graduated during that timeframe.

Seven sports – men’s basketball, men’s golf, softball, volleyball, women’s bowling, women’s golf and women’s track – are projected to achieve perfect marks while soccer will come in at 83 percent. Both football and baseball are projected to be in the 70th percentile.

“As a result, we have never signed a single student-athlete that’s ineligible prior to enrolling at TSU over the past 10 years,” Moleta added. “The ones we’ve signed were eligible and we knew of their graduation projection date. Everyone on our team from the academic staff to the coaches understands the process and we don’t anticipate we’ll ever sign an ineligible student-athlete.”

The rise to academic success wasn’t an overnight process as prior to Moleta’s arrival in April of 2010, TSU’s GSR was as low as 22 percent in the 2003-04 cohort. With the aid of Moleta, the athletics academic staff and continued support from the university as a whole, the numbers skyrocketed at the end of Moleta’s initial cohort (2010-11) as the GSR jumped 10 percentage points from 52 to 62 percent while the one-year graduation rate improved to 81 percent from 57 percent. Since that cohort, TSU’s GSR has risen by an average of five percentage points a year.

In addition, once TSU’s academic success rose its athletic success followed as the athletic programs won multiple championships during that span.

“That’s a result of the process being in place but what stands out to me is the 81 percent GSR,” said Moleta. “One of the goals when I first arrived was to move the GSR into the 80th percentile,” he said. “We accomplished that goal and will continue to move higher as 85 percent is our next goal. We will get there but it will take a collaborative effort to ensure our student-athletes get the best help possible to pull it off as they’re the most important piece of this puzzle. Our motto is ‘no student-athlete is left behind’.”

195
The Latest in HBCU Sports and Culture