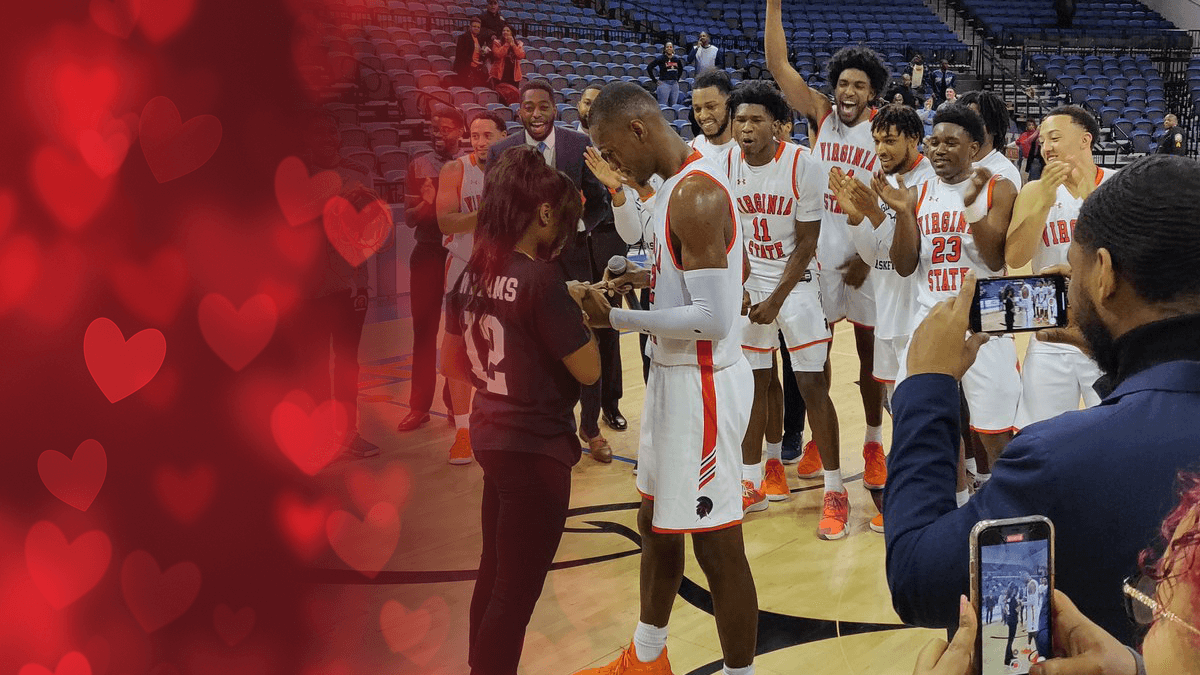 Shoot your shot: Virginia State player proposes after the game

Every single player in the CIAA knows that in order to win you have to shoot your shot. Virginia State point guard Walter Williams took that quite literally on Thursday when he proposed to his girlfriend after the game on senior night.

Williams dropped to one knee at half court and was greeted with a solid yes from his bride to be. Getting your shot blocked is a part of the game, but fortunately for Williams, he didn’t face any rejection on this play.

His teammates were super supportive and cheered him on emphatically during the proposal. The future Mrs. Williams even offered a little commentary on his teammates reaction.

Virginia State president Dr. Makola M. Abdullah spent the day meeting with politicians in Washington, D.C., but may have been more impressed with the proposal.

And about the game…Virginia State beat Lincoln (PA) and Williams finished with 13 points, six rebounds, and three steals. But everyone will remember the slam dunk proposal that ended the night.

Shoot your shot: Virginia State player proposes after the game