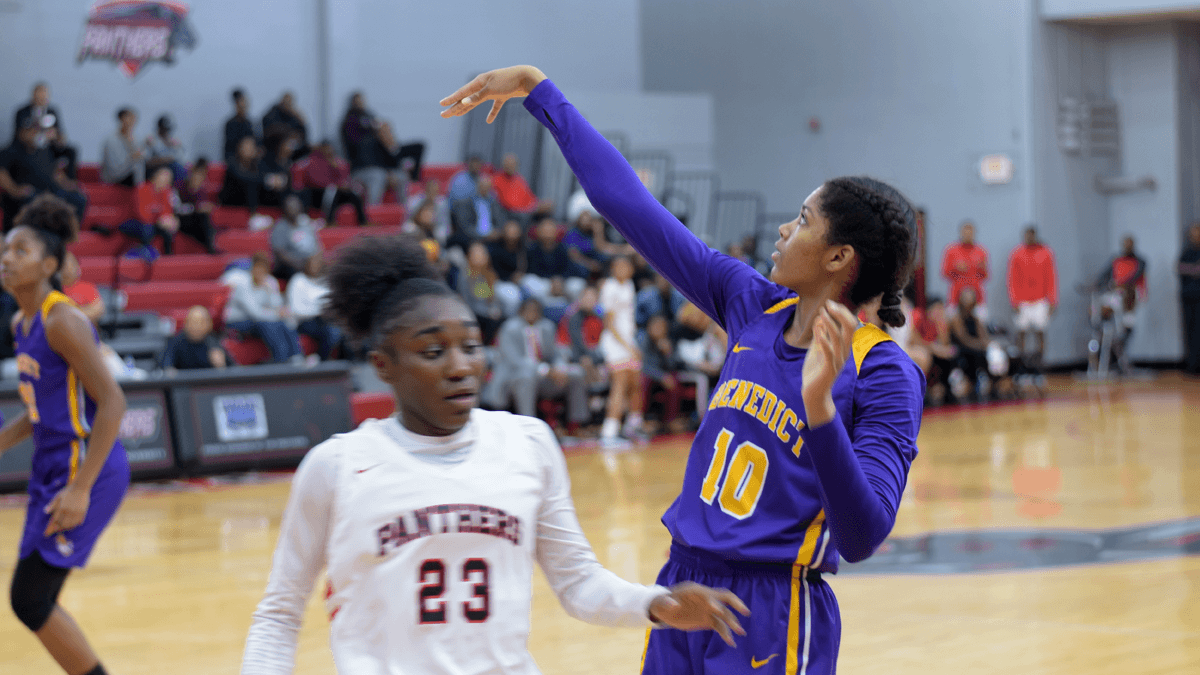 Benedict responds with a romp of Clark Atlanta

The Lady Tigers put the Fort Valley loss behind them in a dominating win.

The Lady Tigers were led by freshman Ashby who scored 17 points on 6-of-9 shooting from the field. Johnson-Kelly added 15 points and six assists, while Bey contributed with a double-double, tallying 13 points and 10 rebounds.

Benedict jumped out to an early 19-11 lead off a 3-pointer from Shanassia White as the first quarter came to an end. The Lady Tigers extended their lead to as much as 18 points in the second quarter and held a 35-23 lead heading into the break.

Benedict was led by Johnson-Kelly in the second half, as she scored 13 of her 15 points. She helped extend the lead to as much as 26 points, 58-32, in the third quarter. The Lady Tigers put the Lady Panthers away with good shooting in the fourth, helping to lead to their 21st victory of the season.

Benedict will be off for a week before hosting their final home game of the season in the HRC Arena against Savannah State University at 5:30 p.m. on Monday night.

Benedict responds with a romp of Clark Atlanta