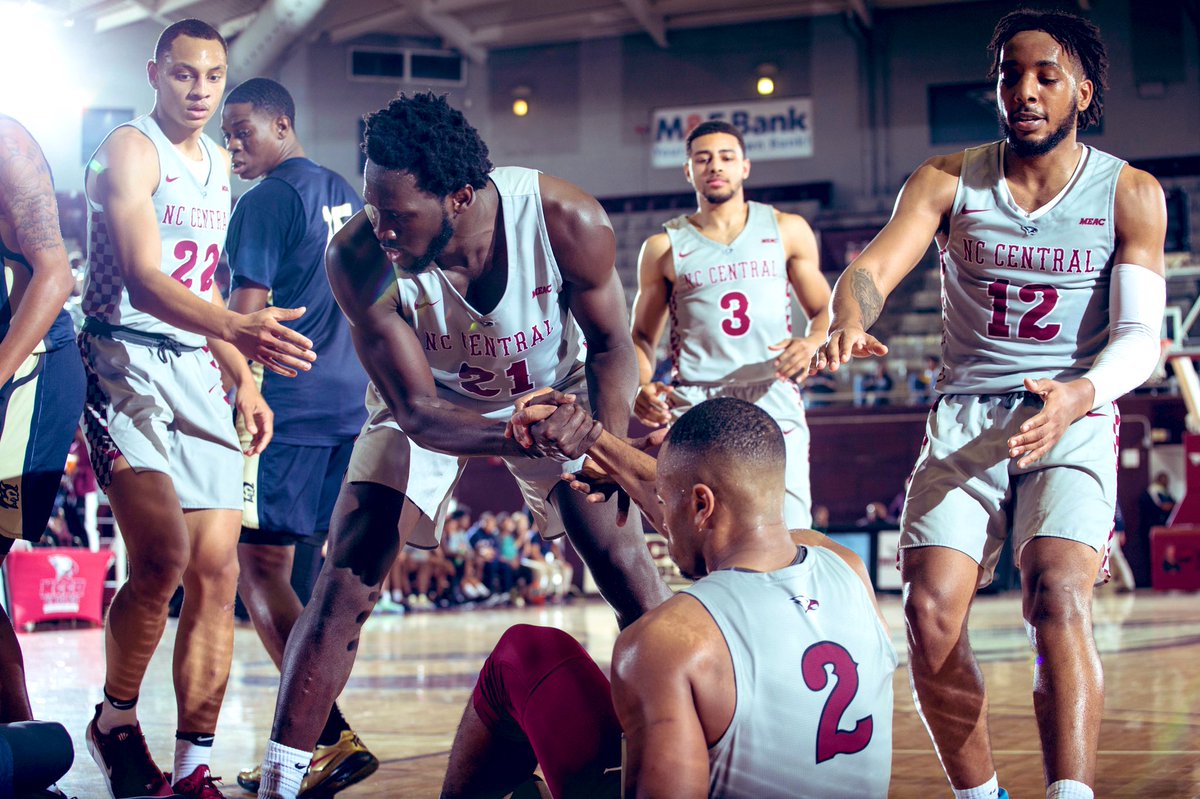 Blount comes up big once again for the Eagles

BALTIMORE – North Carolina Central University found itself down by one with time winding down, but Jibri Blount (Pittsburgh, Pa.) put in a layup with 2.2 seconds remaining to give the Eagles a dramatic 58-57 win over the Bears on Monday, Feb. 10 at Hill Field House.

MSU (13-13, 7-4 MEAC) scored the first bucket of the game, but NCCU (12-12, 8-2 MEAC) then strung together a 10-0 run over the first four minutes to take the advantage.  The Eagles held the lead for a good portion of the half, but MSU cobbled together a 10-2 run over seven minutes of play to tie the game at 22 with four minutes remaining in the period.  NCCU was able to hit a few shots and play sound defense to close the half, and took a 25-24 lead to the locker room.

MSU started the second half the same as the first, but this time around with an extended 11-3 run to take a 35-28 lead after the first four minutes.  Right after that the Eagles pulled back in front after a 7-0 run to continue a highly-contested game.

The lead rocked back and forth as the game went down the stretch, and a layup from Malik Miller (Washington, D.C.) gave MSU a one-point lead at 57-56 with 14 seconds left.  But the Eagles had the right play drawn up as Nicholas Fennell (Bowie, Md.) found Blount open down low for a layup with 2.2 seconds to go to send the Eagles back in front.  The Eagles couldn’t exhale quite yet as they watched a three-quarter court heave bounce off the side of the iron for NCCU to secure the 58-57 win.

After the big layup, Blount reached a game-high 20 points, and reached the 20-point plateau for the 10th time this season.  Blount also added a game-high nine rebounds to his impressive day.  Deven Palmer (Hyde Park, Mass.) connected four times from the perimeter for the second consecutive game, and he scored 17 with six boards for the Eagles.  Jordan Perkins (Greensboro, N.C.) dished out a game-best six helpers with seven points as well”