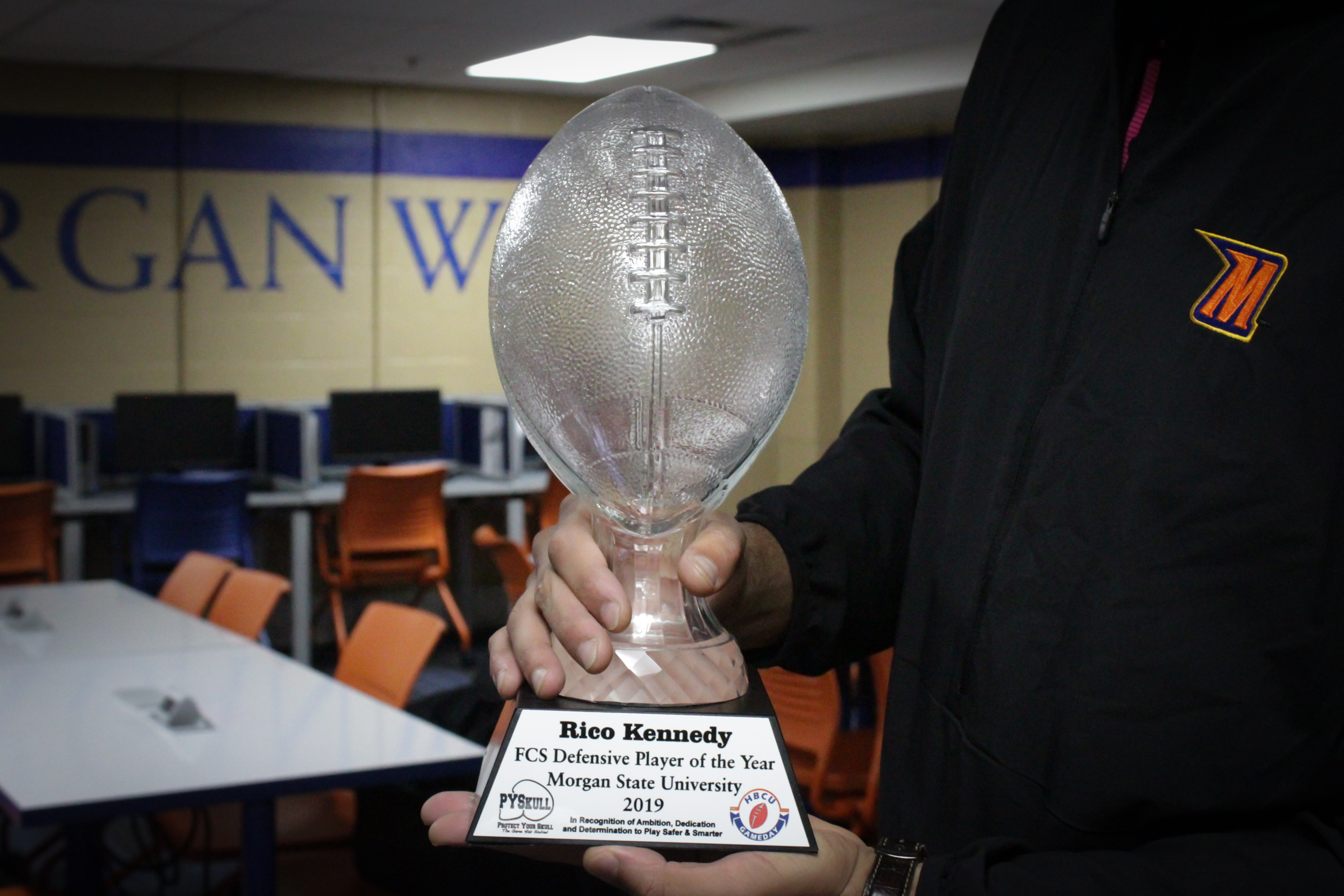 The departing Bear adds a trophy to his accomplishments

BALTIMORE-–HBCU Gameday in conjunction with Protect Your Skull LLC announced earlier this year that Morgan State redshirt senior linebacker Rico Kennedy was awarded the FCS Defensive Player of the Year. The Award recognizes the most outstanding defensive football player from a Division I HBCU.

And last week, the coaching staff received the trophy on the campus of Morgan State on his behalf.

Kennedy finished the 2019 season ranked third in the Mid-Eastern Athletic Conference (MEAC) in tackles with 105, averaging 8.8 per game, and he led the conference with 16.0 tackles for loss — 4.5 of which were sacks. He also added two interceptions, a forced fumble and a fumble recovery on the year.

Kennedy was named the MEAC Player of the Week after leading the Bears with a career-high 15 tackles in a 31-20 loss at Bethune-Cookman on Oct. 5.  He posted four of the Bears’ seven tackles for loss on the day and finished with a sack and an interception.  The four tackles for loss were also a single game career mark.

Kennedy was a finalist for the 2019 Buck Buchanan Award, presented to the national defensive player of the year in college football’s Division I subdivision.

Rico Kennedy is loved and well respected on the MSU campus. He juggles a football career, full class schedule, he’s married as well as a dad.

Coach Antonio James, his defensive coordinator stated that “he is by far one of the great humans I’ve ever had the privilege of meeting.”

Rico’s Morgan State legacy won’t be forgotten. And for the linebacker, he’s still writing his legacy as Kennedy is preparing for the NFL draft.