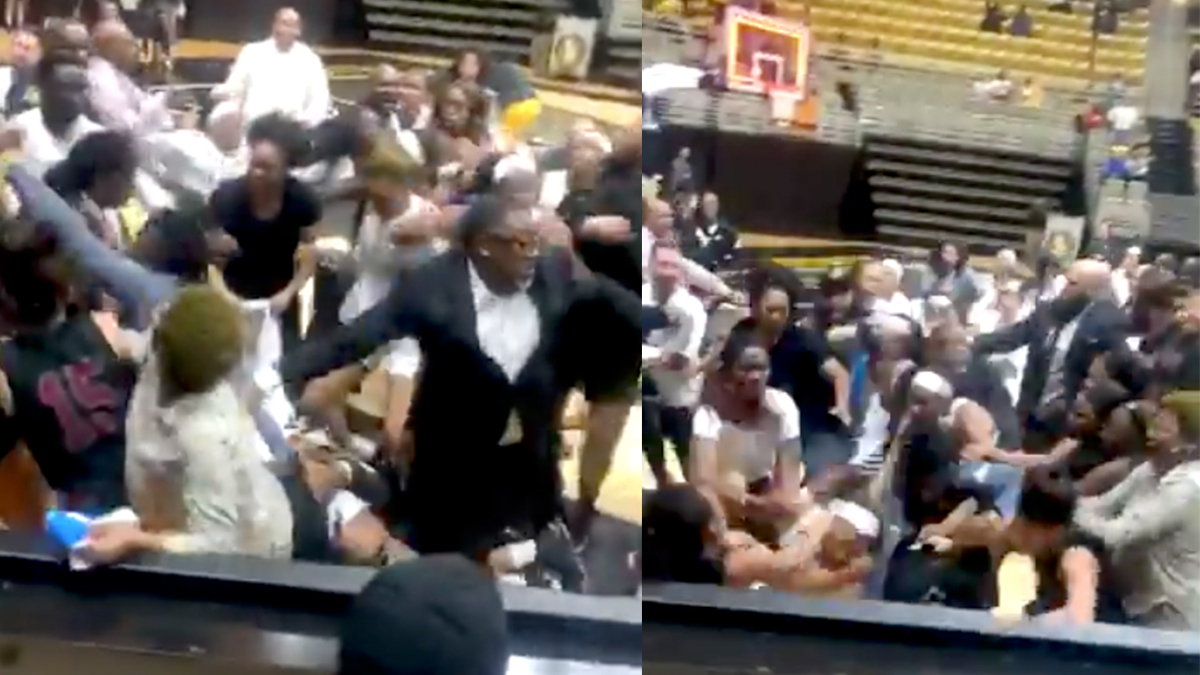 Two women’s squads from the SWAC got involved in a nasty brawl on Monday night.

For the second time in a month, a basketball game between two HBCUs has included a brawl in the state of Alabama.

Texas Southern defeated Alabama State 81-54 on Monday night in Montgomery. However, not all the action was limited to the court.

Here’s video from the brawl, which has gained over 125k views in the first 12 hours after being posted.

The fight was eventually broken up.

A game between two SIAC schools, Tuskegee and Lemoyne-Owens, ended in a brawl that involved both men’s and women’s teams.

HBCU Gameday has reached out to Alabama State for comment and will update when available.

UPDATE: Alabama State has released the following statement on the incident.

“We are investigating the incident that occurred Monday night, February 3, at the Dunn-Oliver Acadome at the conclusion of the women’s basketball game,” Alabama State University Director of Intercollegiate Athletics Jennifer Lynne Williams said. “The conduct of a few of our women’s basketball players at the end of the game was unacceptable. That type of behavior is not a true reflection of who we are at Alabama State University. We have begun the necessary steps to review all of the footage from the event, along with the Southwestern Athletic Conference (SWAC) to determine the appropriate action necessary. I would like to apologize to Texas Southern University, the Southwestern Athletic Conference and Hornet Nation for the lack of sportsmanship from members of our team. There is no place in the world of college athletics for this type of behavior.”

“I am extremely disappointed by the behavior of our women athletes at the end of their game against Texas Southern University,” ASU President Quinton T. Ross, Jr. said. “Alabama State University has a zero-tolerance policy for this type of behavior. As stated by the Director of Intercollegiate Athletics, Jennifer Williams, the matter is being investigated by her department in conjunction with the Southwestern Athletic Conference (SWAC). The University’s actions will be guided by the results of that investigation.”