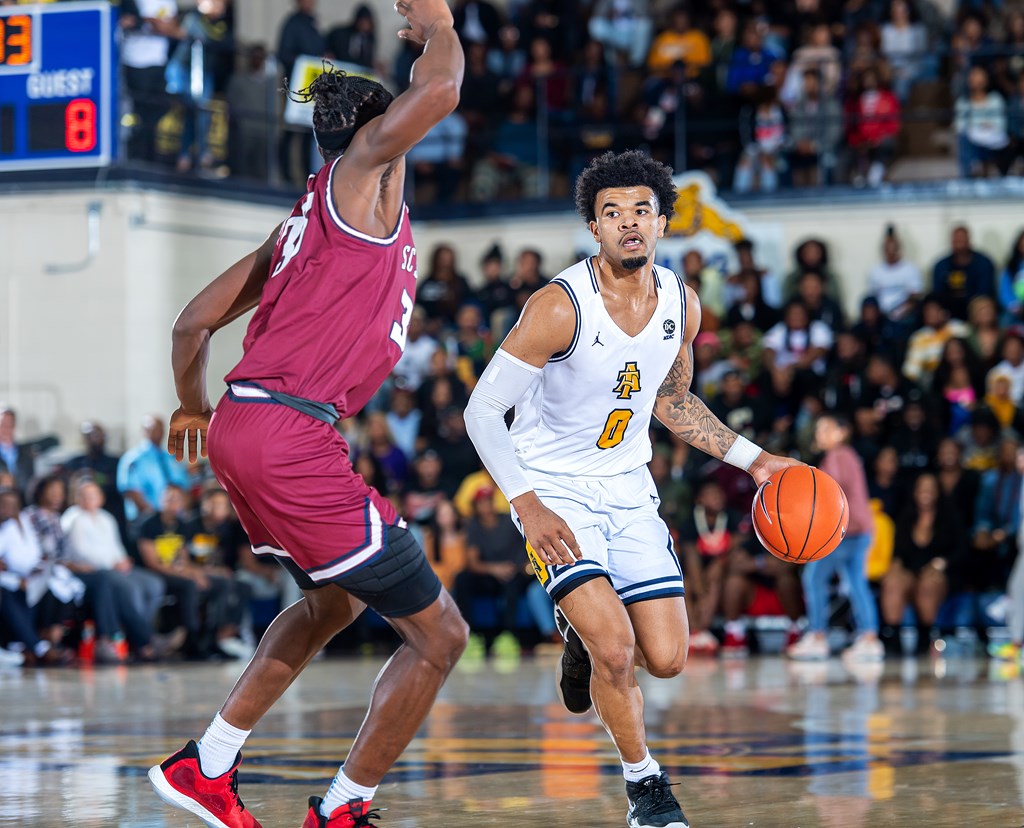 North Carolina A&T rises to first place in the MEAC

The Aggies are top, this time on the hardwood

GREENSBORO, NC—Junior guard Rayshawn Neal a came off the bench to finish with a team-high 17 points in South Carolina State’s, 78-63, loss to rival N.C. A&T State on Monday at Corbett Sports Center.

N.C. A&T had five players to finish in double figures with Ronald Jackson leading the way recording the, games only double-double with a team-high 16 points and 13 rebounds. Andre Jackson added 15, while Kameron Langley tossed in 14 and six rebounds along with teammates Devin Hagood’s 13 points and Kwe Parkers 10 respectively.

Next up South Carolina State returns home for a showdown with Delaware State Monday (Feb. 10th) with the women’s contest beginning at 5:30 p.m., followed by the men in a 7:30 p.m. start.

North Carolina A&T rises to first place in the MEAC