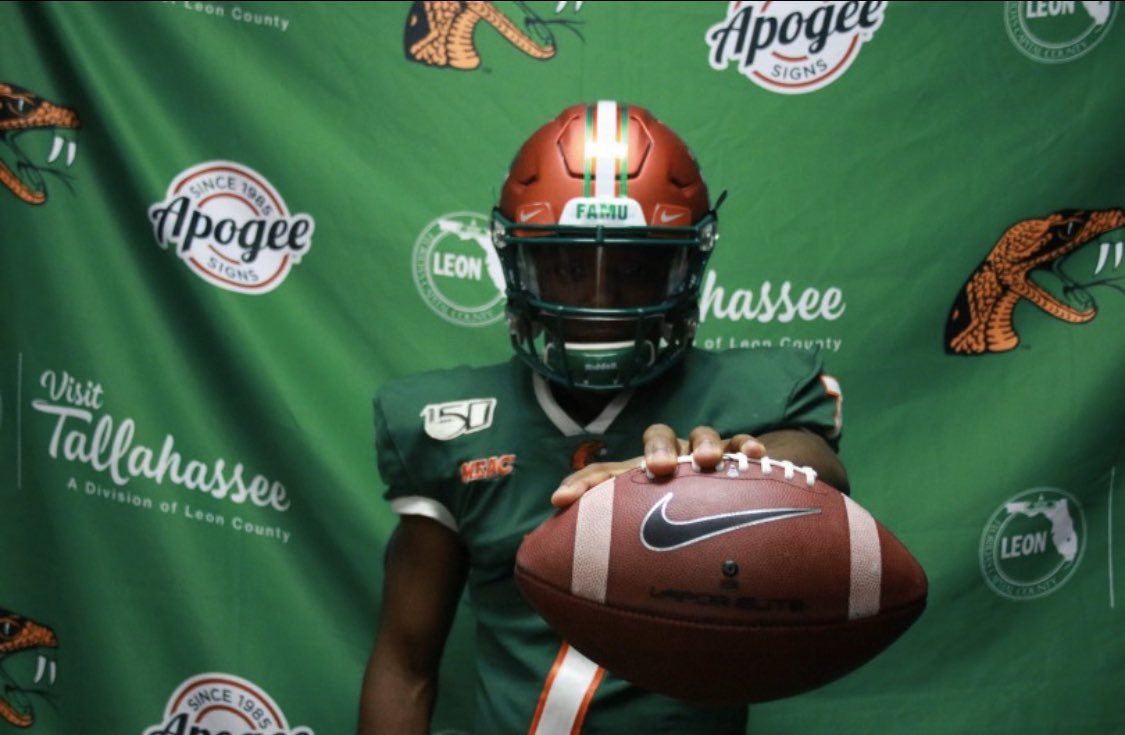 TALLAHASSEE, FL–Florida A&M University has already made headlines this winter with high profile transfer signings. Now a high school recruit with an established name is headed to Tallahassee to play football. Tevin Griffey, son of Ken Griffey Jr., has announced his intention to play at Florida A&M University.

Griffey, a cornerback from Dr. Phillips High School in Orlando, is rated a three-star recruit by 24/7 Sports. According to 24/7 Sports, he has received offers from Michigan, and Toledo.

Since walking off the field in Orlando at the Florida Classic, head coach Willie Simmons and staff have been working hard on the recruiting trail. In December, Orlando Heggs II, an offensive lineman from Wake Forest, transferred to become a Rattler. Defensive Lineman Donald Hall also signed with FAMU.

Heggs II is a native from Jacksonville. Hall joins the team with experience from Praire View.

On Jan.13. former Kansas State quarterback John Holcombe announced on Twitter his decision to play at FAMU. Holcombe is officially enrolled and will play as a redshirt sophomore.