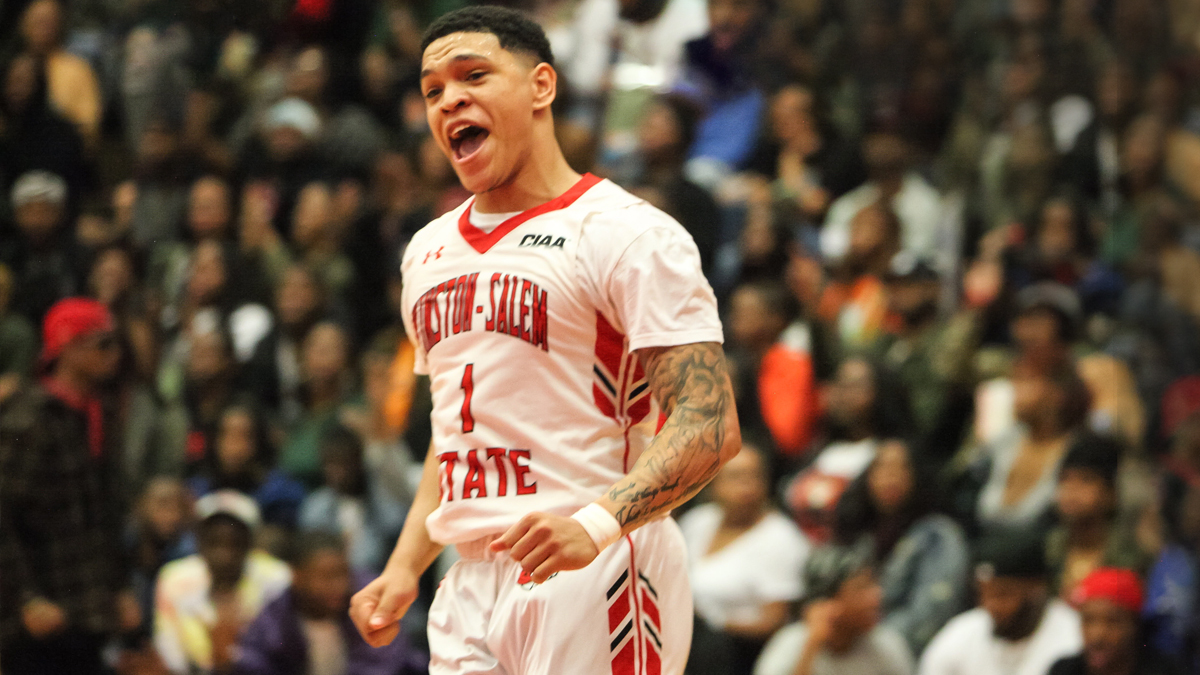 Winston-Salem State takes down Fayetteville State, but its next three games will put it through the CIAA South gauntlet.

It wasn’t the prettiest game all season, but Winston-Salem State managed to maintain first place in the CIAA South with a gritty win over Fayetteville State on Saturday.

WSSU picked up a 61-54 win over Fayetteville State in the C.E. Gaines Center. The win was WSSU’s third in a row and improved its conference record to 7-2 and 3-1 in Division play.

The Rams got a big performance by big man Mason Harrell who put up 16 points and 13 rebounds along with four blocks in the win. Robert Colon scored 15 points on 5-for-11 shooting.

Two years after winning just five games, WSSUs atop its division in late January. It hasn’t won the Southern Division since it returned to the CIAA in 2010 after spending four years on a Division I attempt.

Of course the CIAA Tournament starts in just under a month, which leaves plenty of time for WSSU to lose its lead. It will face three of its toughest rivals over then next week.

First up is a Shaw team that has had its number for years. WSSU hasn’t beaten Shaw since the 2015 CIAA Tournament, when head coach Cleo Hill was coaching in Raleigh. WSSU will look to break the streak on Monday against a Shaw team that is 4-16 overall and has lost 12 games in a row.

The Rams will then return home on Thursday to take on a Johnson C. Smith squad that is hot on its heels in the Southern Division.

And finally, the Rams will travel to Salisbury to take on Livingstone. Livingstone is currently tied for fourth in the division, but has two of the conference’s most dangerous players in guard Roger Ray and big man Lydell Elmore.

We will soon see whether or not the CI Cinderella wears Red Bottoms.