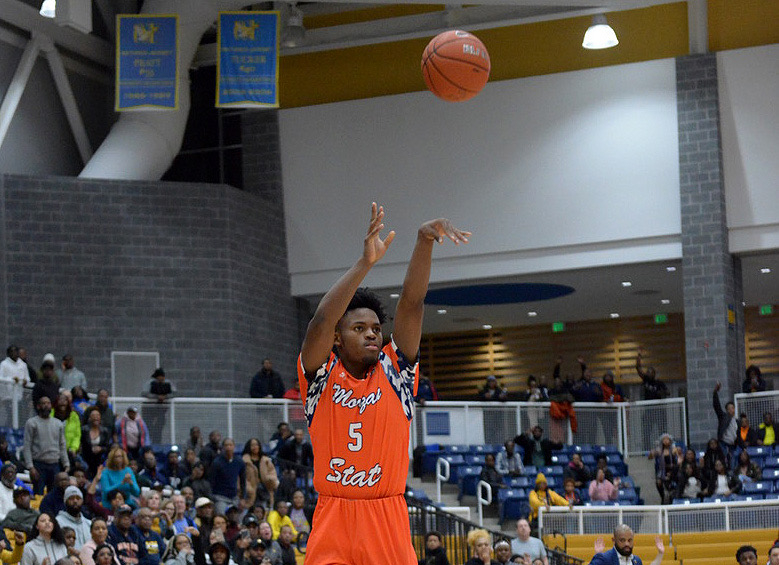 BALTIMORE, MD — Baltimore is filled with basketball programs. With that comes rivalries and storied battles. Morgan State and Coppin State stepped up to the plate to add another chapter to their tense rivalry on Saturday. After the dust settled, MSU left West Baltimore with a 50-48 win.

Morgan State head coach Kevin Broadus said he didn’t want his team to feed in to the hype of the game. He said he wanted them focused on the task at hand. Well, the Eagles gave him a warm introduction in the first half. They were up 21-7 late in the first half. The Bears missed 31 shot attempts and even five free throws.

The Eagles were up by 10 points at halftime. Coppin State coach Juan Dixon exchanged some pleasant trash talk as both teams walked off the court. Even some assistants were vocal as well. The game definitely had the feel of a rivalry.

As both teams returned, the script was flipped.
The Eagles had 13 turnovers, missed 15 shots and only shot 40 percent from the free-throw line during the 2nd half. Despite being sent in the double bonus, the Bears fought back got the game close.

After a clutch jumper from Stanley Davis, the were up 48-44. Dejuan Clayton scored, and cut their lead to two points.

But there was an error between the scoreboard and live stats. Morgan was up 48-46 and CSU had the ball. After a long review, the Eagles deficit was cut to one point. With that, Clayton went to the free-throw line on their next poession and hit both free throws.

So instead of being tied, the Bears were down one.

Sophomore guard Sherwyn Devonish-Prince hit a big 3-pointer to give his team the lead. Right after that, the Eagles sent a shot into the air — and connected. After review, the potential game-winning shot was called off.