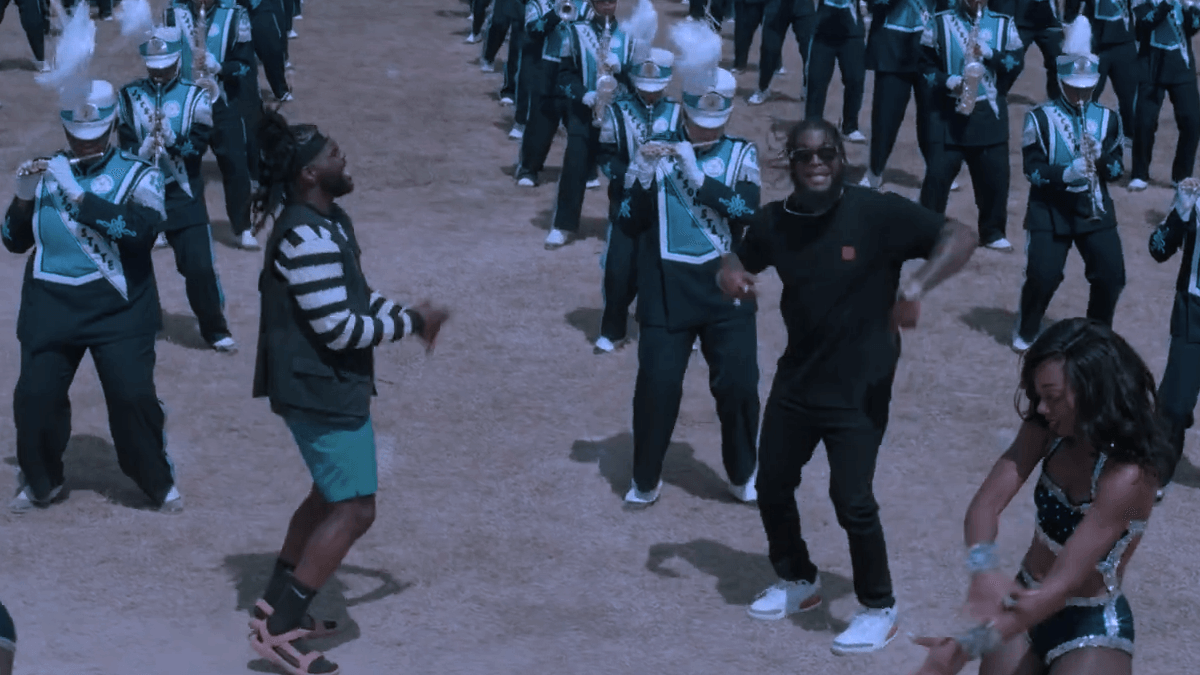 The Sonic Boom of the South links up with local artists

There’s always an HBCU band being spotted somewhere it seems. This time, the Sonic Boom of Jackson State is in the spotlight. Mississippi music artists Dear Silas and Big K.R.I.T.’s video “I Got It” features JSU’s very own Sonic Boom of the South.

Dear Silas, whose full name is Silas Stapleton III is a native of Jackson, Mississippi. And as a trumpeter himself, he automatically thought about the powerful band from his home area.

“They are the baddest band in the land. Of course, they needed to be in the video,” he told the Jackson State University website.

Silas had a JSU Alum play a big role in setting this up. His attorney Jeffrey Graves graduated from the institution and helped Silas get in contact with the band.

Dr. Roderick D. Little, associate director of bands and marching band director of the Sonic Boom was very open to the opportunity.

“We play a variety of music from original compositions to popular contemporary music. Hip-hop and what we play correlate with each other vastly because we always attempt to appeal to the younger generation because they are the age group that we attract as potential members,” Little shared.

Dear Silas wants “I Got It” to accurately show his home area in a positive light. And with Sonic Boom of the South in the video, his intended impact is following through.