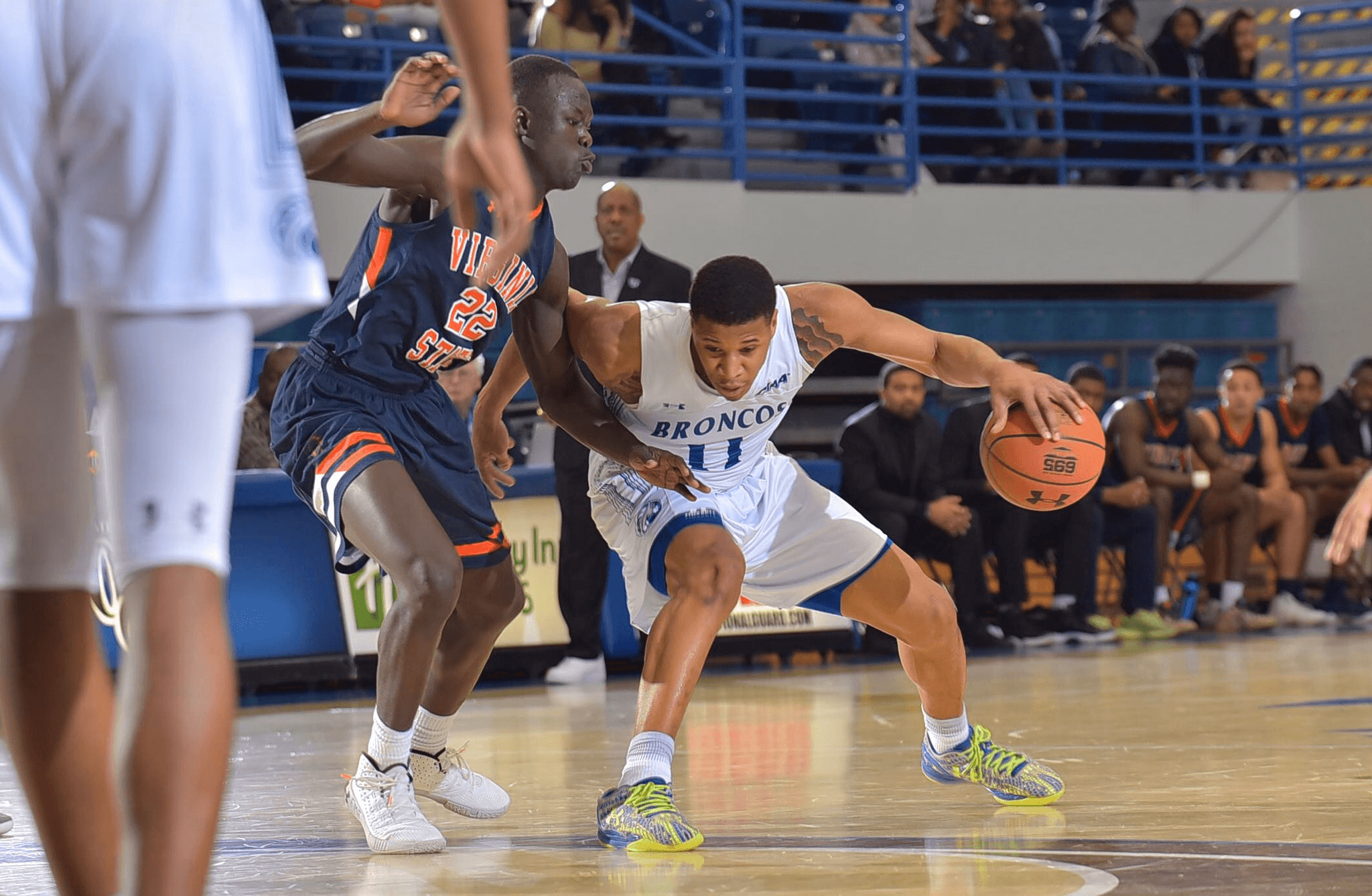 Virginia State takes one away from Fayetteville State on the road

Mark Burton (Tokyo, Japan) capped a 7-0 Bronco run with a fast-break layup and a three-pointer to help cut the deficit to four (51-47) with 7:20 left. Fayetteville State continued to scrap and trailed by three (59-56) following a couple of free throws by Will Brown (Gresham, SC).

Ryan Jones nailed a banked three-pointer at 1:13 to up the score to 61-56 and Walter Williams followed with one of his own to push the lead to 64-57 with 49 seconds left in regulation.

The Broncos were outrebounded 33-28 for which the Trojans grabbed 21 defensive boards limiting FSU to nine second-chance points. VSU also had 15 points off turnovers from the Broncos’ 14 turnovers.

Williams of VSU led the game with 16 points and Andrew Corum finished with ten.

Fayetteville State will travel to rival Winston-Salem State on Saturday, January 25 for a 4 pm divisional matchup.

Virginia State takes one away from Fayetteville State on the road