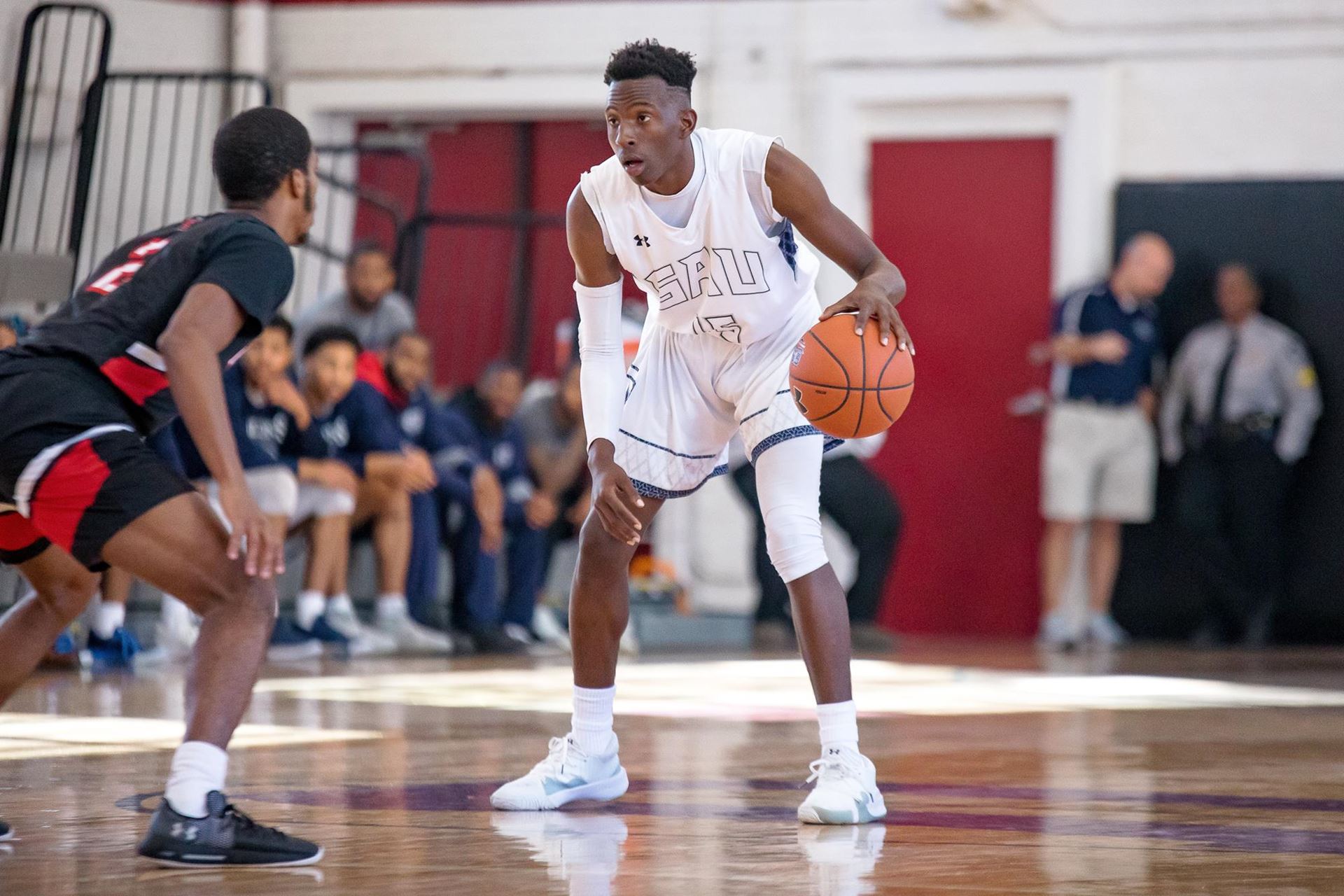 Falcons dig out of deficit in final five minutes of the game.

Both teams provided highlight-reel plays, including a one-handed rim-rattling dunk in the first half by Aaron Johnson-Cash (So./San Francisco, CA). But in crunch time, the Falcons got the stops they needed to pull out the road win one week after falling to the Blue Bears in Raleigh, N.C., after a late rally. The Falcons forced 20 turnovers Wednesday including four in the final six minutes when they started their run.

Down by five with six minutes left, the Falcons dug deep defensively and forced either bad shots or turnovers. The Blue Bears were held without a point for over three minutes while the Falcons chipped away at their deficit. Gary Jefferson (Jr./Baltimore, MD), who scored 15 of his 18 points in the second half, tied the game twice, the second time at 66-66 on a jumper at the 1:12 mark. The Falcons’ defense came up big again by forcing a turnover on the in-bounds pass, which led to a Livingstone foul.

Karaan Clemonts (Jr./Weldon, NC) knocked down 1 of 2 free throws for a 67-66 SAU lead, then the Falcons regained possession on a block by Hirk Williams (Sr./Manassas, VA) with under a minute remaining. Gaddy, who scored a game-high 21 points on 5 of 6 three-pointers, was 4 of 4 from the free-throw line and Clemonts was 1 of 2 in the final minute as the Falcons led 72-67 with seven seconds left.SAU fans held their breath, however, as the Blue Bears made a layup and regained possession with 2.9 seconds left after the Falcons threw a length-of-the-court in-bounds pass that went out of bounds.

The Falcons’ faithful let out a big sigh of relief after a corner three-point attempt by the Blue Bears, that could have tied the game and forced overtime, rattled in before popping out as time expired. Clemonts added eight points, four rebounds and four assists at the guard position for the Falcons (1-6 CIAA, 6-11 overall). Johnson-Cash had eight points, four blocks and three steals and Miguel Brown (So./Wilson, NC) and Williams both chipped in six points.

A telltale sign of how effective the Falcons were defensively? CIAA leading scorer Roger Ray totaled 18 points but was 6 of 15 from the floor. Last week Ray erupted for 37 points in a road win over SAU, but the Falcons contained him throughout most of the rematch.