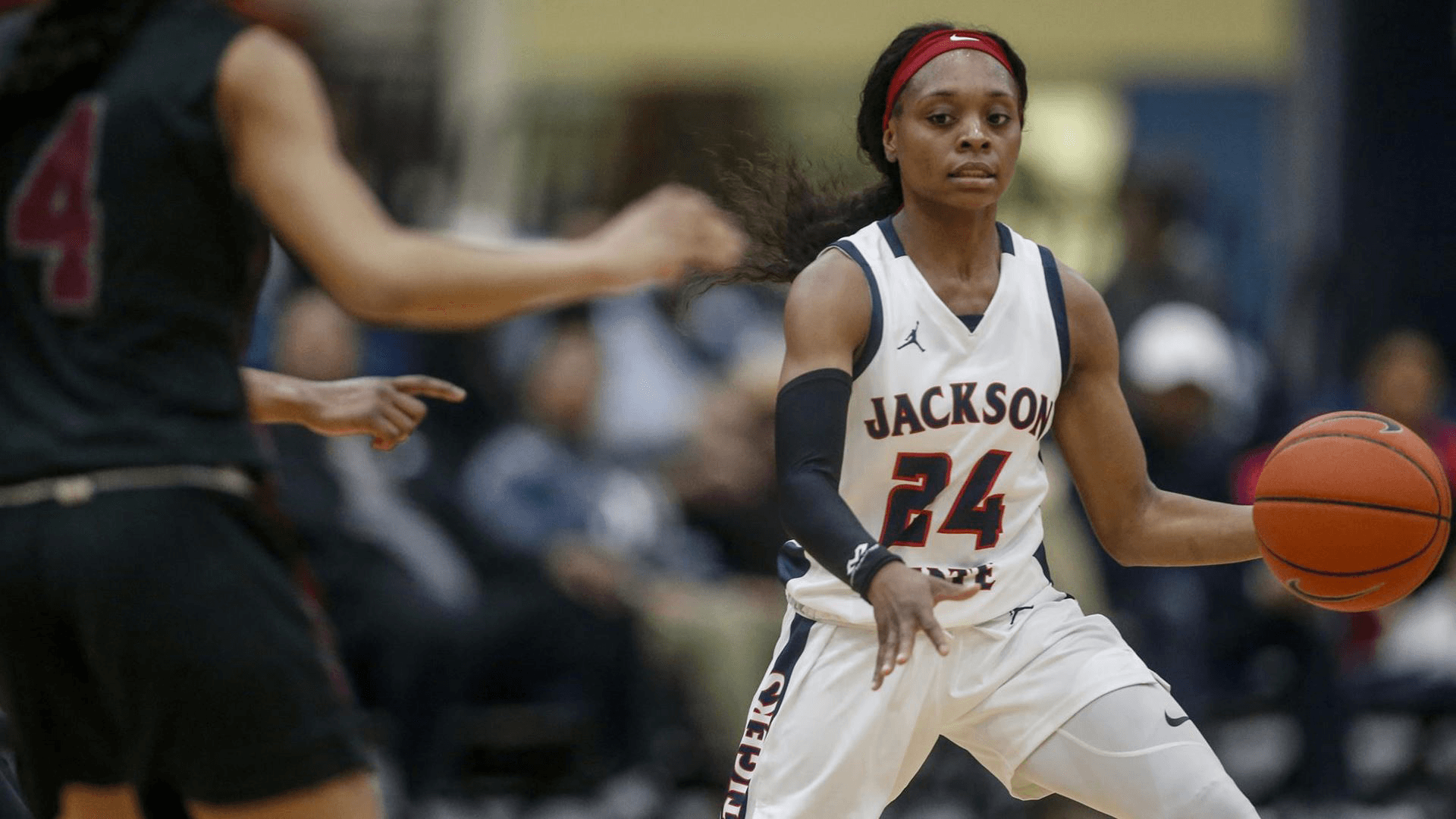 With the win, the Tigers improved to 7-8 overall and 5-0 in SWAC play and standalone the top of the conference standings. TSU falls to 8-7 and 3-1 in the conference.

Rogan had the hot hand throughout the night and scored a game-high 24 points on 8-of-11 from the field. The Ripley, Mississippi native also went 3-for-3 from beyond the arc and grabbed nine rebounds.

Ameshya Williams secured the double-double with 15 points and 14 rebounds while adding four blocks.

Marneisha Hamer added 10 points on 4-of-6 shooting from the field. The Memphis native also hit a key three-pointer in the fourth quarter to tie the game and face overtime.

JSU also dominated in front of the basket with 55 rebounds and 32 points in the paint.

There were 10 lead changes and the largest lead by either team was eight points.

The Blue & White return to action Monday and host Prairie View at 5:30 p.m.