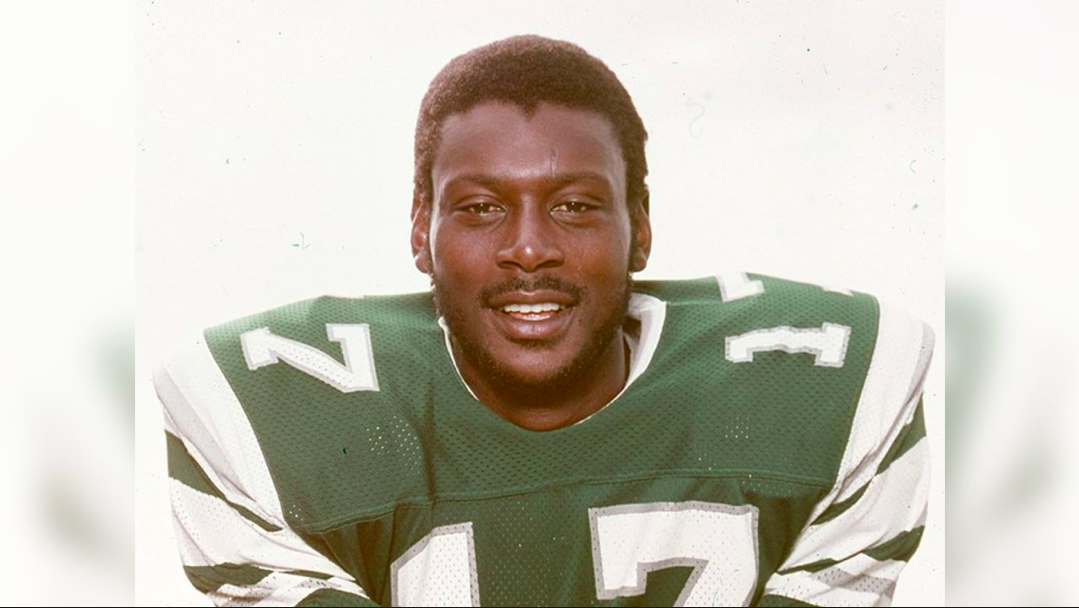 After a storied career with the Philadelphia Eagles, Harold Carmichael is headed to the Pro Football Hall of Fame.

The list of Pro Football Hall of Fame players from Southern University just got bigger.

Harold Carmichael will be a part of an expanded class of 20 new members of the Pro Football Hall of Fame, coinciding with the league’s 100th season celebration. The former Southern star had a brilliant career with the Eagles from 1971-83. Carmichael is part of the NFL’s Centennial Slate of inductees.

“Congratulations to Harold Carmichael on being selected to the Pro Football Hall of Fame,” Chairman and CEO Jeffrey Lurie said. “Our entire organization is so proud to see Harold earn this well-deserved honor. Harold revolutionized the wide receiver position and became one of the most productive players of his era and in the history of our franchise. He was inducted into the Eagles Hall of Fame in 1987 and his records will always rank among the all-time greats, but Harold’s true contributions to our game extend far beyond his on-field accomplishments.

“Harold has served as a role model, mentor, and friend to so many during his four-plus decades in Philadelphia as a player, executive, and ambassador. He is a one-of-a-kind person who loves this organization, who loves this city and its fans, and who treats everyone with dignity and respect. We are excited to celebrate this honor with Harold and his family.”

Carmichael will join fellow Jaguars Mel Blount and Aeneas Williams in the Hall.

Carmichael was a seventh-round draft pick from Southern University who became the Eagles’ all-time leader in career receptions (589), receiving yards (5,879), and receiving touchdowns (79). He put together an incredible resume at a time when defensive backs were permitted to physically engage receivers up and down the field.

It didn’t matter to Carmichael, the 6-foot-8 pass-catching machine who starred during some lean Eagles seasons when defenses knew he was the only threat in the Philadelphia passing game. In 180 career Eagles games – including a franchise-record-tying 162 consecutive games – Carmichael delivered every week, and every season. Among his accomplishments …

When he finished his career, Carmichael ranked second in the NFL with a franchise-record 8,978 receiving yards, trailing only Pro Football Hall of Famer and Grambling State alumnus Charlie Joiner (9,488) during that span.

Read more about his accomplishments on the Philadelphia Eagles’ website.