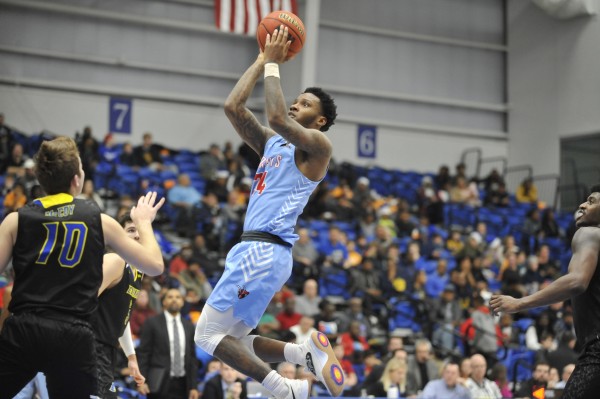 Hornets sting the Eagles at the buzzer

Delaware State suffered an unexpected loss to Washington Adventist two weeks ago. The loss to the NAIA team maybe signaled a giant red flag for the Hornets coming into MEAC play. Saturday, it defeated NC Central 68-66 after a furious comeback.

With less than three minutes left in the first half. NC Central was up 16 points and cruised into halftime with a 15 point lead. They shot 62% from the floor looked to quiet the home crowd.

The Hornets came out of their nest after halftime and flipped the script. They held the Eagles to 22 points while almost doubling their opponents with 39 points in the second half. John Crosby was a man on a mission, scoring 18 points even while playing most of the game in foul trouble. His team had four players in double figures; nearly six.

This game went to the final seconds, literally. The Hornets had the ball with three seconds left with the game tied. John Crosby called game with an ice-cold running jumper at the buzzer.

And with their first win against a Division I opponent this season, the Hornets did it in style.

The Eagles played a good game but their scoring went cold in the Hornets nest. Also, having five players with at least four fouls doesn’t help either.

It’s conference play and the Hornets are an example of what happens of when a team gets hot at the right time.