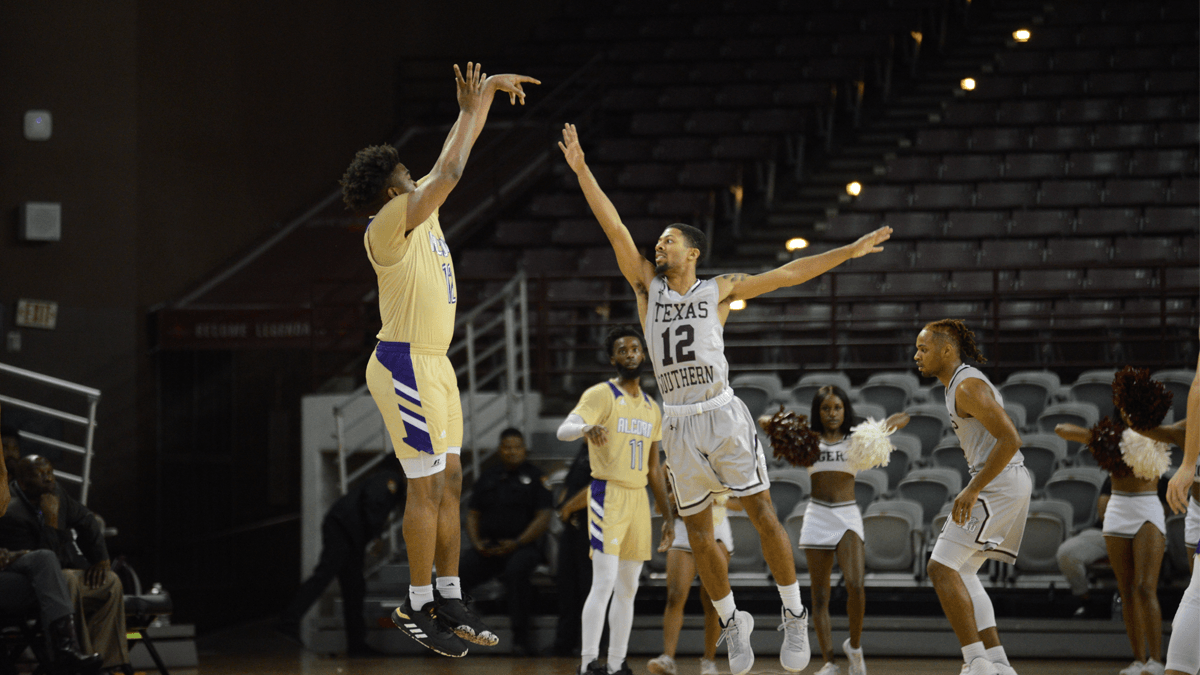 With Tyrik Armstrong looking on, Alcorn State rains threes in a big win.

Texas Southern normally takes its bumps in nonconference and streaks through the SWAC. Not on Monday night.

Maurice Howard and Corey Tillery both had career nights on Monday leading Alcorn State (5-8) past Texas Southern (4-11) in Houston 95-80. The Braves filled it up from downtown, shooting 60 percent on three-pointers, going 17 for 28. Howard knocked down 31 points while Tillery chipped in with 26 points.

The Tigers were missing its biggest gun on Monday as Tyrik Armstrong sat the game out while in a walking boot. Armstrong last played on Saturday night in a win over Southern University. The Tigers had four players in double figures, led by Bryson Etienne who scored 20 points.

Howard was 5-8 on three-pointers and made 14 of 16 free-throw attempts during the game.

TSU is back in action Saturday night versus Prairie View A&M.  The Braves will play their first conference home game Saturday when they host Jackson State at 5:30 p.m. at the Davey L. Whitney Complex.