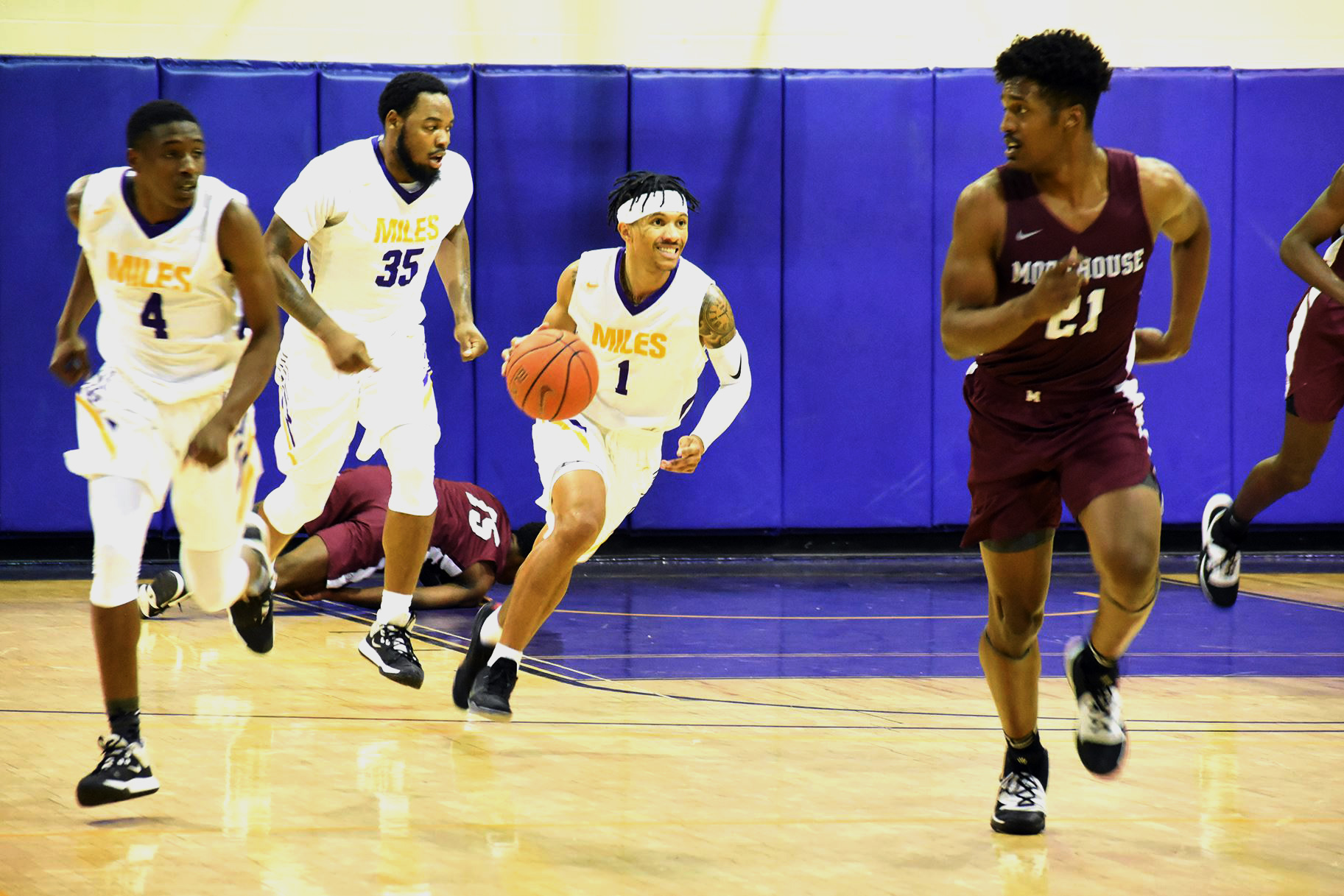 Miles runs away from Morehouse in second half

The defending SIAC Champions have yet to lose on its home floor this season.

Morehouse (7-6) followed a solid game plan during its trip to Miles College (8-2), for the first half at least. The Maroon Tigers surrendered a two-point halftime lead and Miles College turned up the heat and coasted to a 70-49 win to remain unbeaten on its home floor.

Miles had three players in double figures with Jelani Watson-Gayle leading the way with a game-high 17 points. Despite trailing 30-28 at the break, Miles College shot 12-24 from the field in the second half including 6-13 on three-point attempts. Morehouse shot 58 percent in the first half before being limited to 31 percent in the second half going 7-22 from the field.

Morehouse missed all four of its three-point attempts in the second half and only hit two the entire game. Miles won the rebounding battle 33-27 and committed seven fewer turnovers (25-18) than the Maroon Tigers. Jarius Adley led Morehouse with ten points.

Miles runs away from Morehouse in second half