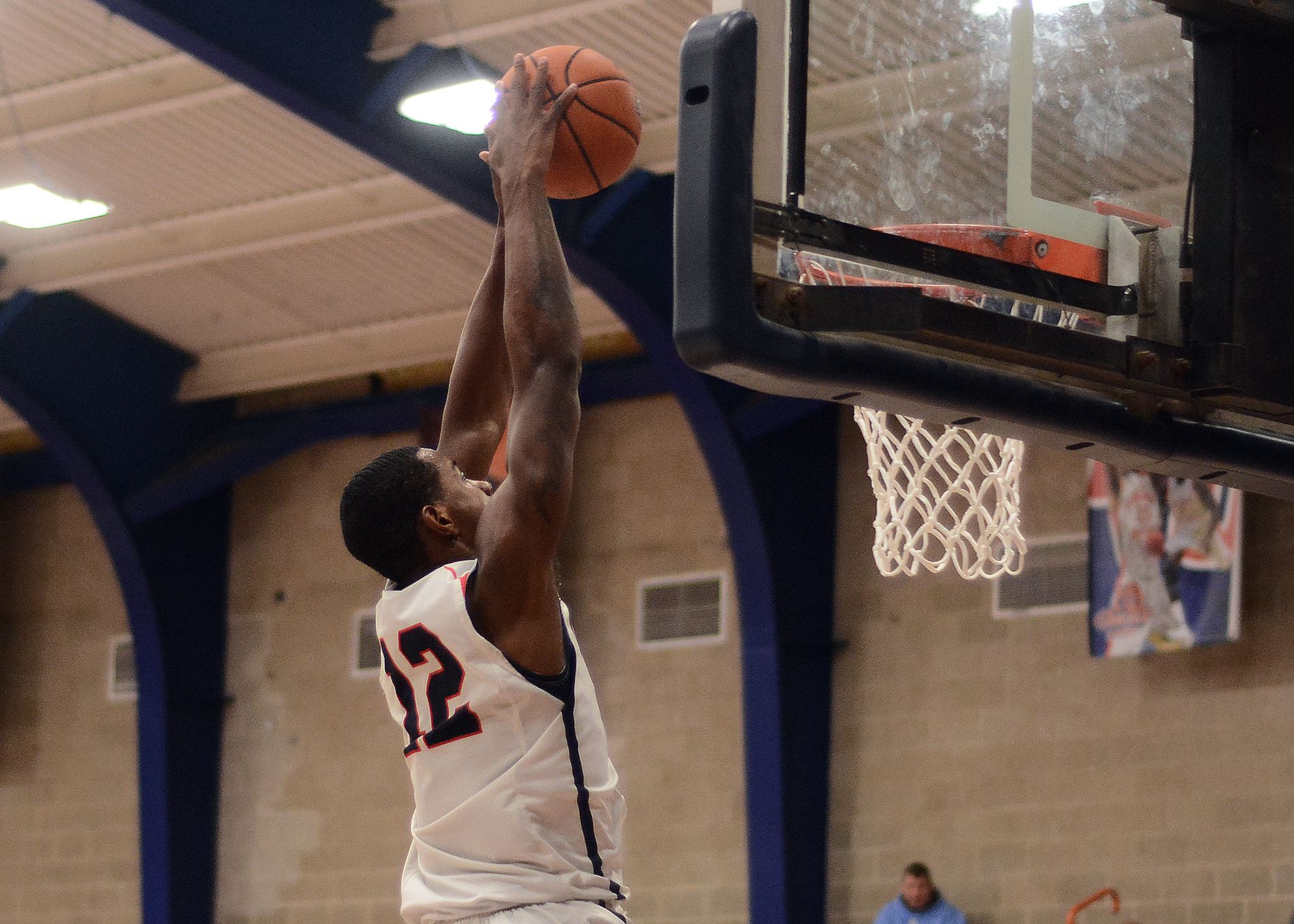 Lincoln University, Pa. –   Six players scored double figures as the Lincoln University men’s basketball team opened up the second half of their season and the new year with a 93-83 win over Livingstone College Saturday Afternoon at Manuel Rivero Gym

The Lions improve to 3-11 with a win while Livingstone falls to 8-5 with the loss. The game was designated as a non-conference game as the Blue Bears defeated the Lions 67-63 in the Central Intercollegiate Athletic Association (CIAA) contest earlier this season in Salisbury, North Carolina.

Deaquan Williams (Camden, N.J./Camden) recorded his seventh double-double of the season scoring 12 points and grabbing a season-high 18 rebounds (16 off the defensive glass).  His 18 rebounds are the most by a CIAA player in a game this season and one shy of his career-best 19 that was set last season against Claflin University.

Neither team led by more than six points throughout most of the first half with the Lions posting a six-point advantage at 25-19 following a blue three-ball with 8:42 left and the Blue Bears holding a two-point lead 11-9 with 16:03 left.  Following blue’s bucket, the Blue Bears went on a 12-6 spurt to tie the game for the seventh time, 31-31 with 4:33 left.   The Lions countered with an 11-2 run to take their biggest lead of the half at 42-33 before LC’s Cameron Carpenter sank a buzzer-beater from just inside the half-court line to make the score 42-36 at the half.

The Blue Bears kept the game close for the first seven minutes of the second half as the Lions lead increased their lead to eight only to see it cut to one 53-52 with 13:03 left.  Lincoln then ran off ten straight points to take their first double-digit lead of the game 63-52, getting three-balls from Lightsey and Dunlap, along with a dunk a two free throws from Camper.  The Blue bears countered with a 1203 spurt to again pull within two 66-64 with 9:06 left.  Another run from the Lions pushed the lead back up to nine with 80-71 at the 5:37 mark with Dunlap nailing a three-pointer to cap it off.

Livingstone came no closer than six the rest of the way as Lincoln pulled away in the final two minutes, making eight of 12 free throws to seal the ten point win.

The Lions return to action on Tuesday, January 7, 2020 as they travel to face Elizabeth City State University in the first game of a three-game conference road swing through North Carolina.