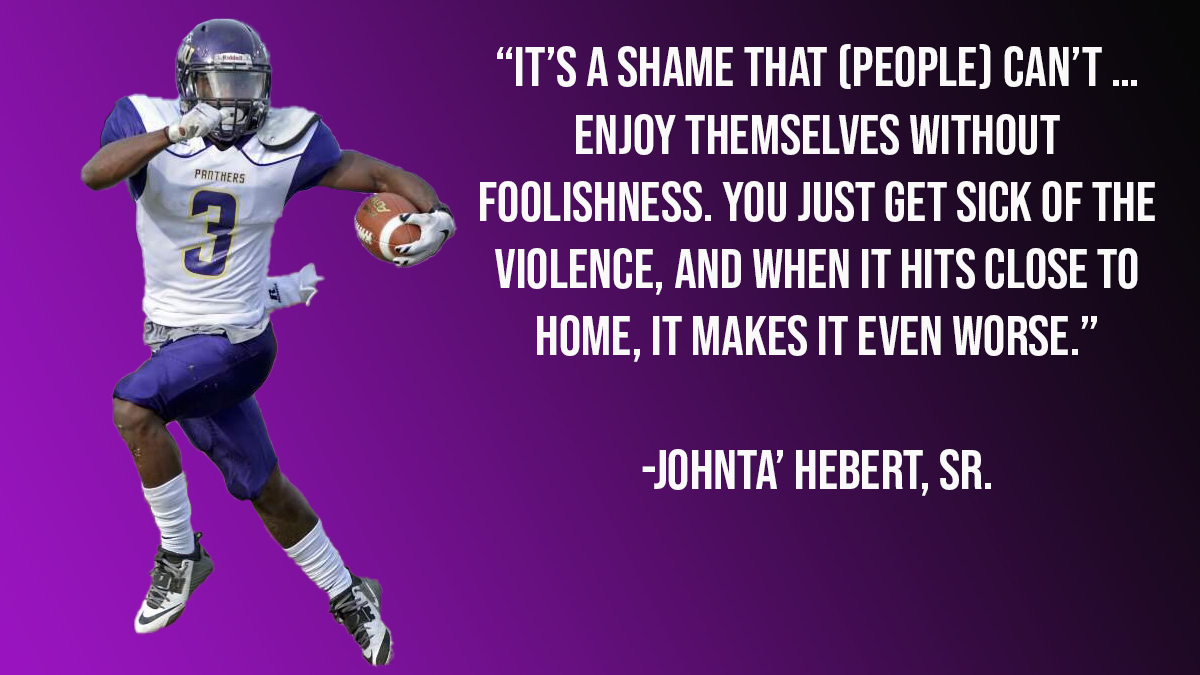 Former SWAC star among those wounded in New Orleans

A former Prairie View football star from Baton Rouge was among those hit by gun fire on Sunday morning in New Orleans.

Saturday night’s violence in New Orleans did have a direct connection to HBCU football.

Former Prairie View star Johnta’ Hebert Jr. was one of ten who were hit by bullets on Canal Street Saturday night, according to his father. He was released on Monday after suffering wounds to the abdomen and right arm.

“It’s a shame that (people) can’t … enjoy themselves without foolishness,” Hebert Sr. told NOLA.com. “You just get sick of the violence, and when it hits close to home, it makes it even worse.”

The shooting occurred at approximately 3:20 AM on Sunday night, hours after the Bayou Classic between Southern and Grambling. His father said he and his siblings have ties to both schools.

The Baton Rouge native played his high school ball at Glen Oaks. Southern chose not to offer him a scholarship, so he went to Texas where he was an impact player on the field for Prairie View from 2012 through 2015. He ran for 3,124 yards in his career and 24 touchdowns. His best season came as a junior in 2014 as he ran for 1,063 yards and 12 touchdowns.

He earned an invite to Redskins mini-camp following his senior season and spent some time in the NFL.

Former SWAC star among those wounded in New Orleans